Valentine Ozigbo, the People’s Democratic Party (PDP) candidate in the 2021 Anambra Governorship Election, has condemned the mass murder over the last weekend at a funeral ceremony held in Ebenebe, Awka North LGA of Anambra State, describing it as shocking and unacceptable, Jude Atupulazi reports.

According to eyewitness accounts, at least sixteen mourners were killed and several others wounded when a gang of thugs believed to be cultists attacked the burial ceremony of the late Mr Chibuike Joseph Chukwuka, who was reportedly assassinated at the age of 32. The sad event occurred at Umuonuefi Primary School field, and social media videos showed victims lying in pools of blood and a desecrated coffin. The Anambra State Police Command had described the late Chukwuka who was to be buried that day as a notorious criminal, as well as a member of the Indigenous People of Biafra, IPOB. The police further claimed that the deceased took part in many attacks on police personnel and police facilities.

But in a statement made available to the press on Monday, February 28, 2022, Mr Ozigbo described the tragic incident as shocking, unacceptable and a horror that must be collectively condemned.

‘Over the weekend, I received the report of a horrific incident in Ebenebe where about sixteen people were killed as they attended the funeral service of their relative and friend, whose life was also tragically cut short,’ Ozigbo, an internationally-recognized peace advocate, said. 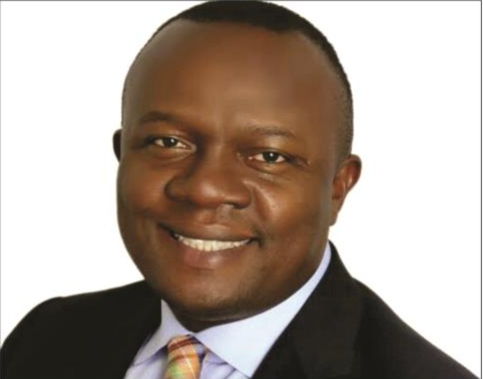 He described the images of the crime scene shared on social media as shocking, horrific, and something that should not be normalized in any way.

‘The South East, particularly Anambra State, has witnessed tragic waves of violence which have claimed the lives of hundreds of our people, both young and old,’ Ozigbo regretted.

Ozigbo, whose non-profit organisation, the Valentine Chineto Ozigbo (VCO) Foundation, has been in the forefront of several peace-making initiatives in South Eastern Nigeria, called on the Anambra State Government and other concerned stakeholders to ‘make solid efforts towards securing life and property in the state.’

He noted that the latest incident marked a turning point in the decline of Igbo values and should be unacceptable. He called for urgent steps by leaders to halt the trend.

‘This is not an issue to be treated with kid’s gloves or swept under the carpet. We must address the root cause of this anomaly and not just the symptoms.

‘We must go back to the drawing board, re-assess our value system, emphasize moral values and uphold the sanctity of human life.

‘Importantly, we must assemble, as soon as possible, the leaders of thought, political, traditional, women, and youth leaders, need to come together and re-evaluate our moral code. We must take steps to arrest this development before it consumes us all,’ Ozigbo warned, while commiserating with all those affected by the attack and the members of the Ebenebe Community who had been traumatized by the event and prayed for God to grant the souls of the departed a peaceful repose.