A zealous young male hawk went to market and bought five cups of parboiled breadfruit to quench hunger. On reaching home, he asked his mother to cook it for him. It is the nature of breadfruit to sink in quantity after cooking. But the young hawk was ignorant of it. The caring mother heartily did the cooking well. She poured the entire content into a round plate and kept for her son, without taking any for herself.

After few minutes, the hungry young and greedy hawk arrived home and demanded the delicacy from his mother. The mother served it to him with every motherly care. When the son opened the plate, the quantity he saw was not up to what he gave her to cook.

He accused his mother of having eaten the greater part. Angrily he smashed the food and the plate on the floor. Then he locked his mother inside the house and set it on fire. He flew away as the fire raged. The mother cried for help but none came. Consequently she was burnt to ashes in the inferno.

When the greedy hawk’s anger subsided, he pitifully flew back to rescue her mother. Unfortunately, it was already too late. Her mother has turned into ashes.

The young hawk with tears was hovering over the smoke searching for her. The search was all in vain. The evil deed has been done. He regretted for his wicked action against her caring mother. Till today the hawk hovers around wherever there is fire and smoke looking for his mother. 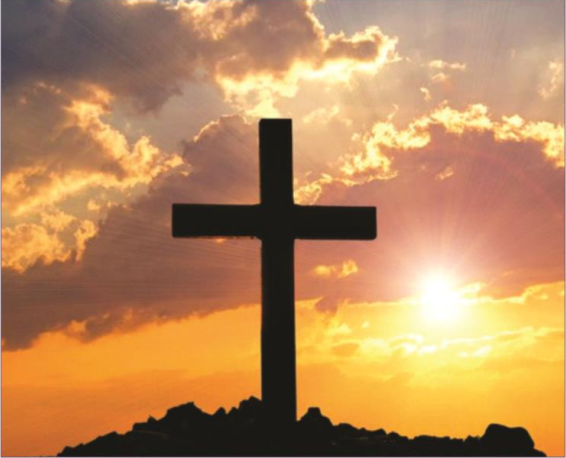 There was the case of a foolish man who pursued a stubborn rat causing havoc in his house from time to time. The rat eluded him severally. He was confused on how best to eliminate the rat. Later an idea came into his mind to set the house on fire so that the inferno would consume the stubborn rat. He did so.

The house which he built with his hard earned money was razed down in a twinkle of an eye. He was not even sure whether the rat was killed therein. What a great loss and stupidity!

A certain mad man came out of his house one day. His mental imbalance was at the climax on that very fateful day. Happily, he set his house on fire and shouted, “Well done!” He walked away with pleasure. This is the reason why mad persons are homeless and delight in wandering about aimlessly.

Where am I going? The problems surrounding this year’s Easter celebration is man-made. We are suffering from insecurity all over the country. People are being dastardly killed here and there by terrorists, kidnappers, bandits, herdsmen, unknown gunmen, ritualists, cultists and other criminals.

People’s houses, public establishments and offices are set on fire by heartless persons. Kidnapping for ransom and for ritual has become a daily occurrence. When you wake up in the morning, you are not sure of seeing the next day. Some people travel without return. These are sadly happening as the Easter Celebration is here.

The year 2020 remains indelible in every mind as the year Easter Celebration was sadly interrupted by the Coronavirus pandemic worldwide. The Holy Week that year was not publicly celebrated with the congregation. Priests had to do the symbolic liturgical ceremonies alone.

It was like playing instruments and dancing alone. Even Easter Sunday was celebrated without the people of God. It was a year of stay-at-home for fear of Coronavirus. The church became empty. Empty tomb met empty church on Easter Sunday 2020. It was unimaginable.

Satan held a feast in hell on that empty Easter Sunday for having subdued Christianity with the Coronavirus pandemic. Despite that seemingly victory, it has been observed that insecurity is worse than Coronavirus. If you place Coronavirus side by side with insecurity, almost everyone will choose Coronavirus. Are you with me?

Despite the state and national security threats in this year 2022, we are celebrating Easter. Easter is Jesus Christ’s victory over death through the Cross. He underwent the Agony in the Garden all night. He was betrayed by one of his Apostles called Judas, who was greedy for money. Unfortunately, he did not live to enjoy the proceeds of his betrayal. He committed suicide, having been weighed down by regrets.

Was it a willful suicide? The answer shall be available on the Resurrection Day. There are many Judases today in our society betraying one another. Are you one of them? An examination of conscience will convince you. Jesus was handed over to Jewish Army for crucifixion by Pontus Pilate. Even though Pilate washed his hands for being innocent of the death of Jesus Christ, the Creed we recite daily says, “He was crucified under Pontus Pilate.”

Lawyers, Magistrates and Judges should be careful of handling cases brought before them in Law courts. Innocent persons should not be condemned while the accused go scot free due to money or power inducements. Even though the Learned Men are guided by facts, truth must be the watch-word.

The Bible tells us that the Truth shall set us free. When Jesus Christ was standing before Pontus Pilate, he told Pilate that he came to bear witness to the Truth. Emotionally, Pilate asked Jesus, “What is Truth” (John 18:38). Jesus did not give him any answer. Why? It is because Jesus Christ is the Truth himself. How can you behold the Truth and be asking him what is the Truth? It is self-evident.

Later, Jesus the Saviour was tortured severally. He carried his cross along the rugged way to Calvary, though he was shortly assisted by Simon of Cyrene who was forced to do so by the fierce Jewish soldiers. How far do we help others in our society to carry their own crosses? Are we sadists who rejoice at the misfortunes of others? On reaching Calvary, Jesus was stripped of his garments.

Have we stripped others of their rights and properties? If yes, then restitution is binding on us. But if no, then there is no cause for alarm. To mock Jesus Christ, he was crucified between two notorious thieves. Have we mocked others by our evil actions or inactions? The thief on the left hand insulted Jesus. The one on his right however showed remorse.

Do we show remorse for our sins or for the harm we did to others? At last the good thief turned to Jesus and said, “Remember me when you come into your kingdom” (Luke 23:24). Are we hardened sinners? Are we conscious of the life to come? How long have we made honest confession of our sins and repented from them? Either eternal life or eternal damnation awaits us after death. We shall reap what we sowed on earth over there (Galatians 6:7).

Death is not the end of human life. Jesus Christ is both God and man. He died and was buried. On the third day he resurrected from the dead. Thus, the Resurrection is our hope. It is what we celebrate at Easter. Saint Paul thus clarifies, “If the dead are not raised, neither has Christ been raised.

And if Christ has not been raised, your faith is in vain, and you are still in sin. Also those who fall asleep in Christ are lost. If it is only for this life that we hope in Christ, we are the most unfortunate of all peoples” (1 Cor. 15:16-18). The liturgical preface of the dead tells us that at death, life is not ended but changed. It is a transformation from mortality to immortality. The ultimate question for me and for you is: Where shall we spend our eternity: in heaven or in hell? God wants us all to be with Him forever in heaven but he cannot coerce us. The choice is ours. Therefore, let us make hay while the sun shines.

In conclusion, when we weigh the problems around us, especially the current tensed insecurity in our country and state, we celebrate this year’s Easter with sadness. On the other hand, when we look beyond this present sadness, we anticipate the everlasting joy to come when we shall behold the Beatific Vision. A good traveler does not abandon his journey because of the roughness of the road.

This world is not a bed of roses. It is full of thorns and thistles. We live in the midst of wicked people. Enemies of progress abound everywhere. The enemies within are more dangerous than those without. It is with carefulness that the snail scales through thorns. Saint Paul clearly states, “Our battle is not against human forces but against the rulers and authorities and their dark powers that govern this world.

We are struggling against the spirits and supernatural forces of evil” (Ephesians 6:12). Let us not despair. There is hope in hopeless situation. After rain comes sunshine. Easter is our joy and hope. God is never asleep. HAPPY EASTER!