At a time many football-loving Nigerians are calling on ex-players and financiers of private clubs to join the race for the presidency of Nigeria Football Federation (NFF), the proprietor of Remo Stars, Kunle Soname, has washed his hands off it.

Apart from being the proprietor of Remo Stars, which is one of the clubs playing in the Nigeria Professional Football League (NPFL), Soname runs one of Nigeria’s biggest football academies, Beyond Limit Academy, in Ikenne, Ogun State.Speaking with The Guardian shortly before the kickoff of the 2022 MTN/NPFL/La Liga U-15 Football Tournament at Ikenne, home of Remo Stars, at the weekend, Soname explained why he would not bother to contest for the NFF Presidency.’That is not part of my agenda for now. It is only in Nigeria that the NFF continues to get more attention than the leagues in the country. 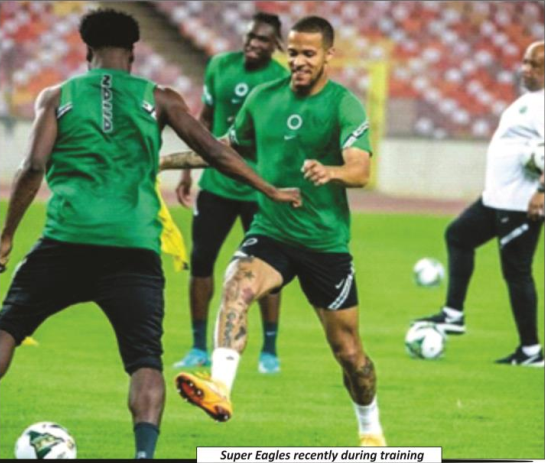 The reverse should be the case,” he said.Soname said until the league is given the needed attention, the nation’s football will not rise to the expected level.

He said: ‘I will rather continue my investment in football development at the grassroots level, especially with my Beyond Limit Academy in Ikenne, than go for NFF Presidency.’What we need to address is the league itself. When the NPFL thrives, every other thing will follow.

Until we settle the issue of having structured football in Nigeria, NFF is just a waste of time,” he stated.Soname said there should be sustainable structure to ensure even development of the game, adding, ‘this issue of today, we succeed, tomorrow we fail, has to be taken care off.'[If you want a sustained success, you have to build the foundation for it.

The league must be very strong, if not, it won’t work.’Asked how he felt on Super Eagles’ inability to qualify for Qatar 2022 FIFA World Cup, Soname said: “It is good for Nigerian football. As I said, there are a lot of issues we need to address in our football.

It is in our national team you will see people who have never been to Nigeria, I don’t want to say they don’t have affiliation with Nigeria, they were just born to Nigerian parents, but have never been here.’That is why even if they lose matches, it’s not the same as players that live here and know that if they don’t play well, there would be repercussion. We need to change a lot of things for our football to grow,’ he stated.