The Catholic Bishop of Ekwulobia Diocese, His Lordship Most Rev. Peter Ebere Okpaleke, has beckoned on youths to ensure that the dramatization of the Stations of the Cross was done in a positive manner for the faithful to have firsthand experience of Christ’s passion.

He made the call at St. Joseph’s Cathedral Ekwulobia, Aguata LGA, Anambra State, while commending the Catholic Youth Organization of Nigeria, Ekwulobia Diocese, on the manner and coordination of their drama presentation on Christ’s suffering and death. 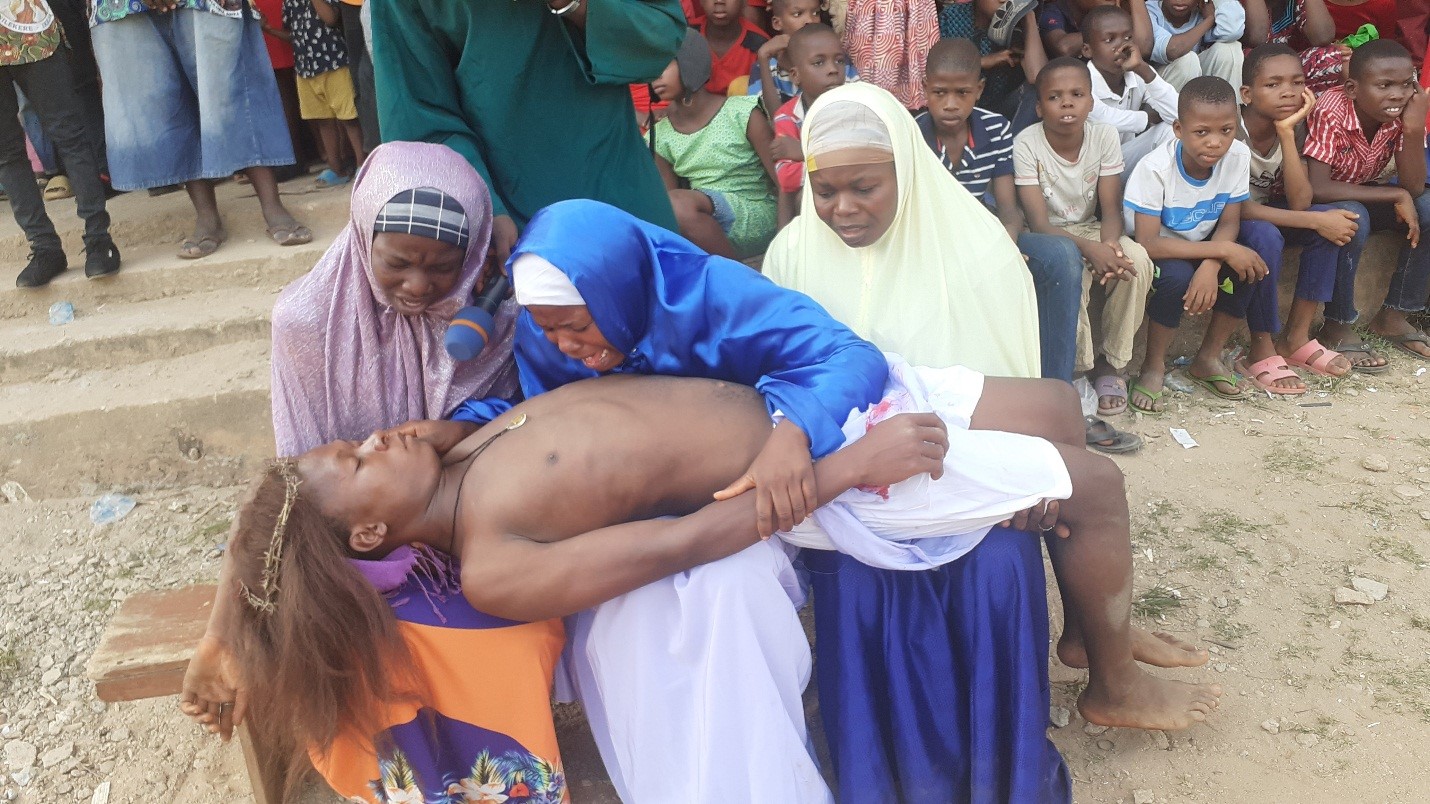 He noted that CYON, through their drama, were able to put the people of God who came to watch the performance in the position of those who witnessed the Passion over 2000 years ago.

‘The dramatization of Stations of the Cross by the CYON of this diocese brought to reality the sufferings of Christ for the redemption of the human race.

He expressed conviction that the drama would help the faithful renew their love and veneration to the Blessed Virgin Mary as a result of the sorrows she passed through during the journey of Christ and his subsequent death for the redemption of the human race.

He maintained that the drama made it easier for people to put themselves in the position of Christ’s disciples and charged the Catholic faithful not to act like Peter nor to deny Christ in the face of challenges.

‘The drama is more of trying to renew our faith and commitment to discipleship. The youths should not see it as just dramatizing the Stations of the Cross, but as a means of evangelization for them to imbibe the virtues of those initial followers of Christ and be more committed to their faith, especially in moments of crisis and challenges.’

The Catholic prelate disclosed that the essence of the drama was not for the youths to display their skills and talents in the field of Theater Arts, but to refocus their minds on the price that was paid for their salvation in order to build a stronger faith in them.

For his part, the Cathedral Administrator, Very Rev. Fr. Alophusus Ezeoke, described the drama as a form of Christian teaching to aid people have effective understanding of the underpinnings behind the coming of Christ and his death on the Cross for the salvation of the human race.  He said the drama which thrilled lots of the young ones, would help them to have better understanding of the Church’s teachings.

Contributing, the President of CYON, CADEK, Mr. Paulinus Ezonachukwu Ike, revealed that youths, through the drama, hoped to achieve attitudinal change among them and call back the ones drifting away from the Church’s teachings. He expressed optimism that the drama would serve as a means of repentance to those youths who had soaked themselves in idolatry.

Speaking to Fides, Peter Umeh and Francisa Eleodimuo, who acted the characters of Jesus Christ and the Blessed Virgin Mary respectively, thanked God for affording them the opportunity of having firsthand experience of the happenings at Cavalry over 2000 years ago. The duo maintained that they felt different and lighter after the drama, linking it as a sign that they had been washed and renewed by the blood which Christ shed on  Calvary.