DOSAD FC to Embark On Playing Tournament Tour of Bahrain

15 players of DOSAD FC, Enugu Ukwu, Njikoka LGA of Anambra State are going to jet out of Nigeria for playing tour of Bahrain in the Middle East this month.

The team which is made up of Players from the Anambra Independent Football League, AIFL, will leave Nigeria before the end of June.

Rev. Fr, Obinna Dike, a coach, journalist and President of DOSAD told journalists in Awka that the trip was on invitation of the teams partners and football authorities in both countries. 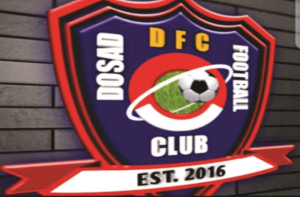 He said DOSAD and other clubs in AIFL had been feeding the national teams and domestic markets including NPFL, Nationwide League One and Nigeria National League with players as well as foreign scouts.

According to him, this is all about developing local football talent into global professionalism from those who went into football for fitness, pleasure and career.

‘Now we have had a lot of foreign clubs and scouts who are interested in what we are doing, they have decided that we come to them with our full team for play tour, of scout programmes and exchange programmes,’ he said.

Dike said the Iran bound players were already undergoing an orientation programme to equip them with the capacity to absorb the shock as well as understand the work ethics of the Middle East country.

He expressed confidence that the youthful players excel and be the delight of their hosts noting that they were among some of the best of the age in the country.