Mr Kehinde Aremu, coordinator NYSC Anambra State, has admonished corps members from other regions of the country against relocating for insignificant reasons. 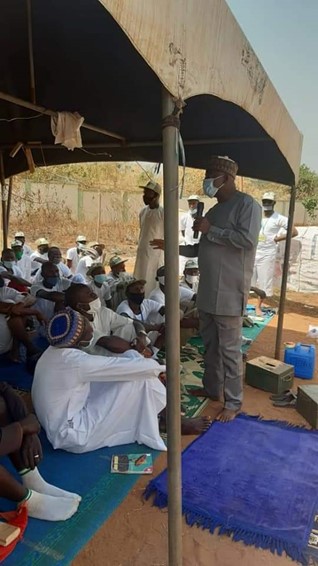 He recently gave the admonition while addressing Muslim corps members at the Jumat prayers which held at the Anambra State Orientation Camp, Umuawulu/Mbaukwu.

He stressed on the negative implications of presenting fake medical reports so as to get them relocated.

‘Anambra is the safest and most peaceful state in the nation; you don’t have to relocate unless it is on genuine health grounds.’ Aremu stated

He encouraged them to stay back to offer diligent service to their fatherland, adding that those that would stay back to serve in the state would enjoy the best out of it.

Further on security, he assured them of adequate presence of law enforcement agents as well as the local vigilante in all the 21 Local Government Areas of Anambra State, who have been directed by the Governor to provide surveillance and security patrol for all corps lodges in the state.