The auxiliary Bishop of the Catholic Diocese of Awka, His Lordship Most Rev. Jonas Benson Okoye, has attributed the disunity existing between the various factions in Ekwuobia Community as the major cause of the current underdevelopment of the community.

Bishop Okoye who stated this during his Pastoral Visit at St. Mary’s Catholic Church, Ekwulobia, while reacting to the bad state of roads within the town, said the indigenes of Ekwulobia Community should unite to attain the desired development in the town.

He said that the coming together of the people would enable them to project a common front in a bid to attract developmental projects in the town from the government of the day.

The attraction of development, according to the Catholic prelate, would put the town on the same pedestal as other urban towns in the state.

He maintained that the Church expected highly placed individuals to use the respect which they enjoyed in the community to attract developmental projects to better the lives of the masses.

Bishop Okoye therefore called on all the influential individuals in Ekwulobia to put their sentiments aside and work for the common good of the masses, stressing the benefits which the common masses stood to gain when the big shots united.

He stated that since one individual could not comfortably carry out road construction projects in the town, the town should send a powerful delegation to the government.

He emphasized that the roads if constructed would make life easier for the people, promote good business environment, increase the influx of people in the area and increase the revenue to be gained by the state government and the town.

Bishop Okoye tasked them to always endeavour to do the right thing without any monitoring but in accordance with their responsibility to live out their Christian calling. 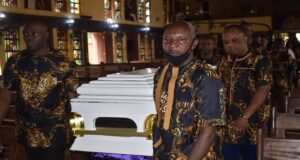 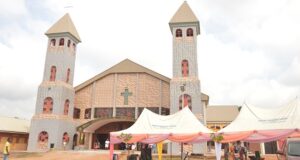 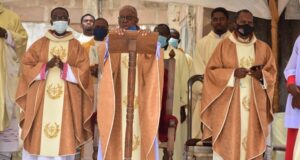