The President, Association of Visually Impaired Students, Nnamdi Azikiwe University (NAU), Awka, Comrade Emmanuel Nnamani, has called on people living with any type of disability to engage in any kind of skill, noting that disability should not hinder one’s success.

The President said this during a one day programme, tagged, ”Yes, we Can”, organized by the association on Friday 16 April 2021 at the Digital Library Field of Nnamdi Azikwe University, Awka.

Addressing the students, the Vice Chancellor of the institution, Prof Charles Esimone, promised to create a special scholarship scheme for the visually impaired students as measures to facilitate payment of school fees for them. 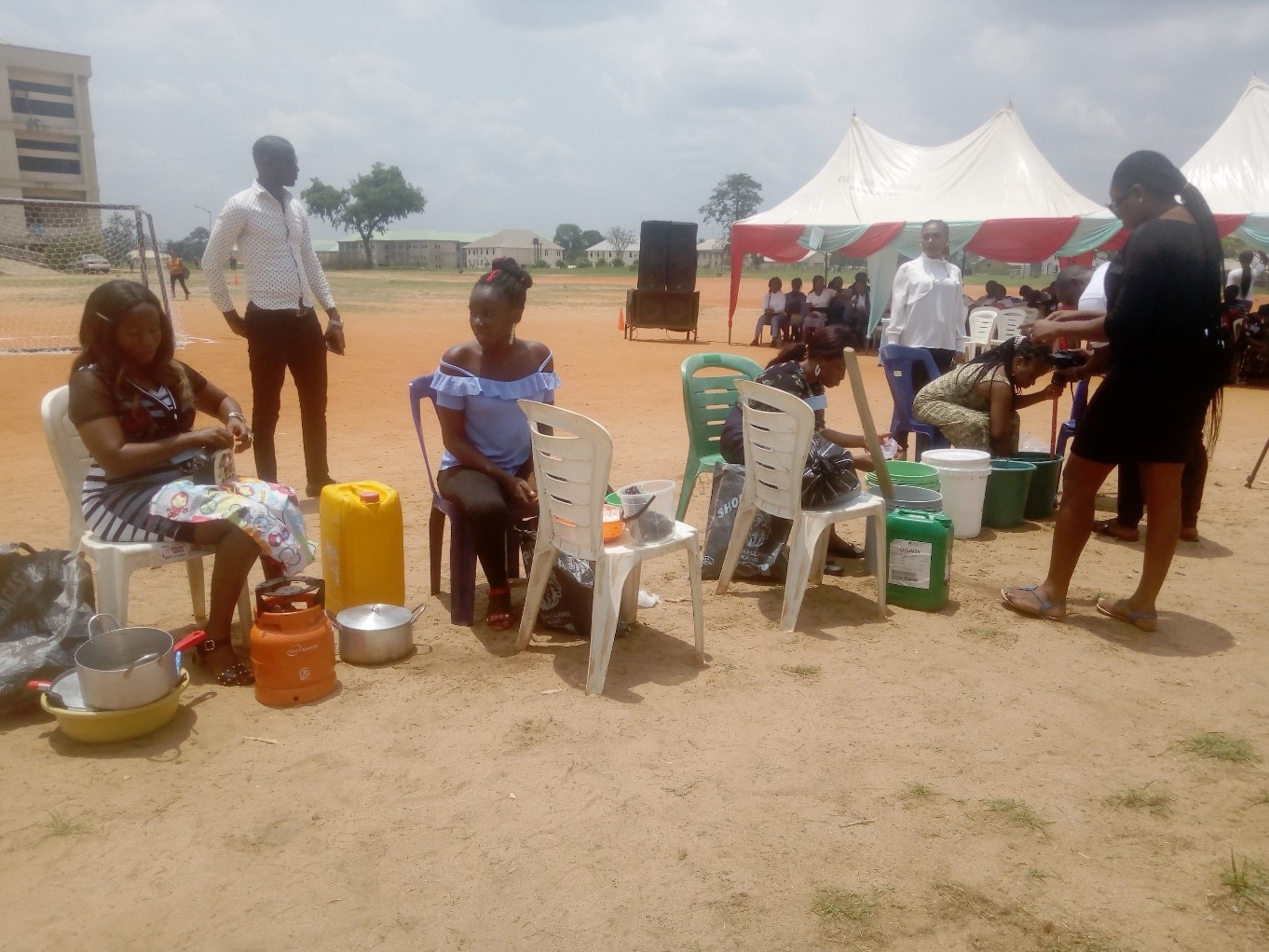 Prof Esimone, in his speech, said the students’ skillful exhibition amazed him and said the University would organise his own event for the students to showcase their skills; even as he awarded a contract to two students who made liquid soap and air freshener before the gathering. He said the students would be supplying such to the institution.

Speaking at the event, the Managing Director, GUO Motors, Chief Godwin Okeke, eulogized the students’ efforts and promised to donate one million yearly to the association.

Chief Okeke also acknowledged the efforts of the Vice Chancellor on his consideration towards the visually impaired persons in respect to employment.

In a lecture presented by Prof Can Nwankwo, of the School’s Faculty of Education, titled, ”Blindness, not a hindrance”, urged the students to always possess self-esteem. He said that self-esteem would provide them with a foundation for personal growth and development and imbue them with the confidence to make their own judgements and explore new ideas.

Prof Nwankwo also beckoned on parents, the university and society at large, to promote positive relationship, which, he said, would help them to feel more positive about themselves.

‘Let them know that you understand how they feel. Help them maintain and boost self-esteem, self-concept and self-efficacy.

‘Encouraging them to help others is another way to build self-esteem, helping out with chores around the house, participating in collaborative learning and getting involved in academic discussions with other students in their classes.

‘The lecturers should allow them to come to classes with voice activator recorders,’ he said, noting that it would increase their sense of importance because some students without visual impairment would always consult them for assistance to enrich their notes.

Contributing, Dr Chidimma Esther Uzoechi, of Department of Medical Services, Nnamdi Azikwe University, agreed that visually impaired students should not see it as a limitation to living a purposeful and productive life.

She also assisted the students with healthy tips, such as for them to always have white canes while walking in order to develop the effective use of other sensory organs, as well as maintaining excellent personal hygiene and others.

The association presented 29 awards to individuals, which, according to the association, were in recognition of their strategic human resource management, entrepreneurship excellence and contributions to the community of visually impaired and people living with disabilities at large.

Prof. Charles Esimone and Chief Godwin Okeke of GUO Motors were among the awardees.