Mr Emmanuel Danjuma Attah, Director, NYSC South West Area Office, has called for a holistic restructuring and reorganisation in the field as one of the ways in checkmating extortion.

He made the statement recently while delivering the keynote address of Brig. Gen Shuaibu Ibrahim, NYSC Director-General at the one day sensitisation workshop for zonal inspectors and local government inspectors at the NYSC Permanent Orientation Camp, Ede. 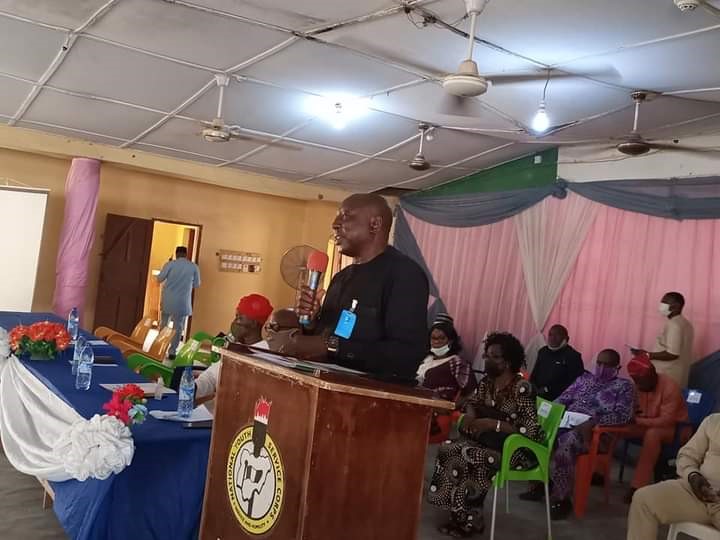 Attah charged the officers to discharge their duties with the fear of God and desist from anything that can put the spotlight on the scheme negatively. According to him, the DG is very passionate and committed to the welfare of staff nationwide.

He highlighted some of the achievements of the DG in the area of staff motivation such as hundred percent participation during orientation programmes, expansion of the scheme to checkmate bottlenecks and allow for advancement of staff, promotion of deserving officers, rewarding outstanding performance at all levels, among others.

Speaking earlier, Mr Ayodele Adegoke, Osun State Coordinator, appreciated the Director-General for organizing the sensitization seminar which, according to him, is a true reflection of the Director- General’s commitment to enhanced staff welfare and capacity building.

Adegoke enjoined participants to imbibe the core values of the scheme such as integrity, efficiency, commitment to duty, among others. He charged the field officers to be contented with what they have and desist from any form of extortion.

‘There are times we need to sacrifice as local government inspectors. Don’t be weary as your reward will surely come. Many of us have sacrificed a lot for the scheme and today we are reaping the reward, therefore be patient. Remember that these corps members are our children, brothers and sisters. Learn to live within your means’ Adegoke added.

The seminar featured the reading of resolutions arrived at during the sensitization seminar by the resolution committee set up by the Director, SWAO.