Did You know This? 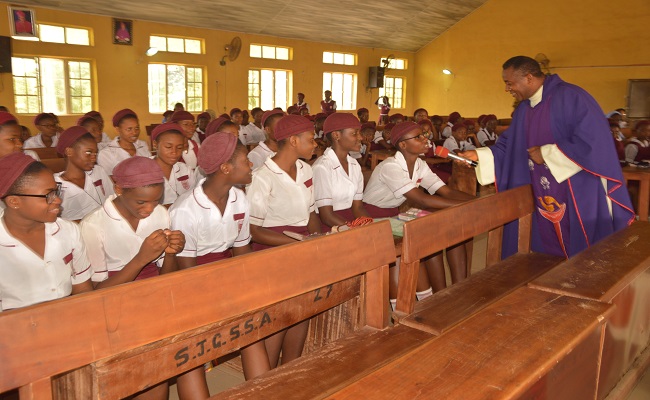 It made us versatile back then in a lot of areas in the political, educational, religious, and even economical sphere of our dear country as we were made to be up to date in the current affairs of Nigeria.Today, it looks like we no longer give much attention to, not just the current affairs in the country, but our history! How did we get to where we are presently? Who made it possible? So many questions! I think we need to start going back to the drawing board so that our children and indeed posterity will be knowledgeable about their roots. Their history!! Their heritage!!! I have today assembled some facts about our country Nigeria. I hope this adds up to something. Please enjoy…

Did you know that:

The Nigerian national flag was designed by Taiwo Akinkunmi in 1959 he won the competition for the best design of the coat of arms for an independent Nigeria He was a young Scholar and was 23 years old. The green colour stands for the country’s wealth and Rich natural resources while the white colour stands for Peace and Unity.

The first Nigerian to become a Nobel laureate was Akinwande Oluwole Soyinka, popularly called Wole Soyinka. He was a playwright and political activist who received the Nobel prize for literature in 1986.

The first Nigerian to become a bishop was John Cross Ayogu, (11th March 1898- 5th July 1957), who became the first member of his Igbo community to be consecrated a Roman Catholic Bishop.

The first Nigerian to win an Olympic gold medal in 1996 while she was also working as a police officer was Chioma Ajunwa.

The first female pilot in Nigeria is Chinyere Kalu, MFR. She is a commercial pilot and first woman to fly an aircraft in Nigeria she served as Rector and Chief Instructor of the Nigerian College of Aviation Technology between October 2011 and February 2014.

The national anthem, ‘Arise o Compatriots’, was composed by a Nigerian composer, Pa Benedict Odiase. It was adopted in 1978 as it replaced the previous one, ‘Nigeria We Hail Thee’.

The first female judge in Nigeria is Aloma Mariam Mukhtar who was appointed as a Justice of the supreme court of Nigeria and its Chief Justice (2009 – 2014).

The first political party in Nigeria is the Nigerian national Democratic party (NNDP), formed in 1923 by Herbert Macaulay to take advantage of the new Clifford constitution which succeeded the 1914 Nigerian Council.

The first three-storey building built in Lagos was Ebun House, located at 85 Odunfa Street, Lagos. It was constructed in 1914.

There is a town in Jamaica called Abeokuta. It was founded by former slaves from present-day Ogun state who were brought to a plantation in that part of Jamaica.

Edward James Roye, the fifth President of Liberia, was of Igbo (Nigerian) descent.

The city of Port Harcourt, (Capital of Rivers State), was named after Lewis Vernon Harcourt in 1913 by Sir Lord Frederick Lugard. It was originally known as Iguocha.

Still on our children and our future, let’s go on and read the next article. It was culled from the internet and I agree with the author absolutely!!!

Please, carefully look at the list below and identify where you may want to make amends on yourself or on the young ones you are bringing up. Children, if not properly groomed may never get to the top in life, even if both parents are at the top of their careers.

Manners take you to where your education can’t irrespective of your status, wealth or your reach or influence:

2) Speaking rashly to your child’s teacher.

3) Cursing, using foul language or swearing words in front of your children.

5) Dressing your little children up indecently (they loose their sense of Princesshood).

6) Putting earrings on your son’s ears.

7) Your child hold the cup or glassware by the brim and you don’t correct.

8) Your children don’t greet and you just feel they will come around one day because they have a mood swing. (You will be blamed for it).

9) Your children eat with their mouth opened and you feel they will grow up some day.

10) Your children bringing home something you did not buy for them and you say nothing. (that i the beginning of stealing).

11) The Children talk back at you and you conclude it’s okay since you are a 21st century Mummy. (You will hate yourself if they do that outside and they are disciplined).

12) The Children interrupt when you are speaking with another adult and you think they are bold and clever. (Its really bad manners).

13) The Children exercising authority over the Nanny and domestic staff and you let them be. (that is bad parenting).

14) The Children saying things like “my driver is on his way…” I do not advocate that children should call your domestic staff Aunty or Brother, calling them by Name when they are not young people is not proper either. The use of Miss, Mr or Mrs will look good on them.

15) Your children don’t say a ‘thank you’ when they have been helped or served something and you are cool with that. (Bad parenting).

16) When your Children cannot stand children who are less privileged.

18) When the Children pick their noses with their hands.

19) When the Children don’t wash their hands after visiting the washroom or after returning from school or outside visits.

20) When your Children take something from the fridge without seeking permission. (Bad parenting).

21) When your Children don’t knock on closed doors and wait for a response before opening the door.

22) When your Children don’t collect from your hands items you brought in as you walk into your home.

23) When your Children request for a bribe to carry out their home chores or extra task. (That is disgraceful).

24) When your Children act like their Grandparents irritate them. (It’s a Transferable Curse).

25) When your Children have not learnt to get up from the Chair for the Elderly or Visitors to sit.

26) When your Child tells lot of Lies. (You will both cry in the future).

27) When your Children ask “who is that?” at a knock on your door instead of “please, may I know who is there.”

28) When your Child is always seated by your Visitors when being served Drinks or Food.

29) When your Children still point their fingers at other people, when talking to or speaking about them.

30) When your Children play and jump around when Prayers are going on. (These can apply to Children from Ages 4 and Above).

31) When a child wakes up in the morning, just stirring at his/her Parents and Elders without greeting. Its a bad habit and does not show good upbringing.

Don’t be a 21st Century Parents who can’t correct their Children.

Train your Children in the way of the Lord so that when they grow up they will not depart from such Godly Training or Upbringing.

IT IS BETTER TO LET YOUR CHILDREN CRY AT AN EARLY AGE WHEN YOU CORRECT THEM, IF NOT YOU WILL BOTH CRY MUCH LATER WHEN THEY BRING DISGRACE TO THE FAMILY