Dialogue, Not Force, Will Solve Security Crisis in Southeast – Ogene

The national vice president-general of Ohaneze Ndigbo, Chief Damian Okeke Ogene, has attributed the spate of killings in the Southeast to the failure of leadership, warning that only dialogue, not force, can end it.

Ogene who spoke at the recent stakeholders security meeting in Awka, April 2, berated the South East governors for their inability to come together to find a common solution to the crisis, even as he also blamed the led.

While blaming the Federal Government for marginalizing the Igbos, he said the Igbo governors had also failed their people and said it was that failure that led to the current security impasse in the region. 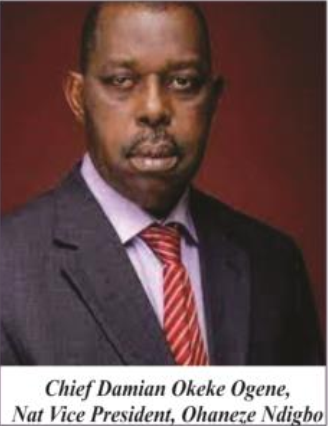 ‘Our problem was caused by leadership failure and too much praises. We praise and over praise people. The federal government has marginalized us and on top of that the South East governors have not been able to come together to discuss the issue of the zone. The Igwes are being persecuted, the Ohaneze are being persecuted because of leadership failure in the South East. The Niger Delta people were shooting but they were disarmed, not by guns but by dialogue. We can equally handle our problems here if the South East governors are in unity,’ Ogene said, while tendering apologies to the people for that failure.

He said the situation was no longer what Ohaneze or the leaders could solve except the people whom he advised against, suggesting the use of force.

‘The people you’re dealing with are human beings and they will listen if you dialogue with them,’ the chairman of Board of Trustees of Anambra State Association of Town Unions, ASATU, said, while commending Soludo for starting well. He however advised him to be open to dialogue.