Dedicates February to Prayer for Women Suffering From Violence

Pope Francis has dedicated the month of February to prayer for women who are victims of violence.

In a video released on Feb. 1, the pope said: “It is shocking how many women are beaten, insulted, and raped … We must not look the other way.” 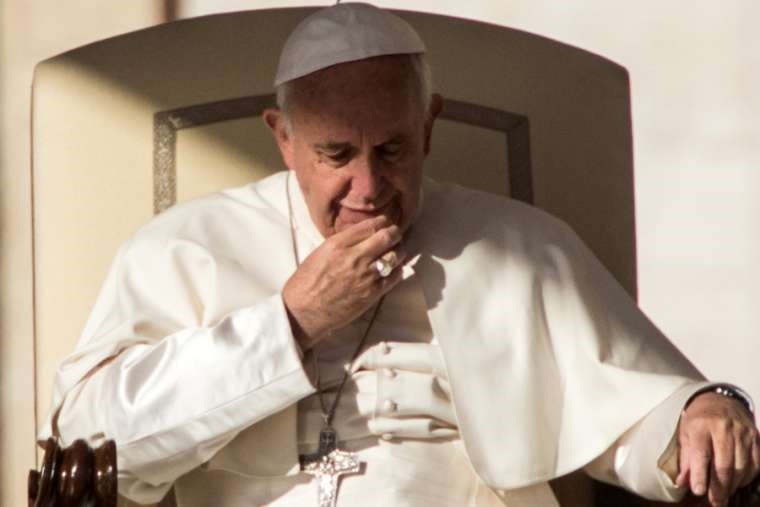 “The various forms of ill-treatment that many women suffer are acts of cowardice and a degradation of all humanity. Of men and of all humanity. The testimonies of the victims who dare to break their silence are a cry for help that we cannot ignore,” Pope Francis said.

One in three women worldwide has experienced physical or sexual violence at some point, according to a 2013 study by the World Health Organization.

Fr. Frédéric Fornos, S.J., the international director of the Pope’s Worldwide Prayer Network, the organization that promotes his monthly prayer intentions, said: “The Holy Father’s call is very clear: ‘We must not look the other way.’ That is to say, we cannot stand by with our arms crossed in the face of so many cases of violence against women, which takes many forms, from the most visible and reprehensible to the most insidious and unconscious.”

“Violence against women in all its forms cries out to heaven. Francis has said this several times: ‘Every form of violence inflicted upon a woman is a blasphemy against God, who was born of a woman. Humanity’s salvation came forth from the body of a woman: we can understand our degree of humanity by how we treat a woman’s body.’”

The video produced by the Pope’s Worldwide Prayer Network for this month was created with the art of Hermes Mangialardo, an internationally acclaimed Italian filmmaker.

“Let us pray for women who are victims of violence, that they may be protected by society and have their sufferings considered and heeded by all,” Pope Francis said.