Deborah Yakubu: The Evil of Killing in the Name of God

The gruesome and cold-blooded murder of Deborah Samuel Yakubu, a student of Shehu Shagari College of Education, Sokoto, is an ominous sign of abuse of religion. Deborah’s violent death by her Muslim classmates for allegedly blaspheming against the Islamic faith reveals the darkest side of man’s propensity for evil. It is easily verified that human nature is at its worst when it does evil in the name of God. There is nothing as abusive and blasphemous as celebrating the cruel killing of a human being in God’s name. It is antithetical to His nature. Yet, those misguided and evil-minded young people killed their classmate with unimaginable animosity and celebrated their evil boastfully. In chanting ‘Allahu akbar’ (God is great), those brainwashed fundamentalists projected the worst of the fallen human nature onto religion, producing a loveless faith which proves to be a dangerous ideology. 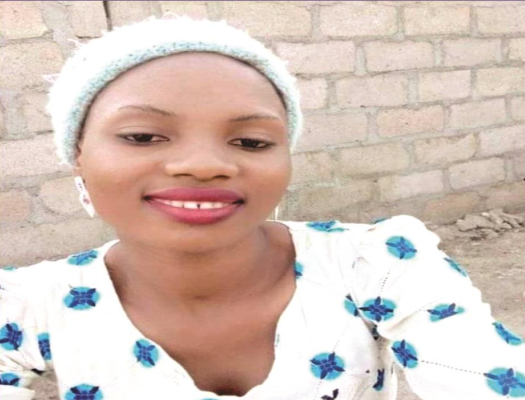 The depth of depravity of abusing the name of God calls for reflection. In truth, there is no time humans commit evil so brazenly and boldly than when they do so in the name of God. Man is at his most beastly form when he does evil under the motivation of God because it obliterates the human control mechanism. And when the control is absent, the worst of man is unleashed. Thus, the hateful and evil disposition towards their neighbour finds their worst adverse expression. Such a religious disposition does not only abuse and profane the name of God; it desensitises the people, deadens their rationalism, and makes them numb to the plight of their victims. The murder of Deborah Yakubu is a clear case in point.

The evil of killing in the name of God is such that lily-hearted people will unjustly be quiet for political expediency so as not to offend religionists of such persuasion. Atiku Abubakar’s action validates this claim. He initially condemned the gruesome

murder and expressed solidarity with the bereaved and all affected by the evil and disastrous act, only to delete the post from Twitter because it offended a section of his constituents. But shamefully and disgustingly, he denied authorisation of said quote. By implication, he condoned the evil act. It is symptomatic of the way political expediency trumps humanity and common sense. Disappointing as it was, the response of Atiku Abubakar, who denied condemning this gruesome murder, reveals the psychology of the average Nigerian politician.

Many a person constantly experience difficulties appreciating religion as a force for good on account of the hate, violence, killings and divisions for its sake. Humanity bears the brunt when reason is excised from religious beliefs and practices, because the primordial and survival instincts that project and protect the self, often to the negligence of humanity, rule the will relative to religion. Religion, within this disposition, activates the unhealed inner self, investing in the irrational passions that influence actions. In contrast, God endowed man with reason as the processing unit aimed at equipping him with a system of relating with reality. His submission to voluntarism and abandonment of reason leads these religionists to fundamentalism and funds religious violence. Because in their self-delusion, the culprits presume the permission or outright command of God, they brazenly indulge in dastardly acts that portray the God of life as a bloodthirsty war-monger, the God of peace as a divisive belligerent harbinger of crisis and the God of love as a hateful sadist who glories in hatred, violence and hostility.

These abusers of religion manifest their virtue-deficit and miserable lives by stripping life of its sacredness and emptying death of its mystery. Under the bondage of primordial instincts, unrestrained habits and unbridled ego, they monger fear and invest in bloodletting in order to win converts. In their struggle to own and control the earthly kingdom, they dishonour God, misrepresent religion and destroy harmony in society. With their principle of deceit taken a notch higher, they celebrate and mainstream their proclivity for evil in God’s name.

The footprints of blood in our land necessitate an urgent need for a conversation on religion. All those who kill and hate in the name of God dishonour Him. It is not reasonable to destroy life in the name of God, who is life. The need for a new appreciation of the crux of religion cannot be overemphasised, especially in today’s world. Without an appropriate appreciation of the otherness of God that imposes caution in religious messaging, preachers might put authentic faith in God in peril. The failure to realise this jeopardises true devotion that confuses proselytism with true conversion, which is nothing other than a scramble for an earthly kingdom with no business with God’s reign nor His glory.

As I wrote elsewhere, “the level of adherence of a particular religion to the reign of God, which is love and peace, verifies its authenticity and measures its status.” Furthermore, as I elaborated, earnestly, “without a new appreciation of the true raison d’être of religion, many, instead of experiencing qualms of guilt because of their violent acts in God’s name, entertain a feeling of entitlement to a prize. They do it for a premium precisely because of the way they misunderstand their religion. These realities give religion a bad name and offer agnostics and atheists an alibi to stay away. The bastion of truth, love and liberty appears to have become the harbinger of violence, beacon of hate and merchant of death. As a result, instead of religion being a beacon of hope and agent of unity, it appears to do the opposite such that to some people’s mind it is a force for evil.”

Deborah’s death makes urgent the need to remind all religionists that the essence of religion is love: love of God and love of neighbour. Therefore, any religion that is love deficit is anti-religion and contradictory.