Last week, the news media was agog with the murder of a student of Shehu Shagari College of Education in Sokoto, one Miss Deborah Yakubu. She was ostensibly killed for allegedly blaspheming against Prophet Muhammed.

Although accounts of what actually led to her murder have been many and varied, many had and have continued to question the rationale behind killing someone in the guise of fighting for God, a theme that has persisted in parts of Northern Nigeria. The world watched the videos of her killing with shock as security agencies were nowhere to be seen. But that was not the end of the morbid drama.

After some of the perpetrators were rounded up and detained, riots broke out as Muslim youths, including little kids, stormed the streets to demand for their release. In so doing, they turned the riot to an attack against the Igbos in Sokoto, something that has always been the case in this country. In the aftermath of the attacks, a Catholic Church was burnt, as well as a church belonging to ECWA. Again, it was curious that no security personnel were on hand to stop them until damage had been done. 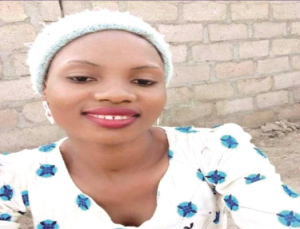 The frequency and trend of attacks on the people of the Southeast after every religious or political disturbance in the north has become very worrisome. Although the murdered girl was not Igbo, Igbos were immediately singled out for attack and looting of their shops afterwards. It has indeed become an unofficial crime for Ndigbo to live and do business in the north.

It is certain that the failure, or even refusal, of the Nigerian Government and those of the north to take decisive action against such before now has led to where we are. Their action has encouraged more of such actions and from what happened in Sokoto, it seems the situation will not change any time soon.

We condemn the murder of Miss Deborah by Muslim fanatics. There are established institutions for trying those who commit the ”crime” of Deborah. Even the Sharia Law does not stipulate instant jungle justice for those who blaspheme against Allah or Prophet Muhammed. Neither does the Nigerian Constitution.

This is why we demand that those behind the dastardly act must be brought to justice . It won’t be enough to declare they have been arrested. They should be prosecuted and punished by the laws of our land.

The Federal Government or the Government of Sokoto must not give excuses, else, we will believe there is no government in place. Every government owes its citizens protection and when this does not happen, it does not bode well for society.

The government of Sokoto should also consider paying compensation to the Igbos who lost their property in order to show that it really cares. Nigeria belongs to everybody but when such acts are condoned and the culprits go free, the One Nigeria mantra becomes a farce.

We pray God to give the family of the deceased the fortitude to bear their loss and for God to grant the soul of Deborah rest in his bosom.