Primary education is no doubt the basic and foremost right of every child.

Its availability and provision is not only the responsibility of state but parents and households. 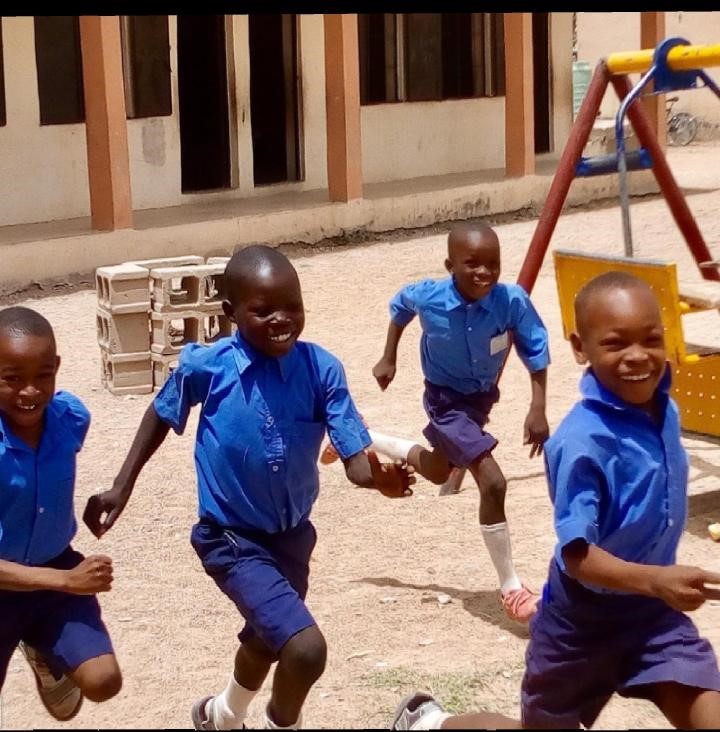 Primary school children playing during break time in one of the public schools in Awka.

Fides’ visit to some public primary schools in Awka South following complaints by parents, revealed that 70% of teachers in some schools are paid by the PTA, while the remaining 30% are paid by government.

Obiokpara Community Primary School Isiagu, Awka, South Local Government Area, has a total of 155 pupils managed under the care of only four PTA teachers, while the headmistress is the only government employed teacher in the School.

Speaking, Mrs Matilda Muodozie, the headmistress of Obiokpara, Primary School, Isiagu, lamented bitterly how she had to multitask herself, thereby teaching mostly all the senior classes, while leaving the Junior classes under the tutelage of PTA teachers.

‘As it stands now, I am the only permanent teacher in this school. I have four PTA teachers. In some cases I pay them from my pocket because parents sometimes can’t afford it. I normally teach the Early Child Care Development, ECCD, classes. Once it is 12 noon I move to the senior classes.

‘I have several times called the Education Secretary to deploy teachers, but it is obvious there is no teacher to deploy,’ Mrs Muodozie elaborated.

In corroboration, the Headmistress, Ezike Primary School, Nibo, Mrs Okafor Josephine, disclosed that parents did not find the payment of PTA teachers funny, hence the complaints at every little opportunity.

‘This school has a total number of 321 pupils in primary, excluding the ECCD classes, but it has only 7 employed teachers. Others are PTA teachers. Some of our classes have double classes, and the parents are complaining because the majority of them could not afford the payment demanded,’ Mrs Okafor narrated.

On the part of Mr Felix Nweke, PTA chairman of Obiokpara, Primary School Isiagu, he described the current situation of the school as shameful; even as he appealed to the Anambra State Government to deploy teachers to the school to save costs for parents.

However, the Educational Secretary, Awka South Local Government Area, Mr Felix Nzeamulu, when contacted through a phone call, upheld the claims. In his words, ‘I am aware that there are shortage of teachers and we can’t manufacture teachers. Since 2015, the primary schools in Awka needed over 5000 teachers but about 1000 recruitments have been done since then and I have not talked about those that have retired within the period.

‘But I believe, very soon, government will recruit teachers because I have appealed many times to the government for teacher recruitment. Parents should also know that they are there to support government which was what necessitated PTA,’ he noted.