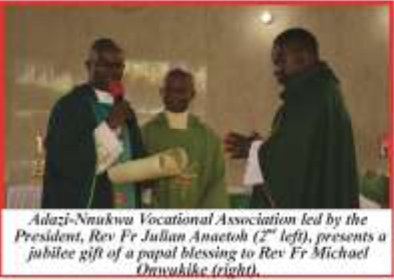 Leading in his concelebrated Silver Jubilee Thanksgiving Mass at St Andrew’s Catholic Church, Adazi-Nnukwu, Anaocha LGA, Anambra State, the Adazi-Nnukwu indigenous Catholic priest, Rev Fr Onwukike, thanked God for what he described as the beautiful gift of healthy life and for his sustenance in the priestly vocation.

Fr Onwukike, who was visibly overwhelmed with the massive number of priests, religious and laity who graced the event from Anambra State, Ebonyi State and beyond, appreciated all for their presence and support.

‘I am happy and grateful to God that I am celebrating my 25 Years Priestly Anniversary in good health. Thank you my brother priests for your massive solidarity, thank you my family members and all of you who I have worked with and encountered in the course of my priestly vocation for your support, lessons learnt and the opportunity to have worked with you,’ the visible joyous Fr Michael Onwukike said. 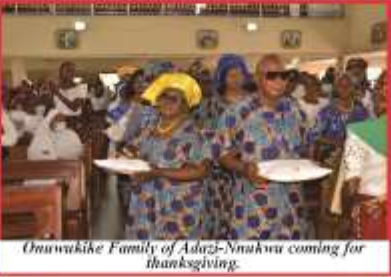 Fides gathered that Rev Fr Michael Onwukike, fondly known as Fr Gbazuoagu, due to his commitment to his apostolate as a CYON chaplain of many years, is also a former Principal Chaplain of CYON, Awka Diocese. He is currently the parish priest of St Matthew’s Catholic Parish, Amawbia, Awka South LGA and Dean, Amawbia Deanery, 2019 till date. 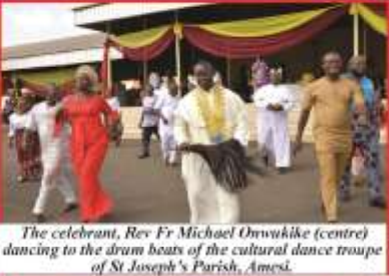 In his homily, the parish vicar, Our Lady of Fatima Catholic Parish, Igboukwu, Aguata LGA, Anambra State, Rev Fr John Nwankwor, described the silver jubilarian as a Catholic priest who had been outstanding in collaborative ministry, loved the priesthood, and had tried his possible best not to bring disrepute to the Catholic priesthood.

The homilist, who recalled that he had immediately after his priestly ordination worked with Fr Onwukike for two years at St Andrew’s Parish, Adazi-Nnukwu, identified simplicity as the greatest virtue of Fr Michael Onwukike.

Fr Mike Onwukike is a very kind, humble and a very accountable man, who has very high sense of objectivity, and could inconvenience himself to make others happy. He inconvenienced himself and resolved crisis while at Amesi. His six years at Egbengwu, Nimo was for spiritual and structural growth,’ Fr Nwankwor stated.

The homilist continued, ‘Fr Onwukike is deeply spiritual. I can attest to this because, for the two years I lived with him, he never missed his prayers. The Holy Mass and his breviary were his companions. 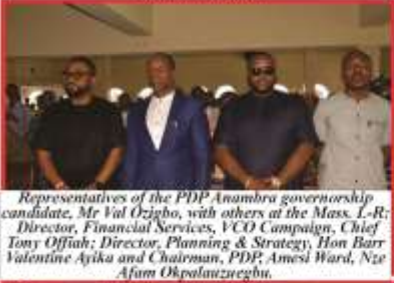 Pointing out that Jubilee was a call for reconciliation, the homilist, urged Fr Onwukike to forgive all who might have wronged him. He prayed God to sustain the jubilarian to celebrate his fifty years priestly anniversary in good health.

The well-attended event which had Engr Sir C.Y. Anaetoh, KSJI, as the chairman of the occasion, had the National Chairman of APGA, Ozonkpu Sir Victor Oye; the member representing Njikoka II Constituency, Hon Pete Ibida; past and current CYON leaders at various levels, among others from all parts of Nigeria, in attendance. 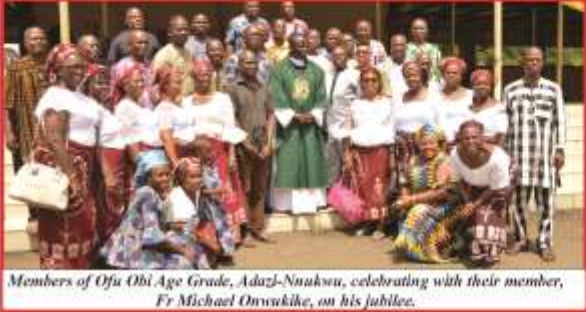