Nimo in Njikoka LGA, Anambra State, was last Saturday, Sept 18, 2021, greeted with pomp and pageantry, as the Catholic Women’s Organisation (CWO), Nimo Deanery, held her 2021 Triennial Convention with the theme: ”Some Challenging Health Issues of Women”. 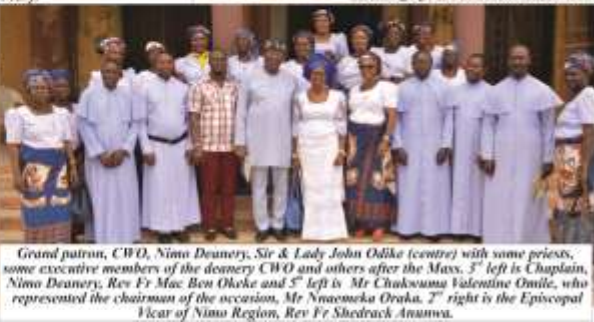 The event which was held at the deanery headquarters, Our Lady of Assumption Catholic Church, Nimo, featured health lecture by Lady Bibiana Ugwu, inter parish march past competition, as well as installation of the deanery CWO patrons, patronesses, ambassadors and friends of Mary. It attracted the CWO members from the four parishes that make up the one town Nimo Deanery and other dignitaries from all walks of life.

CWO of St Mary’s Parish, Egbengwu, Nimo, defeated the other three parishes to emerge the winners of the march past, queen pageant and Igbo women attire competitions. Mrs Celestina Okuagba, who represented the parish in the queen pageant, was crowned the queen of CWO, Nimo Deanery. Her reign will last for the next three years. 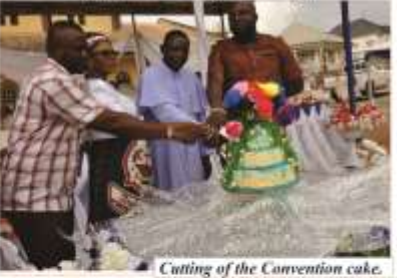 This was even as St Kevin’s and Our Lady of Assumption parishes won the 2nd and the 3rd positions in the Igbo women’s attire. St Vincent’s Parish, Nimo was disqualified in the Igbo attire competition for not complying with the rules. 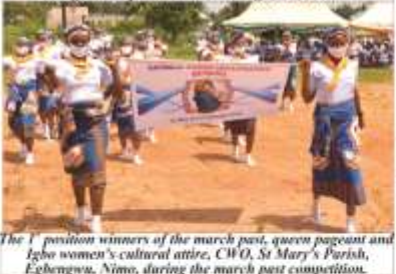 commended the grand patron of the CWO, Sir J.C. Odike, KSG, for the money, which, she said, he donated with which the organisation commenced the perimeter fencing of the Nimo Burial Ground, as well as for his many supportive gestures to the group.

Lady Muo, who highlighted the achievements of the group, solicited for donations from all in aid of the N50m fund raising for the actualization of various projects. She identified completion of the perimeter fencing of the burial ground, renovation of the CWO Ave Maria Hall and secondary school scholarship award to the children of some indigent CWO members of the deanery, as the projects which the group needed the N50m for. 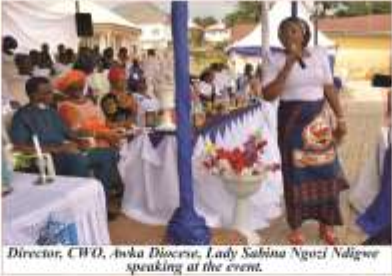 Speaking on the occasion, the Director, CWO, Awka Diocese, Lady Sabina Ngozi Ndigwe, thanked God for the success of the event which she said was shifted to 2021 due to COVID-19 that affected global activities in 2020.

Earlier, when he led in the Holy Mass to mark the event, the Episcopal Vicar, Nimo Region, Very Rev Fr Shedrack Anunwa, called on mothers to bring back to the Catholic faith, the youths, who, he said, had abandoned their faith for paganism. 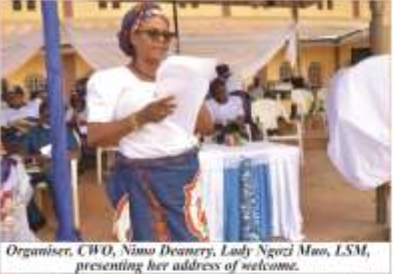