Neni, the headquarters of Anaocha LGA, Anambra State, last Saturday, October 16, came alive with pomp and ceremony on the occasion of the 2021 Triennial Convention of the Catholic Women’s Organisation (CWO), Neni Deanery. 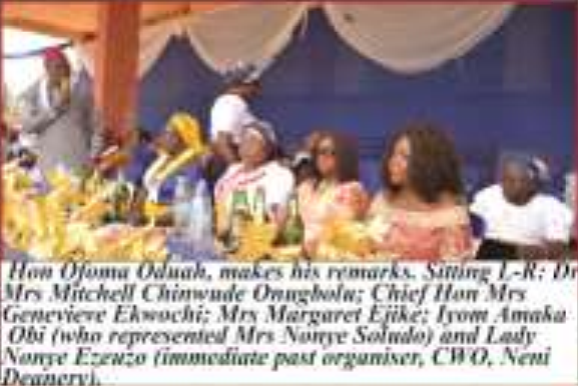 The event, held at St John’s Catholic Church, Neni, featured fund raising in support of the CWO evangelical bus, as well as skill acquisition and charity projects pegged at N50m. The occasion; which also featured conferment of various awards on some individuals, inter parish cultural displays and queen pageant competitions, was graced by CWO members, priests and others from the fourteen parishes in Neni Deanery.

In her address of welcome, the Organiser, CWO, Neni Deanery, Dr Mrs Uchenna Ebonam, identified human capacity building through evangelization, leadership trainings, seminars and retreats for members; as well as seminary food apostolates, participation in annual bishops’ Christmas, visits to schools and care for indigent women, among others, as some of the achievements of the deanery.

Speaking on behalf Hon Dozie Nwankwo, the chairman of the occasion, Hon Ofoma Oduah, in his remarks, encouraged the CWO to sponsor youths in skills in the existing Catholic Diocese of Awka-owned St John Innovation Institute of Management and Technology (JIIMATECH), as against building another skill acquisition centre. Oduah, who described the skill acquisition project as a welcome development, observed that another structure would be more cost demanding and might become desolate in future.

Earlier when he led in the concelebrated Holy Mass to mark the event, the Chief Chaplain, CWO, Awka Diocese, Rev Fr Jonas Unegbu, prayed the event would bring lasting God’s blessings on all the CWO members and their families, as well as fill them with the grace to be strengthened in faith.

In his homily, the Chaplain, CWO, Neni Deanery, Rev Fr Emma Achuke, tasked the mothers whom he described as mirrors of society on life who bore true witnesses to Christ. According to him, such role model characteristics would enable the mothers to shine out as ideal ambassadors of Christ in their families and society. 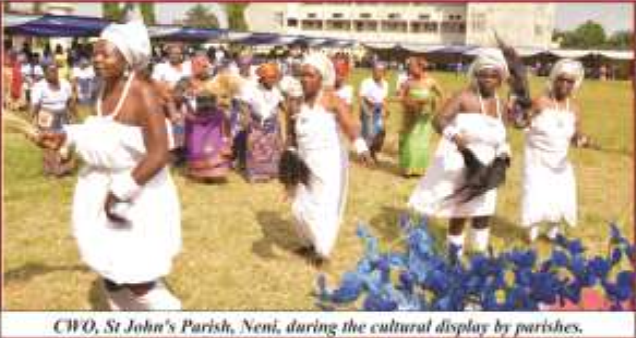 For her part, the wife of the Governor of Anambra State, Dr Mrs Ebelechukwu Obiano, commended the CWO for what she said was the priority which the organisation gave to the welfare of the poor and urged them to sustain the work of charity. Dr Mrs Obiano, who was represented by the SSA to the governor on Social Re-orientation, Dr Mrs Mitchell Chinwude Onugbolu, described mothers as the mirror of the Church.

Speaking on behalf of the Director, CWO, Awka Diocese, Lady Sabina Ngozi Ndigwe, the Financial Secretary, CWO, Awka Diocese, Mrs Amaka Anigbogu, commended the executive and members of CWO, Neni Deanery, for what she described as their committed support to the Church. She urged mothers to shine out as role models in society. 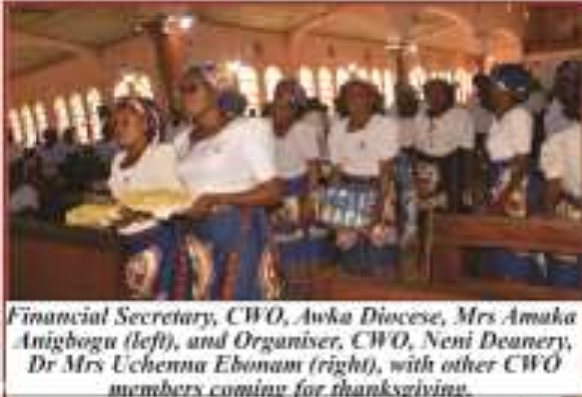