The Catholic Bishop of Awka Diocese, Most Rev Paulinus Ezeokafor, last Saturday, July 10, flagged off the 2021 August Meeting for the Catholic Women’s Organisation (CWO) of the diocese with the theme, “Catholic Women Working to Eradicate Trafficking of Women/Girls: A Clarion Call for All to Take Responsibility for a Healthy Planet”. 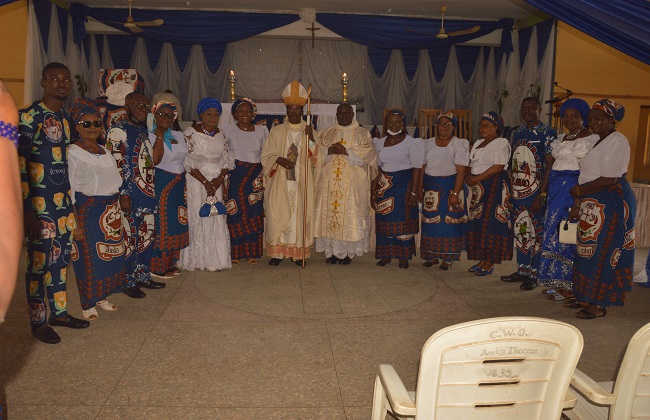 The event which was held at Cana House, Awka, Awka South LGA, Anambra State, had the CWO Awka Diocesan executive members, the CWO organisers of the 13 deaneries, as well as the CWO presidents and secretaries of the 108 parishes that made up Awka Diocese in attendance.

With the flag off, the August Meeting will subsequently hold across the parishes in the diocese in line with the time table.

Flagging off the August Meeting, the Catholic prelate urged the mothers to make the best out of the meeting which he described as being good for the Church and the community. Pointing out that proper training of the girl-child was necessary for the development of the nation, the bishop described the 2021 theme as very vital.

Earlier when he led in the concelebrated Holy Mass to mark the event, Bishop Ezeokafor in his homily, commended the leadership of the CWO for the flag off, noting that it would harmonize the August Meeting. 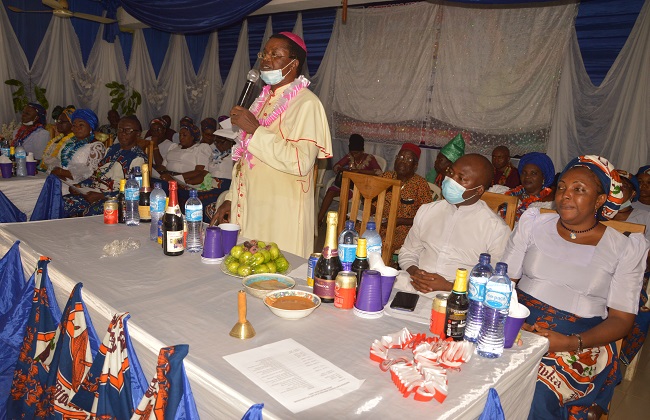 He charged the mothers to live up to their primary responsibilities in their families, take proper care of their children and husbands, and ensure that they nurtured their children properly for their better future.

The bishop, who cited the story of a woman whose husband had mixed marriage later embraced the Catholic faith due to the exemplary life of the woman, charged mothers to be embodiment of actions that bore true witness to Christ.

Pointing out that a strong foundation was necessary for good human development, Bishop Ezeokafor charged mothers to lay good spiritual and formative foundation for their children.

The Catholic prelate, who further based his reflections on the readings of the Saturday, advised all against ill doing but to instead spend their life in anticipation of heaven which he said was the target of all. 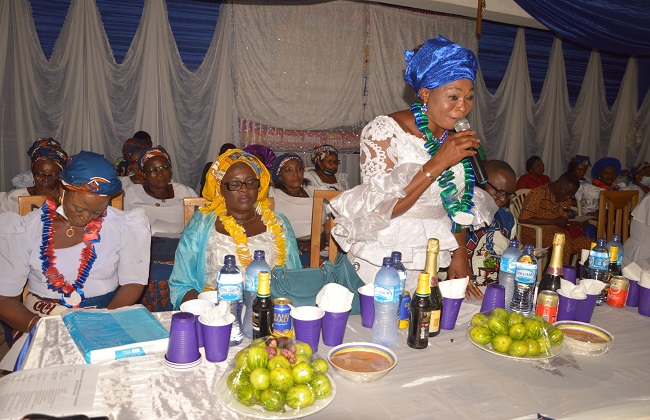 In her address of welcome, the Director, CWO, Awka Diocese, Lady Sabina Ngozi Ndigwe, described the theme as a wake-up call for all mothers to take responsibility for the fight against trafficking of women/girls which she described as a cankerworm which materialism, poverty and loss of core Catholic values unleashed on society.

According to the director, prostitution, ritual killings, use of women and girls as drug couriers, and use of children as professional beggars, as well as illegal adoption of babies, had been on the increase because mothers had not taken the responsibility expected of them. She charged all Catholic mothers, to at the 2021 August Meeting, come up with better ways to address the cankerworm.

Speaking at the event, the Senior special Assistant to Gov Obiano on Social Re-Orientation, Dr Mrs Mitchell Chinwude Onugbolu, who represented the wife of the Governor of Anambra State, Dr Mrs Ebelechukwu Obiano, described the theme as apt. 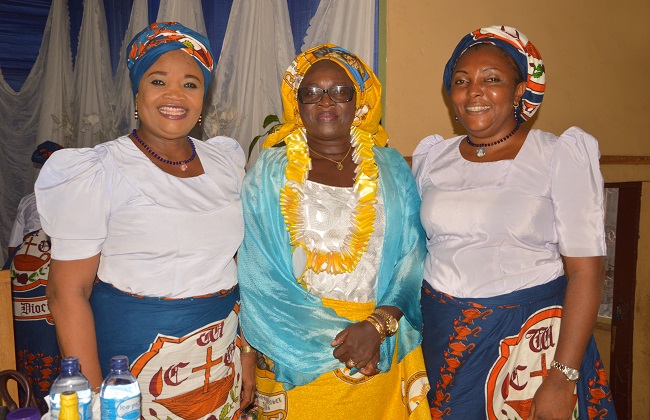 According to her, human trafficking was a cankerworm which a lot of mothers who sent their daughters out illegally (especially the underaged ones), were guilty of. He advised mothers to be mindful of the activities of their children who they sent to live with their grandparents, lest they turned to traffickers.