CP Nasiru Mohammed, new Commissioner of Police, Imo State Command, has pledged the readiness of the command to provide security for corps members in their respective corps locations  in the state. 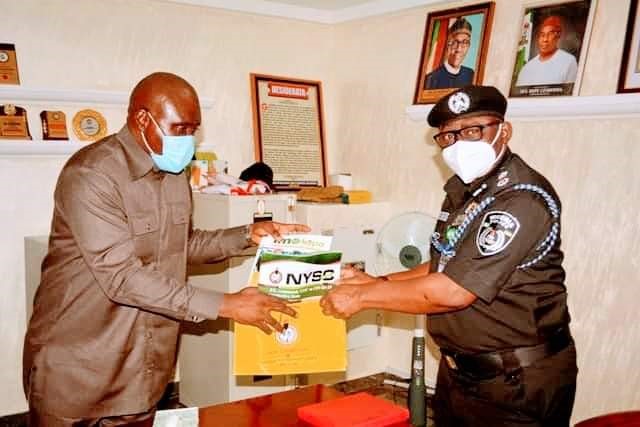 The CP disclosed this when Alh. Suleman Abdul , State Coordinator, NYSC Imo State, paid a courtesy visit to the command as part of measures to   sustain the existing working relations between the scheme and the state command.

During the visit, the Commissioner of Police stressed the need for the operators of the scheme to ensure that Corps Members serving in the state avoid keeping late nights as well as make painstaking efforts to contact the Divisional Police Officers in their host communities in case of any security challenge.

Earlier in his remark, Alh. Abdul, used the opportunity to commend the police command for provision of adequate security coverage for Corps lodges in the state and further requested the CP to make out time and visit the orientation camp during courses to deliver leadership lectures capable of motivating the youth particularly in this period of restiveness by the younger generation.

He equally commended the command for the quality of personnel released to the scheme during orientation programme and lauded their immense contributions to the success of the exercise.