Courage in times of Turbulence

I died and resurrected the first time I traveled by air. Before then I have been hearing that travelling by air is the safest means of transport. The taste of the pudding is in the eating. Hence experience taught me that the above assertion is false.

As I was boarding the flight, the air hostess at the entrance door of the airplane smiled and said to me, “Welcome on board. Feel at home and enjoy our flight.” I smiled back and waved at her. I searched and found my seat number located by the window from which I would be viewing the world below and the sky above.

I sat down on my seat and was imagining how the big aircraft with all the baggage and numerous passengers could fly on the air without falling down. Even I saw an extraordinary huge man among the passengers. His weight alone could pull down the plane. 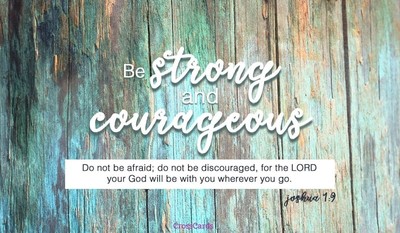 I exclaimed, “Bekee bu agbara!” That is to say, the makers of the aircraft are demigods. All said and done, I put on my seat belt and made a heavy Sign of the Cross and prayed, “Lord, I know you are watching above the sky. Take care of us as we fly on the air without wings.”

Before the flight set out, one of the air hostesses stood before the cabin and began to act a sort of quick drama with signs and symbols. She instructed us on the dos and dons. She pointed at the emergency exits in case of necessity. At this I wondered how the extraordinary huge man among us can meander through the narrow emergency exit when the time comes. The air sacks, swimming jackets and balloons were said to be under each seat. The oxygen apparatus hung above each seat and to be pulled down when need be.

She demonstrated how to swim out in case the plane lands on sea in an emergency situation. After all the safety measures were demonstrated, I became half dead. I shouted within my heart, “The devil is a liar!” I was totally overwhelmed with fear. One elderly man among us became disheartened. He decided to quit the flight. He approached the air hostess and demanded for the refund of his money.

The lady laughed at him and replied, “Going out of the plane at this moment is no more possible and no refund of money after payment. You must fly. Be courageous.” The man had no option than to go back to his seat. I saw despair written all over his face. He opened his handbag and brought out some sleeping tablets.  He drank four of the tablets and fell into a deep sleep. He slept throughout the journey by air.

At this moment, the pilot via an in-built microphone announced, “Gentlemen and women, tighten your belts and get ready for take-off. I tightened my own in such a way that there was no allowance to breathe well. As the plane began taxing along its axis, I was soaked in charismatic prayer and made a perfect Act of Contrition in case we fly into heaven, because nothing imperfect shall enter the Kingdom of God.

When the plane took off and was pointing upwards, I thought it was falling into abyss. My heart failed temporarily. I exclaimed, “God have mercy!” The passengers around me wondered and laughed. The young man sitting beside me said, “Old boy, take it easy.

No cause for alarm.” My heart failure returned to normal when the plane started cruising on the air. I smiled for the second time since I came on board and prayed quietly, “Thank you my God for bringing me back to life.” At this moment the air hostesses stood up and started to distribute snacks and drinks.

I ate enough to replenish the energy I lost due to fear. I crowned it with a small bottle of cold red wine. Then I dosed off.

I was awakened when the pilot announced in a hoarse voice, “Gentlemen, we are about to encounter some turbulent moments. Tighten your seat belts and be of good courage.” My blood pressure rose again. I didn’t understand him until the plane started jerking seriously.

My breath ceased. I was wondering how pot holes and bumps could be found on the air. The turbulence occurred for some minutes and there was calm again. Then I began to breathe normal again. I dosed off for the second time.

I was having some sweet dreams when the pilot announced, “Gentlemen, we are nearing our destination. Tighten your seat belts and prepare for landing.” I cleared my eyes and soliloquized, “Is landing also dangerous? Oh, traveling by air is full of tensions.” As the plane was lowering, it seemed as if it was falling down gradually. I made the Sign of the Cross again and closed my eyes to avoid seeing the looming danger.

Immediately the wheels touched the ground, I heard the sound of ‘kpum!’ There were shouts of joy everywhere. I shouted, “Praise the Lord!” The passengers around chorused, “Alleluia!!!” The plane taxed to its final packing point and we all went down smiling. By this time the despaired elderly man who took some sleeping tablets was still snoring like a pig on his seat.

An air hostess tried to wake him up, but all to no avail. At last he was carried out of the aircraft in a stretcher. He was dumped in the arrival place and he continued sleeping there because he took an overdose of the sleeping tablets. I learnt he woke up the next day.

On my consequent travels by air, locally and internationally, everything became normal. My fears vanished. I now fly with ease. In everything and in every situation, it is either we live or we die. There was a certain man who swore never to travel by air all the days of his life.

He had phobia for height. Can you guess what happened later? He was comfortably sleeping at home on his bed. Suddenly an aircraft with 80 passengers crashed over his house and he was instantly crushed to death. He did not travel by air, yet he met his death through the wreckage of crashed plane. All the 80 passengers and crew also met their sudden death. What a great lost!

Since Independence our country Nigeria is under great turbulence of bad governance. Hence the country has been sinking and sinking. Our economy is nothing to write home about. As Giant of Africa we have nothing tangible to show after many years of Independence.

Bad roads, epileptic power supply and lack of basic infrastructures are starring us at the face. We are still underdeveloped. Most countries are soaring higher and higher in science and technology while we are here talking about cattle open grazing and its bloody menace. For over a decade now, the turbulence has intensified with loss of innocent lives and properties.

Terrorism, kidnapping for ransom and for blood, banditry, Fulani herdsmen bloody attacks, agitations for self determination due to bad and unjust leadership are sinking the Nigerian boat. Many are calling for restructuring of the country and for power devolution to component states in order to curtail the threatening turbulence.

If nothing is urgently done to tame the turbulence, the 2023 Presidential Election is in great jeopardy. The National Christian Prayer for Nigeria in great distress is said daily for God’s intervention. It shall not be in vain, for God is not asleep. He has answered us before and he will hear us again at his own time.

As far as this world is concerned, we must be ready to encounter turbulence on frequent basis. Even it does not spare the divine. On a certain day during his earthly mission, Jesus Christ got into a boat with his disciples and they were crossing to the other side of a lake.

As soon as they set out and sailed, Jesus fell asleep. Suddenly there came a strong storm against their boat. Water from the lake filled the boat and they were on the verge of sinking. Out of fright they rushed to the sleeping Jesus Christ and woke him up, shouting, “Master! Master! We are sinking!” (Luke 8:24). Instantly Jesus woke up and rebuked the storm and it subsided. We should call on the Name of Jesus Christ in times of turbulence.

Nigeria is a giant ship sailing on turbulent sea. Natural and man-made forces are at work. Our elected captain has lost control due to injustice and nepotism.
Therefore, we Nigerians must take our destiny on our hands and be at alert always as we sail on the turbulent sea. The evil ones can come from within or externally. Those entrusted with authority at various levels should endeavour to stem the turbulence in our land. Injustice is the remote cause of the turbulence.

The political and the religious leaders are expected to join hands to help the suffering masses to cross the Sea of Turbulence as Moses did with the Israelites. Our politicians who often fan the embers of turbulence should give peace a chance. Groups and individuals are not spared in the fight against turbulence. We must do our best to check the tide. But without God on our side, our efforts are in vain.