What does one do when afflicted with suffering that is not cured by either medicine or through prayer? Sink into self-pity, or grow hard, cynical and bitter or perhaps openly re­bellious against life as a whole?

Such attitudes are not calculated to get the best out of life, nor do they richly develop human personalities and bring out their latent strength. Rather they are self stultifying, and spell defeat at the very centre of the personality.

Storm and earthquake, wind and tempest, difficulty and danger, frustration and handicap challenge our endurance and our courage and if we face up to them, we emerge from our contact with them stronger and bigger for our having them.

Such was the experience of Robert Louis Stevenson, the famous novelist who suffered from tuberculosis. Robert Louis Stevenson, daily coughing his lungs up continued bravely with his work, writing books of high courage and dauntless adventure. He so inspired the natives of the Pacific island, among whom he dwelt that they thought of him almost as a god.

He said once of himself, “I was made for a battle. But the powers that be have ordained that my battlefield should be that of the sickroom and the medicine bottle. At least I have not failed, but I should have preferred a place of trumpetings and the clear sky over my head”.

Such too, was the experience of the ladies in the two stories that follow:

The first story is that of a certain beautiful lady who lived in a Mexican village. Her only child died as a baby. Later, after a painful illness and an unsuccessful operation, she became paralyzed, unable even to stretch her legs. She suffered fre­quent painful spasms and was bedridden for the rest of her life, about thirty-five years.

After her husband died, she refused offers by fam­ily members to move in with them or to go to a rest home in a large city where she could have a better medical care. Knowing that her condition was incurable, she preferred to remain alone in her own house, in the village where everyone knew her.

The poor people came by her window (her bed was close to it) to tell her about their problems and needs, and she in turn gave them counsel and help. Yet her greatest donation to people was her suffering. She had a clock in front of her bed.

Every morning, she cheerfully started offering one or two hours of her suffering, along with her prayers through the day, for each person, either members of her family or anybody else she knew who was in need of God’s help. She espe­cially remembered the women who took care of her.

Even though the local priest took Holy Communion to her everyday, he thought it would be a great spiritual help for her to at least hear the Mass. A speaker was installed in her bed-room. She died early on a Sun­day morning. At the crowded Masses in the old Church, the priest announced: “A new saint entered heaven this morning”. Yes, into that world where there is no more pain and sorrow.

The second story is that of Blessed Margaret of Castello. From birth until death, Margaret was grossly deformed. She was ugly, a midget, a hunch-back, to­tally blind, so lame that she could hardly walk. Ashamed of her, her rich parents locked her up for years. Finally, they deliberately lost her in a distant city. Abandoned, Margaret was homeless until Domini­can lay women befriended her and allowed her to join them.

Despite her miseries, Margaret was serene, cheerful and courageous. She never became bitter, never complained, never reproached others or lost heart. Discouragement was a word she did not know. She found strength in prayer, in daily Mass, in Holy Communion and sought help from Jesus, Mary and Joseph. Margaret was courageous because she looked at suffering with the eyes of faith. She did not know why God permitted her to have so many afflic­tions. 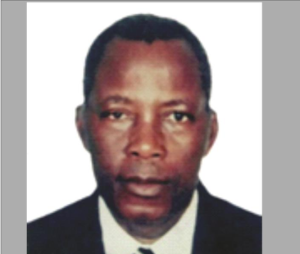 She did know that He was (and is) an infinitely loving and kind Father, who never permits one single misfortune without good reason, who always turns evil into good for His children. She wondered why people pitied her. Was it not a privilege to suffer with Christ? Suffering for her was a way to heaven.

Pain made Margaret sympathetic and understanding towards others. She visited prisoners, helped the sick and com­forted the dying. Since her death, at the age of thirty-three, she has kept on help­ing those who pray to her. Many cures have been attributed to her intercession.

The well-known Trappist monk writer Rev. Fr. Raymond O.C.S. produced a book which has a very special significance for those who are sick. The title of the book is “Your Hour”. It is the story of seven people who had to carry a particularly heavy cross of illness. Most of them, indeed, had to carry it through the very gates of death. The individuals described here met their destiny with fortitude and clear awareness of the tremendously important mission they were fulfilling in life.

It is this sense of purpose that Fr. Raymond is anxious to instill in the hearts of all who suffer. The striking thing about the people in this book is that their ailments were incurable, and they knew it. One of them was Rev. Fr. Carl Miller, a Jesuit missionary for 22 years in India who was brought back to the United States suffering from cancer of the pancreas. Shortly before he died he could confide to a friend: “My best work for India began when I arrived at St. Joseph’s Infirmary”.

John Leonard was the hard-working father of nine children suddenly prostrated by spinal bulbar polio, and destined to spend the next and last eight years of his life gasping for breath in an iron lung, yet never losing his deep trust in God. Here also is the story of how a truly Christian family reacted to the birth of a mongoloid child. Here is the account of a busy pastor, the victim of inoperable cancer, who each day said this prayer:

The last chapter in the book is concerned with Mary Ellen Kelly, of Marcus Iowa, who died May 9, 1961. For years she was the victim of rheumatoid arthritis, completely dependent on others, yet she organized a solidarity for bed-ridden patients and reached an ever widening audience by her writing until the day she died.

One of the most notable cases of fortitude in suffering is that of Lozano Garrido (1920-1971), a Spanish Journalist who spent 28 years in a wheelchair. He entered the Catholic Action group when he was 11 years old. During the Spanish civil war, he distributed Holy Communion to the imprisoned. His long illness began in 1942 and just one year afterward, he began to need a wheelchair. Twenty years later, nearly 10 years before his death he lost his sight.

From his wheelchair, with progressive paralysis affecting more and more of his body, he became a recognized writer and journalist. His professional life led to many publications, including reports to the Associated press and nine books on spirituality. When his right hand became paralyzed, he learned to write with his left, and when that hand too lost movement he would dictate his words. He died in 1971. In 2008, Pope Benedict XVI approved the decree of heroic virtue attributed to him.

Few men and women have attained to genuine greatness whose way has been too easy and too soft. Immanuel Kant, a German philosopher, was asthmatic; William Scott, the most internationally celebrated British painter of the 20th century was lame; Wolfgang Mozart, a prolific and influential composer of the Classical era who composed over 600 works, many acknowledged as pinnacles of symphonic, concertante, chamber, operatic, and choral music was tuberculous;
Ludwig Van Beethoven, a German composer and pianist who remains one of the most famous and influential of all composers, was deaf; Franklin Roosevelt, who was the 32nd President of United States and a central figure in world events during the mid-20th century was a spastic; President Eisenhower who was the 34th President of the United States from 1953 until 1961 as a child was given up for dead; Sir Winston Churchill, a British Conservative politician and statesman known for his leadership of the United Kingdom during World War II and who served as Prime Minister twice (1940–45 and 1951–55) had a lisp; Handel who was a German-British Baroque composer, famous for his composition of the Messiah with the Alleluia chorus which is sung during important social and religious events all over the world was blind.

They won through, not because life made things easy for them, but rather because it made it hard. Out of that hardness they developed interior strengths and confidences.

Only those who accept the fact that life is a battlefield can make of experience­ the exhilarating and rewarding thing that in fact it may be. And only these can discover their finest powers and deepest strengths.

Sister Thea Bowman, the grand daughter of American slaves, became a Franciscan nun, and spent her life fighting against racism and for reconciliation. As she was dying of cancer in 1990, she said, “I have tried to make a day-by-day decision that I want to live joyfully. I want to laugh, to smile…” You too can, no matter your situation.

Lord Jesus, You are the sole Master of the future.

Keep us from despair and the fear of what is to come.