Corps member will not be posted to security challenged areas – NYSC

The increasing spate of insecurity in some parts of Nigeria especially in the North has instilled fear and raised concerns about the safety of corps members in those states.

Kidnapping by bandits have plagued states like Kaduna, Katsina, Plateau, Zamfara, which has necessitated a call for the National Youth Service Corps, NYSC to be scrapped till security is restored in those states.

Some parents and corps members reached out to DAILY POST lamenting about the situation and posting of corps member to states facing insecurity. 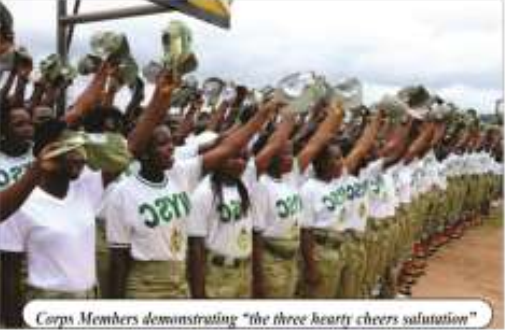 An official of NYSC addressing the concerns told newsmen that measures are in place to ensure the safety of corps members.

He disclosed that the NYSC act in Nigerian constitution states that corps members must be posted to every state, reason why redeployment is still ongoing in the North.

However, the NYSC official said corps members posted to states like Kaduna, Borno , Zamfara have been given the opportunity to apply for a transfer out of the state if they demand.

According to him, the scheme which is headed by the military does not joke with the safety of corps members and gets first hand information on the state of security in every state before orientation camps begin.

He also mentioned that in a case where a local government or state is under attack, NYSC will immediately transfer corps members from that state or LGA.

We have this policy in states like Adamawa, Yobe, Borno and others plagued by insecurity that those interested in redeploying can apply and it will be granted but some Nigerians still apply for relocation to Borno State.

‘NYSC is not insensitive like what most people imagine. The scheme is headed by the military and we have the opportunity of having firsthand information about security situation. Before we start any camp, we look at the security situation. In every camp, we have DSS and security agents working underground. Even the roads to the camps are worked on and monitored.

‘In Kaduna State for example, because of insecurity we shifted the camp to another location and started one week later, also in Plateau State, we did this and have nothing more than 100 corps members. Authorities of NYSC are also parents and we have our staff at these camps and would do anything not to endanger their lives.

‘We don’t have the leverage of not posting corps members because of law that governs the scheme but we put in measures to make sure everyone is safe.

Making reference to the recent accident which killed some corps members, DAILY POST asked if the scheme is considering posting corps members close to their places of residence, but the official said the scheme has warned prospective corps members travelling to orientation camps to avoid travelling at night to stay safe, adding that most accidents happen at nights.

‘Most accidents happen in the night and corps members have been warned not to engage in such travels. They have been warned to stay at any secretariat while embarking on any journey and continue the next day in order to avoid accidents.

‘These are the things we can take control and God does the rest.’ He added.