Oluchi who said she is a humanitarian who loves to leave dazzling emblems wherever she goes said she was motivated to carry the project because of the difficulties female students face on a daily basis in the society.

‘I carried out this project to encourage students on the importance of education with the mindset of them seeing me, and wanting to be a reflection of me someday. I also want to encourage Corps Members that societal growth is in our hands, so they will know that no matter the little you are given, you can still impact lives.’ She said 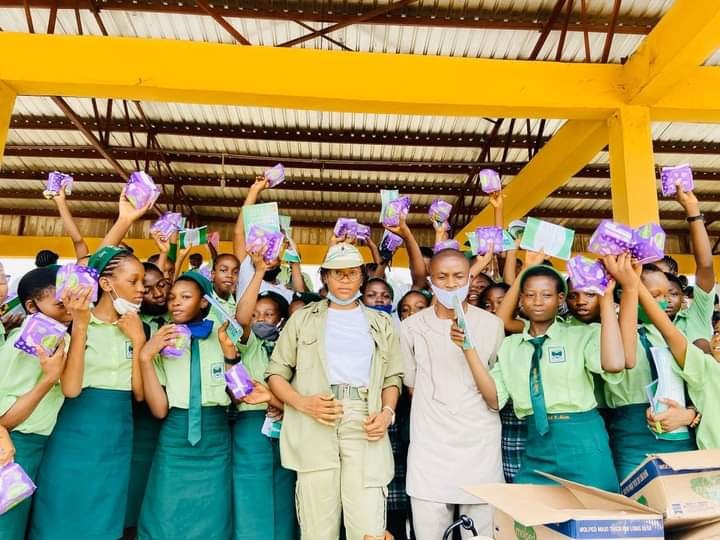 Oluchi who hails from Nsukka Local Government Area of Enugu state noted that she felt relieved and achieved for finally accomplishing the project.

The graduate of Statistics from the Federal Polytechnic, Auchi in Edo state stated that the project was not devoid of some challenges. ‘At first, I was confused, I didn’t know how to generate the money, but I kick started with what I had saved and God made it possible.’ she expressed.

In his remarks, Mr. Ogunyemi A. O., Vice Principal, FGGC, commended the project. He thanked the Corps Member for choosing the school, praying for God to be with her in all her endeavours.

‘Community Development Service is one of the cardinal programmes where Corps Members are encouraged to impact the life of their host communities by carrying out projects like this.’