Congratulations to the Best Fides Staff in 2021…Alexander Adejoh!!!

It’s another December and the time for Fides Media limited to choose the best worker in the year. This time, the dynamic and vibrant Zaria-born Alex Adejoh qualified to wear that esteemed tag. I remember just last year when he joined us here in Fides as a youth corper. There was nothing special about him on the first look because he was just like the guy next door.

Each time I saw him, back then, all I mostly observed was his uncertainty. I saw intelligence and the smartness in him, but then again, looking closer, you would see a young hausa boy trying to learn the ropes in a different ethnic setting, or so it seemed. I mostly observed as well, that he wasn’t too relaxed like he should be, considering that Fides was one of the most homely places to work in. 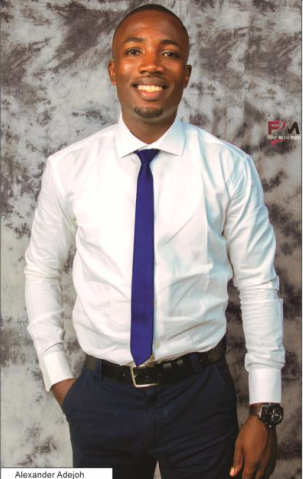 I eventually felt he was like that because he was still trying to adapt to the new place he found himself, until one thing led to the other and he opened up about the nagging fear he nursed because of the stories he heard before coming down east about Igbo people  eating human flesh and the stern warning he was given when he left Zaria, that he should be very careful  so that he doesn’t fall into the trap of people that might eat him up. Funny, isn’t it? Oh well, that was exactly a year ago when this smart Alec joined us. His journey has been an interesting one. Pls, read excerpts of his interview with Frank Talk…

So, Let me start by congratulating you for winning the award for best Fides staff, 2021.

Tell us how you feel right now.

I feel humbled. I am deeply touched. I’m just thankful and grateful to this organisation for all the little recognitions I get, just for being myself. It’s a very overwhelming feeling.  I never saw this coming. Not even in my wildest imagination, but I thank God for his grace and guidance. I also think the management and staff of Fides Media Ltd for the confidence reposed on me. It’s awesome! I feel good.

Tell us about the journey so far from when you joined Fides to the present time.

I joined Fides as a Youth Corper. We were a group of friends posted to Anambra for our NYSC – Precious Ukeje and myself applied when we heard about the job vacancy and surprisingly, we were employed. For someone like me who came to Anambra with this misconception about Igbo people eating strangers, I didn’t know how I was going to cope. My mother was worried in zaria because we didn’t have people down here.

However assured her that everything will be fine.   Surprisingly I realise just after a few months that the most amazing people to mingle with, work with and build a team with, are the Igbos. I was never relaxed. I was so scared initially, especially as I did not understand or speak their language, but they make me feel at home like I had never been.

They showed me love acceptance and kindness on a very large scale and it’s a very good feeling. I remember when I was always almost homeless in the state and the Fides Director offered to pay for my accommodation. I had to call my mum to tell her that people people were not like she thought they were. And she believed me.

So, what has the journey been like, so far?

Well, my story has been that of grass to Grace. It’s been a continuous upwards movement in my career path. I remember when the former Chairman of the Fides Welfare association Mr Izuchukwu resigned from Fides.  Just before he stepped down, he approached me and said he really would want me to take over as the new  Chairman of the Welfare Association. 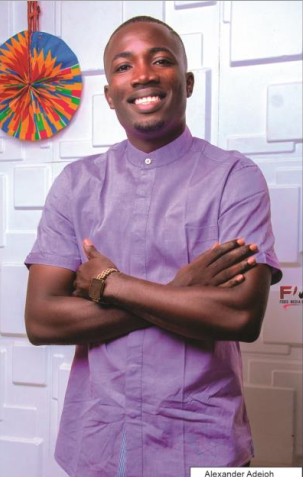 I was surprised and wasn’t sure I was ready for that sort of responsibility, but he insisted and told me to my face that he would love the Welfare Association to wax stronger like never before and I should just accept it.  He trusted my capacity to drive the ship well and I saw that I was being looked up to and had to accept it. Close to a year after I joined Fides, the Production manager resigned and I was just talking with Mercy Hill and she said, ‘do you know that the Production manager will resign soon.

Why don’t you apply for that position I know you can do it’. She just mentioned it so casually and I’m like ‘Wow! No I can’t’. She just told me to think about it or at least, apply since the position was already openly being advertised. She insisted that I should just apply. When I mentioned it to my friends, Elizabeth, Jummy and Precious, they all encouraged me to apply for it. Well, I did and I got it.

You know, when people believe in you, it makes it easy for you to believe in yourself. It was their trust and confidence in my capacity that made me go for that job. The former production manager pulled me through the ropes for two weeks and thought me the basics. Well, here I am today. It can only be God and His Grace!

Any challenges through all this?

Not being able to speak the Igbo language or understand it posed a major challenge for me. Sometimes you need to interview people and they don’t say a word of English and I don’t say a word of Igbo so it becomes a problem. I remember going to Umuchu for this particular assignment where I needed to talk to an old woman.

When I got to her place, I realised she didn’t know how to say a word in the English language, neither did she even understand it and I didn’t understand the Igbo language either so it was a big problem until I had to find somebody who was able to interpret all I said to her and vice versa. That was how I was able to succeed in carrying out that task. Yes, the language has always been a barrier for me.

When I attend coverages in churches it’s always a major problem because the sermons are mostly in the Igbo language.What I do is I get the homily on tape, then when I get to the office I tell someone to help me transcribe. I appreciate Bishop Jonas Benson for always summarizing his sermons in the English Language. That helps out a great deal.

Having come this far, one can’t help but ask what your driving force is?

The love experienced here is awesome. Fides is an amazing place to work in. We are like one big family bound with love. The love in Fides heals. It builds. It heals. I remember when I really felt the need to travel up north to visit my mother. The election period became a very good time for me but I did not have enough money. I told the Fides Director about my predicament.

I asked him for a loan so I could go see my mother. He did not give me a loan.  he gave me the money for keeps. The love that flows in Fides generally compels one to give the best they can. The team spirit is awesome. We all work as a team, most genuinely. It’s a major driving force for me. I can’t give it up for all the tea in China! This is what I know. This is what I feel.

What are the things you would like changed in Fides?

Remuneration . Things are really hard. I have seen over 7 resignation letters on my desk as the Chairman of the  welfare association. I usually wish my fellow workers well when they tell me they are resigning. This time, however, I had to ask them what their reasons were. Your guess is good as mine. They mostly complained of Remuneration. Salaries should be reviewed from time to time.

Your advice to staff members?

I advice them to keep up with the team spirit. Fides is blessed with amazing staff members who understand the language of dedication. Let us all keep on making a difference in our different spots at work. There is dignity in Labour. Let’s be champions in our different desks. At the end, not just Fides, but the staff members will take the glory for being the best at what we do and impacting in our society, state and country, generally.

Congratulations once more, Alex and thanks for your time.