Traditional rulers in Delta State under the aegis of Delta State Council of Traditional Rulers have cautioned the Dein of Agbor over comments on the classification of kings in the State.

The Monarchs said the Agbor king would have sought more information and education on how kings are graded in the State before making such comment.

The Council, rising from its monthly meeting at its secretariat in Asaba, the State Capital, frowned at the comments of Dein of Agbor wherein he was alleged to have stated that the Olu of Warri and Obi of Agbor are the only first class kings in Delta State. 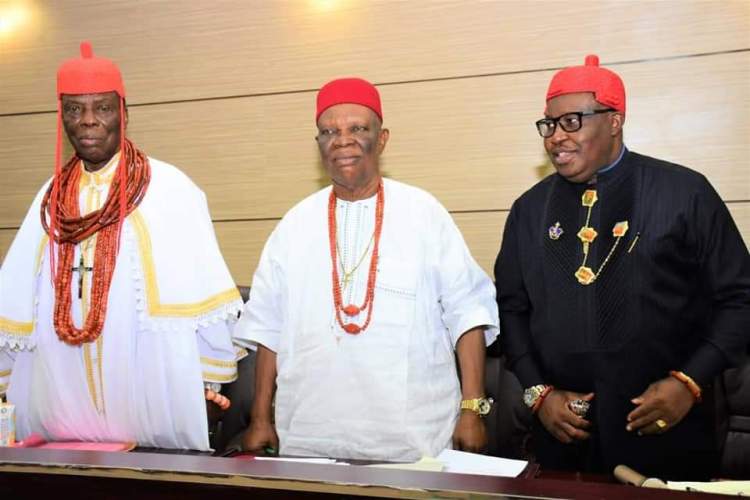 “The Council had initially assumed that the Obi of Agbor was quoted out of context in the said publication and dismissed same with a wave of the hand, but after a careful and thorough investigation, it became clear that the publication is properly attributed to the Obi of Agbor.

“In view of the above confirmation of the publication accredited to him, the Council will respond as follows: ‘That by the express provision of Section 45(3A) of the traditional rulers’ Council and Chiefs law CAP T2, Delta State, upon which the Obi of Agbor is operating and functioning as a king, declares all traditional rulers of the State as co-equals.

“The in view of the law cited in paragraph (A) above, there is no rating or special classification of traditional rulers in Delta State as claimed by the Obi of Agbor.