The Catholic Men’s Organisation (CMO), Awka Diocese, has ended its 2021 Annual Retreat with a call on members to be role model leaders in their families, the Church and society.

The retreat which was held at Archbishop A.K. Obiefuna Retreat, Pastoral and Conference Centre, Okpuno, Awka South LGA, Anambra State, from February 19-20, had, “Being the Leaders of Faith and Morals in the Face of Difficulties, Opposition and Challenges in the Church, Community and Society”, as its theme. 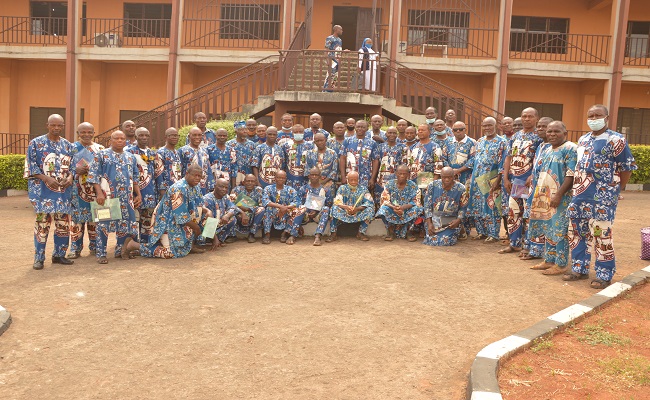 Speaking on the theme the retreat moderator, Rev Fr Christopher Ezeh, tasked the Catholic men on a life of constant prayers and connection with God to enable them to take care and control of every difficult situation. He admonished the fathers against neglecting their primary responsibilities in their families and society.

Rev Fr Ezeh, who is the parish priest of St Paul’s Parish, Abba, Njikoka LGA, Anambra State, identified constant visits to the Chapel of Perpetual Eucharistic Adoration and personal relationship with God as some of the means through which the faithful would have their needs attended to by God.

Pointing out that the miracle of turning water into wine was possible because the couple invited God to their wedding, the priest noted that miracles did not take place in heaven, but that the power for miracles were given to the people of God. He advised those who wished to be happy to develop personal relationship with God, as well as to share their problems and needs, especially their difficult situations with him.

The Catholic priest described the Eucharist as the summit of all worship and explained that the faithful adored and reverenced the Eucharist, and the priest guarded the Eucharist with total adoration because God revealed himself in totality in the Holy Eucharist. 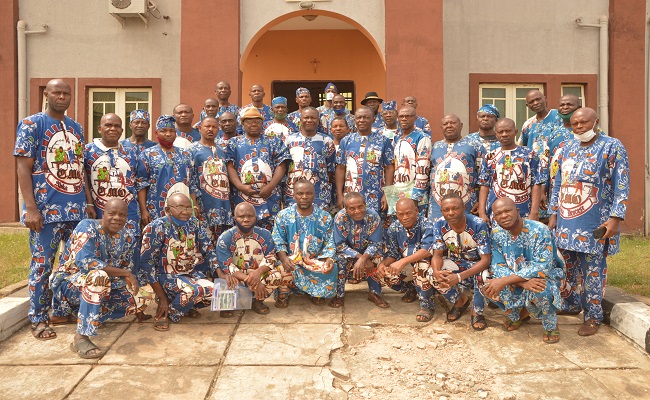 Fr Eze, who recalled how the power of prayer and adoration changed the decision of the bishop and made the August 20, 1994 priestly ordination of his set possible, averred that God in the Blessed Sacrament was ready to turn every situation around for good.

The priest, who also spoke on the benefits of the Sacrament of Penance, charged the faithful to constantly engage in what he described as devotional confession, which, he said, wiped away the penance one ought to suffer in purgatory.

Citing the Book of Proverbs 28: 13 and 24:16, the retreat moderator exhorted all against concealing their sins, lest they perished. He explained that confession of old sins which one had confessed in the past was more effective.

In an interview with Fides, the President, CMO, Awka Diocese, Comrade Joseph Chukwujekwu Onuegbu, said the retreat which was one of the annual programmes of the organisation, was organized to give the members an opportunity to spend special time with God in prayer and contemplation, as well as for their spiritual renewal. 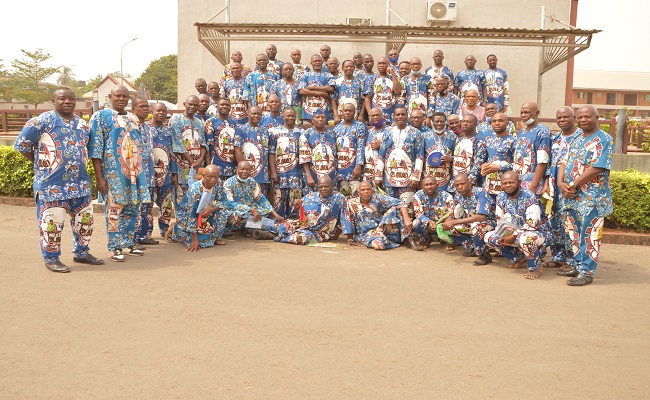 Awka Region CMO members that participated in the retreat with some executive members of CMO Awka Diocese, ABAKORPACCO, Feb 19-20, 2021.

He urged the participants to live out the fruits of the retreat in their families and parishes.

Also speaking to Fides, the chairman, CMO, Enugwu-Ukwu Deanery, Mr Gabriel Okonkwo, said he was fulfilled over the retreat, which, according to him, would help them to deepen their faith in God and in the Church.

Fides gathered that the participants at the retreat were selected two members from each of the 13 deaneries, 104 parishes and two chaplaincies that made up the Catholic Diocese of Awka. They also included the executive members of the diocese.