Fides gathered that the Silver Jubilee which was earlier fixed for 2020, was celebrated this 2021 due to the coronavirus pandemic that was at its peak last year. At 25 years plus, the ADCMO which was said to have continued to progress under various administrations, has Rev Fr Jerome Okafor, Comrade Joseph Chukwujekwu Onuegbu and Hon Innocent Nwafor, as the current Chief Chaplain, President and Secretary, respectively. 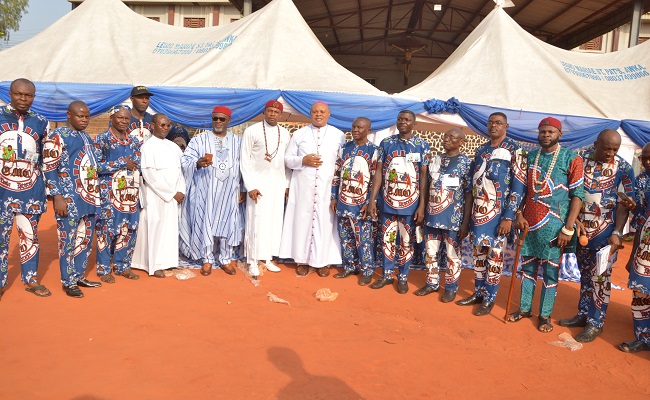 Leading in the concelebrated Holy Mass to mark the May 29, 2021 Silver Jubilee at St Patrick’s Cathedral, Awka, the Catholic Bishop of Awka Diocese, Most Rev Paulinus Chukwuemeka Ezeokafor, in his homily, urged Catholic men to live up to their responsibilities as leaders in all facets of society.

The bishop, who recalled the laxity and laissez faire attitude of the CMO members in the past, expressed his delight that the current ADCMO had an identity. He prayed God to endow the members with the needed grace that would enable them to be authentic Catholic fathers in their families, the Church and society.

In his address of welcome, the President, Awka Diocesan Catholic Men’s Organisation, Comrade Joseph Chukwujekwu Onuegbu, thanked God for his mercy, love and sustenance on the organisation and the members.

The president, who appreciated the Executive Governor of Anambra State, Dr Willie Obiano, KCSG, for the bus he donated to the ADCMO in 2015, solicited for more of his support in aid of the organisation’s projects.

Comrade Onuegbu in the address, solicited for donations in support of the ADCMO’s projects of completion of the CMO’s complex at St Patrick’s Cathedral, Awka; flooring and landscaping of the front of the CMO Plaza, Awka; payment of the outstanding N60m for the CMO- Peter University hostel project and a photocopying machine. 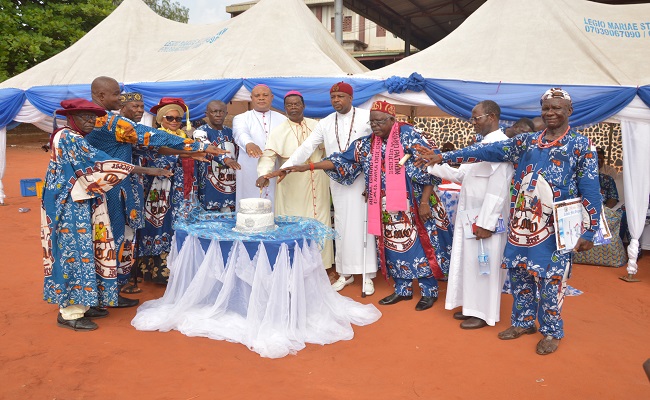 In his remarks, the Chairman of the occasion, High Chief Azubuike Ekweozor, Ide Umuawulu, urged the fathers to encourage their children to support church development. Ekweozor berated those, who, he said, tended to prevent their wealthy children from donating to Church and human development.

The ADCMO, at the event, conferred various honours on 23 individuals, in recognition of their contributions to human and Church development. 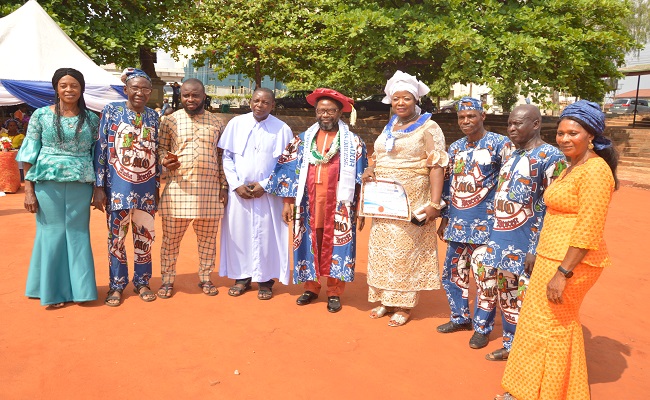 One of the new ambassadors of ADCMO, Professor Okwudili Anigbogu (centre) with his wife (4th from right); parish priest of St Kevin’s Nimo, Rev Fr Mac Ben Okeke (4th from left), and others.

Those honoured promised to live up to their expectations.