Erstwhile governor of Anambra State, Sir Peter Obi, CON, KSS, has described the Church as a very important tool in the course of human, community and societal development.

Obi, who stated this in his remarks at the 41st Anniversary and 2021 Feast Day of the Catholic Diocese of Awka-owned St Dominic Savio Seminary, Akpu, Orumba South LGA, Anambra State, on Saturday March 13, called on the Church not to relent in her contributions to nation building. 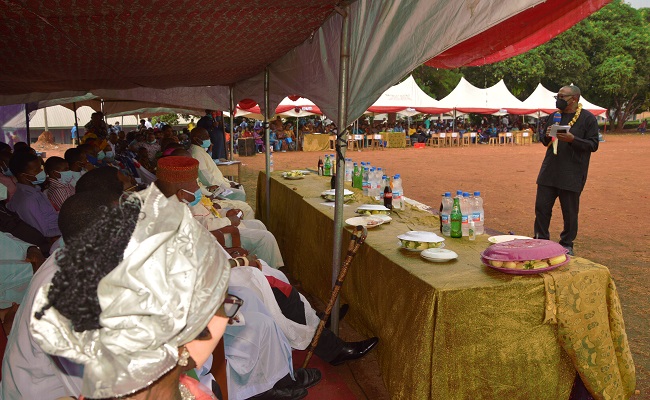 Recalling the fruits of his partnership with the Church and other positive-minded organizations, the former Anambra State Governor, said the Church contributed to the successes recorded by his administration in quality education and health care delivery.

He noted that Anambra State under his administration recorded many achievements because the Church keyed into his vision, which, he said, included restoration of education, health and other critical sectors.

Sir Obi, who was a vice presidential candidate of the PDP in the last Nigerian Presidential election, commended the Church for what he described as the leading roles she played in human, education and infrastructural development.

According to him, the Church was consistent in quality delivery and had executed all projects in the education sector, the health sector and other areas with bill of quantity, while maintaining quality standard.

He called on the masses to pray for those in government and other public office holders to use public funds for the public projects, as well as execute projects with bill of quantity meant for such projects, and not with variation.

For his part, the Rector, St Dominic Savio Seminary, Akpu, Rev Fr Anthony Akabogu, extolled Obi for what he described as his giant contributions to quality education delivery in Anambra State. He added that the seminary alongside other institutions were beneficiaries of the vehicles, generators and other facilities donated by the former Gov Obi’s administration.