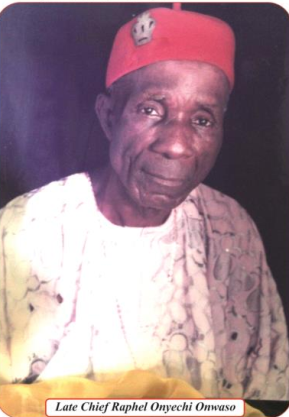 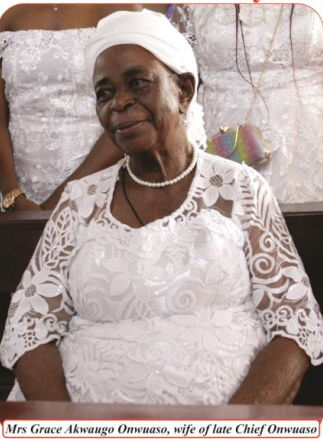 Ideal buttered bread was the famous bread industry founded by the late Onwuaso in the 1980s, following the wounding up of his bread business, All Saints Bread, established with his friends in the 1970s.

Ideal buttered bread was in existence until the Babangida Administration’s Structural Adjustment Programme of 1986 which saw the bread industry closed.

The burial began with a concelebrated Holy Mass led by Most Rev. Solomon Amatu, Catholic Bishop of Okigwe Diocese. In his homily, the Catholic Bishop of Awka Diocese, His Lordship, Paulinus Ezeokafor, exhorted the congregation to detest evil in all its entirety and live a life worthy of the crown of glory.

He encouraged them to participate in the activities proposed by the Church, noting that the Church was not a free-for-all arena, hence, orderliness and structure must be maintained.

He consoled the family of the late Onwuaso, even as he encouraged the children of the deceased to hold fast in Christ and take special care of their mother. 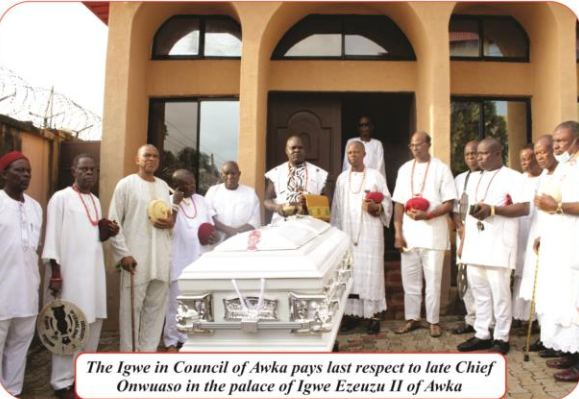 In his vote of thanks, Rev Fr Lawrence Onwuaso, son of the deceased, appreciated Bishops Amatu and Ezeokafor of Okigwe and Awka Dioceses, respectively, for their love and care towards his family. In a special way, he thanked his elder brother, Chief Felix Ikechukwu Onwuaso, and Rev Fr Paschal Udo, the acting administrator of St Patrick’s Catholic Cathedral Awka, for what he described as their tireless efforts and care rendered to the late Chief Onwuaso during his last days on earth.

The late Chief Onwuaso is survived by children, in-laws and grandchildren. 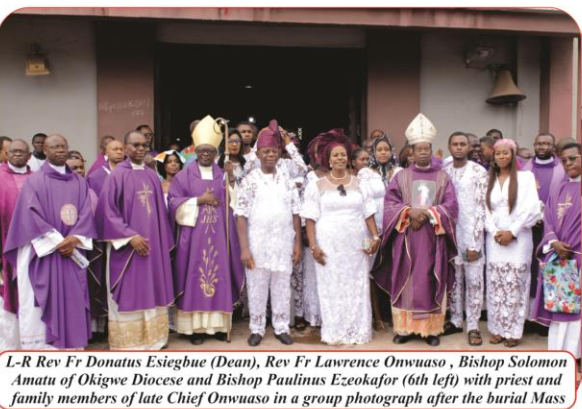