The Mgbako Royal Family in Enugwu-Ukwu, Njikoka L.G.A., Anambra State, has held memorial ceremonies for the late Chief Iyom Deborah Ifeoma Mgbako who was born on February 18, 1950 and died, March 16, 2020. 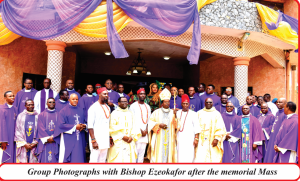 The memorial ceremonies commenced with a Vigil Mass in the family compound on Friday, August 19, 2022, while the memorial Mass was held on Saturday, August 20, 2022 at St Francis Catholic Church, Enugwu-Ukwu. It attracted people from different walks of life.

During his homily, at the Vigil Mass His Lordship, Most Rev. Jonas Benson Okoye, Catholic Bishop of Nnewi who was the Chief celebrant, spoke on the essence of being virtuous. He explained that the soul of the virtuous was in the hands of the Lord. 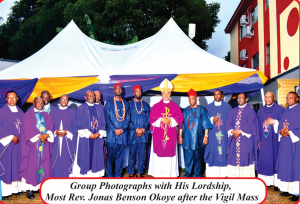 Drawing from the Gospel, he encouraged the people of God to live their lives as Christians, explaining that through baptism and other Catholic Rituals, the faithful were configured to behave like Christ.

The memorial Mass was presided over by His Lordship, Most Rev. Paulinus Ezeokafor, Bishop, Catholic Diocese of Awka. During his homily, he emphasized the need to obey the laws, especially the laws governing the state. He also stated that the laws were for the good of the people and should not be neglected. 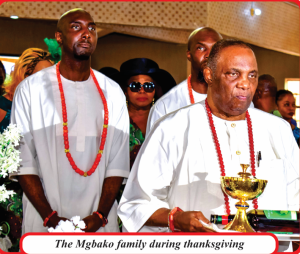 Describing the late Iyom, Very Rev. Fr Peter Val. Uzoezie, Parish Priest, St Francis Catholic Church, Enugwu-Ukwu, explained that she was a gift to the Church and the community at large. He said the family of the late Iyom Mgbako, popularly called, Enyikwoku, contributed greatly to the Church through the deceased. He also described her as a great mother to her children saying she gave her children the best of training.

Talking to Fides Media, Dr Obinna Mgbako, son of the deceased, said his mother loved deeply and gave up herself deeply. ‘My mum was a giver of light, she was a tender space for all of us and with all that she has provided for us, we have all done the best we can to continue her legacy of giving, loving and spreading awareness of personal strength,’ he said.

For his part, Dr Ofole Mgbako, youngest son of the deceased, explained that he was blessed to be a son to the late Iyom. ‘There are many lessons to learn from my mum. One of it is empathy. She had empathy for everyone, and I try to do same for everybody around me,’ He said. 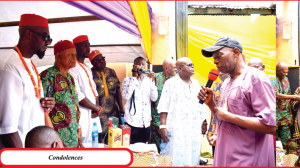 Chief Dr Ambrose Mgbako, Eze Iddi XI of Enugwu Ukwu na Umu Nri, husband of the deceased, while giving the vote of thanks at the memorial Mass, appreciated the bishops, priests and religious, family, friends and guests, for finding time to celebrate with them. 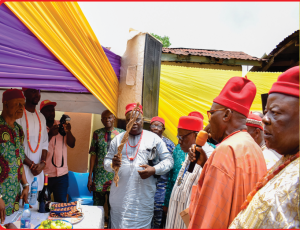 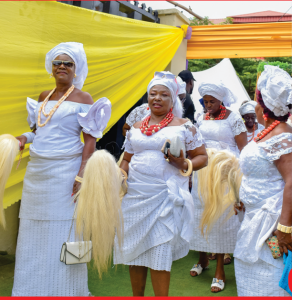