The reception of the trio into the Nze an Ozo of Obiuno, Igbo Ukwu, a branch of the traditional society in Igbo Land was held on Thursday, 31st December, 2020, at Joseph Igwe Okafor’s Compound, Igbo Ukwu, Aguata LGA, Anambra State. 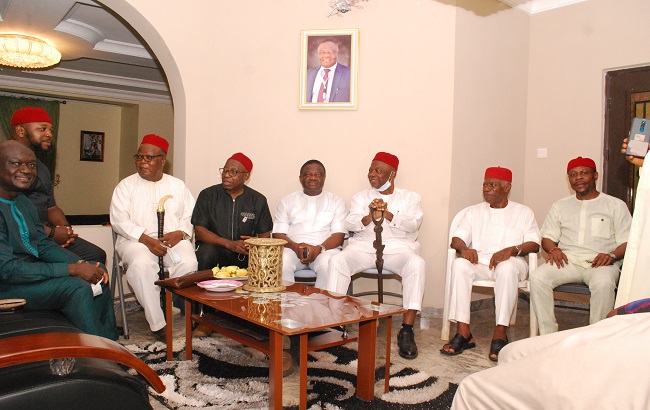 Fides gathered that the trio following their installation and subsequent reception into the society, were expected to uphold the traditional values of Igbos and engage in activities that will project Igbo Ukwu Community in  positive light.

Leading in the Eucharistic Celebration that preceded the conferment of the Nze na Ozo title, the auxiliary Bishop of Awka Catholic Diocese, His Lordship Most Rev. Jonas Benson Okoye, congratulated the recipients, Engr. Dominic Okafor and his brothers on the conferment of the honor which he said were exclusively reserved for honorary individuals who must have distinguished themselves in their community.

He urged them to be stand out as shining light, while always being on the part of the truth. He beckoned on them to bear in mind that the conferment of Nze na Ozo title in Igbo land has its own unique responsibility and charged them to carry out their responsibility such that masses will be impacted positively. 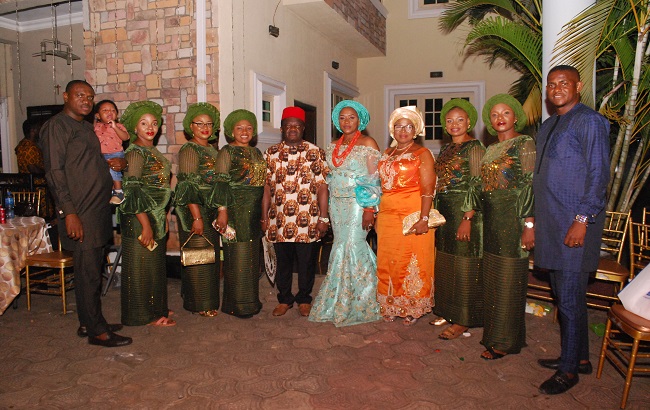 The Catholic Prelate tasked them to use their position for the benefit of the masses, saying that by virtue of their position, they should be able to set agendas and help in the execution of laws that would be favourable to all.

Admitting the trio into the Nze na Ozo Council, the Chairman of Nze na Ozo in Obiuno Village, Igboukwu, Nze Nkeonye Nwabueze, enumerated the dos and don’ts associated with the membership of the society and charged them to see their membership as a forum to advocate for the interest of the masses. He urged them to always conduct themselves in a positive manner that will not bring shame and disgrace to the general body of the council, saying that they must stand on the path of truth at all times.

Speaking to Fides, one of the trio who was received into the Nze na Ozo society, Engr. Dominic Okafor, noted that as a community leader, he was motivated to join the society sequel to his interest in engaging in things that would impact lives positively. He maintained that the membership of the council would avail him the needed platform to contribute effectively to laws and regulations governing lives of the people in order to move Igboukwu and Igbo society in general forward. 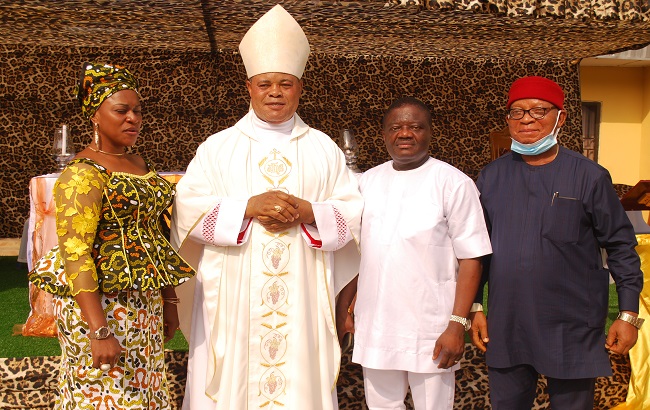 In his words ‘I will do all within my capacity to as a titled man in Igbo land to promote the wellbeing of the common man. Knowing where I’m coming from and as a Rotarian for the past 24 years, I will employ the Rotary 4way test knowing fully well that it will further all the good things that Nze na Ozo represent.

Engr. Okafor, who was conferred with the title of Ezechinyelugo, explained that his reception into the Council of Nze na Ozo was performed by the Ebe Ozo of Obiuno Village, Igboukwu, which he said was an arm of the town’s general council.

He said he was overwhelmed by the people who graced his occasion as a result of the impact he had on them.

Contributing, Mr. Fredrick Okafor, who was conferred with Ebubedike Chieftaincy title, thanked God for making the day’s event fruitful and promised to engage in activities that will put Igboukwu in positive light.

Adding her voice, Mrs. Eucharia Okafor, one of the three women admitted into the Lolo group of Obiuno following the installation of their husbands, said they are expected to support their husband to keep to the rules and regulations guiding the Ozoship title.

In a related development, the Board Members of Apex Medical Group led by the Chief Medical Director, Prof. Uchenna Nwosu, presented an honorary gift to Engr. Dominic Okafor, who is one of the board directors of the medical group.

He said that the gift was a replica of one of the things discovered in Igboukwu land by Prof Shaw Thurston 60 years ago to indict his through root and propel him to do more for the betterment of the community.

He said that the conferred of chieftaincy title on a board member of the hospital group was a good thing for the general body and urged him to continually be steadfast and upright in all he do. 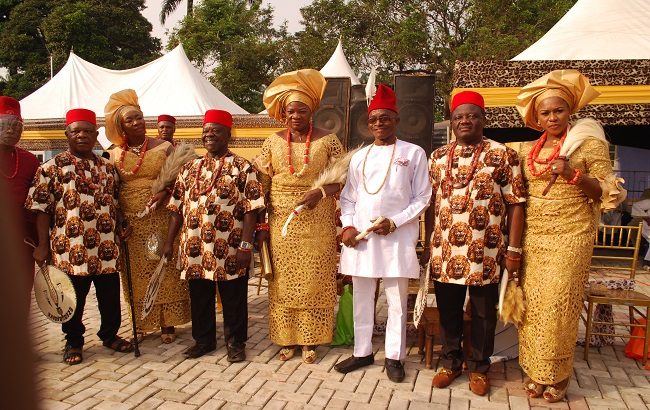 He disclosed that the hospital established as rural health provider, had existed for 53 years and said that the directors had being playing great role to make health accessible and affordable especially in the area of Orthopedic for hip and knee replacement. He expressed optimism that the group would open up neurosurgery and intensive care unit in the first quarter of 2021.

He said that gift was to appreciate Engr. Okafor for his contributions to the group as one of the young members of the hospital board.

Reacting to the gift, Engr. Okafor, described Apex Medical Group as a house hold name in rural medical practice and said he has great respect for the Chief Medical Director, Prof. Uchenna Nwosu, who after so many years of Sojourn in the United States decided to come back to Igboukwu and called his friends together to set up Apex Medical Group through their common fund.

He said he felt elated being a member of the board as it gave him an opportunity to work closely with first class and accomplished gentlemen. He noted that the essence of setting up the hospital was to offer medical care to people at affordable cost that would see to the day to day running of the medical group.