In compliance with the biblical injunctions in Leviticus 19:32 which say “you shall stand up in the presence of grey hair, you will honour the person of the aged and fear your God. I am Yahweh”, two centenarians, Virginia Obidigbo (107) and Boniface Ibezim (104), six nonagenarians and many octogenarians totaling eighty persons were honoured last Sunday by the entire parish of St Andrew Adazi-Nnukwu for remaining steadfast to old age, in their Catholic faith. 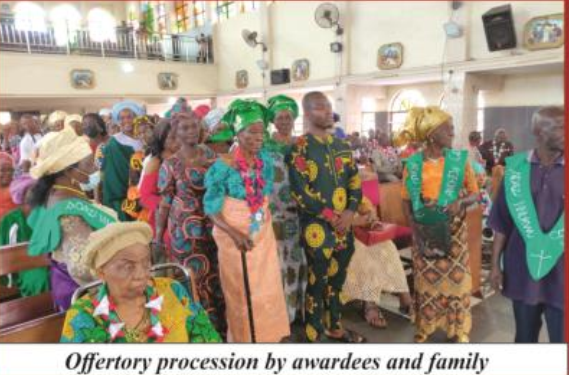 The tap root of the Catholic Church in Awka Diocese from where missionary work of evangelization spread to other areas, St Andrew’s Parish has led once again by example , by appreciating elderly members of  Christ’s faithful aged eighty and above.

The well-attended occasion attracted many relatives, especially, grandchildren and great-grandchildren; friends, in-laws and guests of the honourees from far and wide. So great was the joy of those honoured each of    whom received award plaques and certificate of recognition, that many including Chief Raphael Ezimora and Mr Ambrose Muolokwu were practically jumping with excitement. 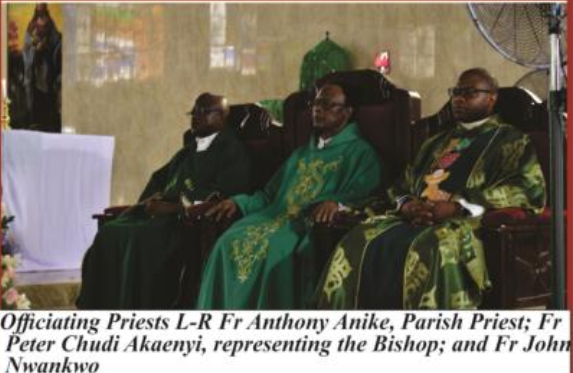 Delivering the homily and drawing from the Old Testament from Deuteronomy and the Gospel of Mark, Fr Akaenyi reminded the congregation that peace, love and progress will only reign where people keep God’s law, which according to him is not a restriction but rather, a principle of life which makes living meaningful.

He urged Christians to keep their hearts clean always and to guard against imposing unbearable regulations on others. With regard to the honour bestowed on the elderly, Fr Akaenyi commended the parish priest, Fr Anike and his parishioners for the wise initiative, noting that to honour and care for the elderly is an obligation of children and the younger generation. 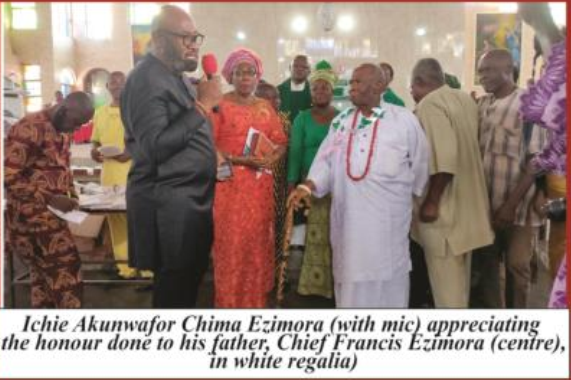 He praised those honoured for remaining cooperative with the grace of God, and prayed God to sustain them with joy and Christian patience to bear health and other challenges of old age until the end.

Explaining the motivation behind the octogenarian celebration, Fr Anthony Anike described the recognition as a means of thanking God for the gift of longevity and appreciating the elderly some of whom may never be celebrated for their numerous sacrifices in raising up children and contributing to the church and society in various capacities. Similarly, the Vice-Chairman of the Parish Pastoral Council, Mr Greg Onugbolu said the celebration was a worthwhile cause which resonates with the campaign of Bishop Paulinus Ezeokafor to celebrate people alive rather than at death. 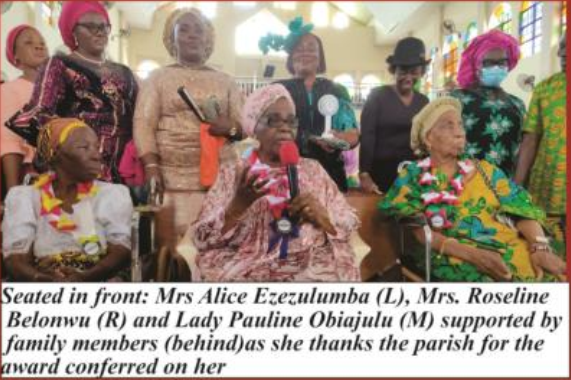 Some of the awardees including catechist emeritus Philip Achuke and Mrs Catherine Onugbolu praised the parish priest for initiating the celebration which they described as first in the history of the parish. Several families whose members were honoured seized the occasion to organize receptions in their various homes where they entertained invited guests.

Highpoints of the Mass were the thanksgiving procession during which many of the honorees and their families brought gifts to appreciate God for the blessing of long life to the elderly, and the presentation of awards by Fr Akaenyi on behalf of the bishop. In appreciation of the honour done to their elderly, many family members and friends of the awardees announced handsome donations in support of projects in the parish. 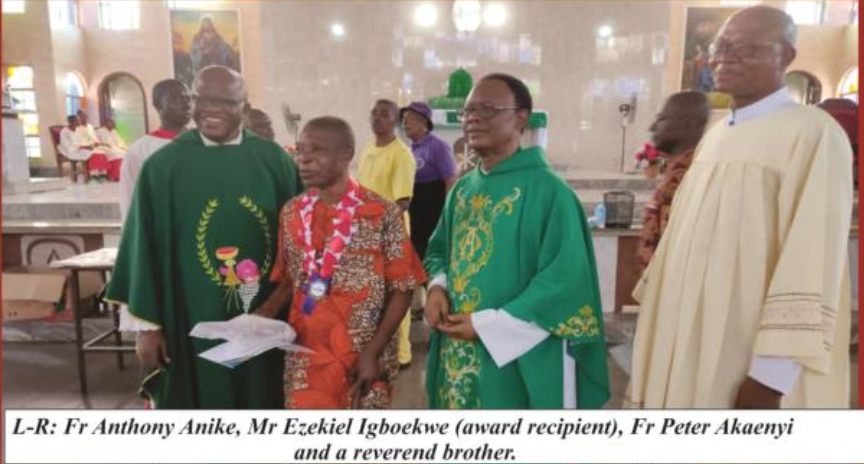