This week on Inspirational Personality page, we are giving us a major throwback of an interview with one of our most youth engaging priests, who marked ten years a Priest in August 2021.

As part of our ways to celebrate him and his classmates priests, we decided to recall his interview with us in March 2019.

Here is a story of a Catholic Priest, who beyond the pulpit reaches out to young people across the world, brings out the best in them and turns them to super stars. He is a well published writer and a poet, a creative designer and  as I call him, a star Raiser! 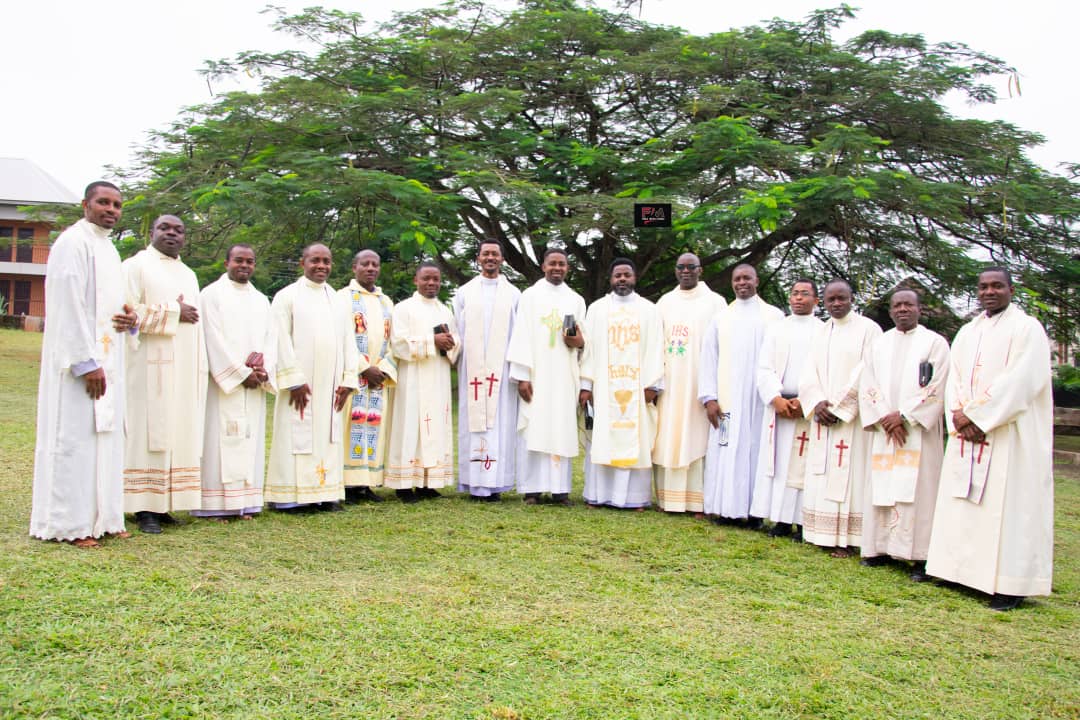 Fr. Amakaeze was born in Okigwe where he had some part of his primary education before relocating to his hometown in Nimo with his family. He continued and completed primary education at St. Pius Primary School Nimo.

JOKA, as he is popularly called was not counted among bright pupils in the early part of his primary education. However, a turning point came in his life when his mother started to wake him up to read at night, at a tender age. His academic performance improved and so were his results.

Fr. Amakeze proceeded to St. Michael’s comprehensive Secondary school, Nimo where he completed J.SS1 to JS3 before joining the Seminary, to pursue his divine convocation.

At a tender age, serving in the military was always his dreams. He looked forward to the time he would grow to be a fully-grown soldier, serving his country in the Army, protecting the national integrity. 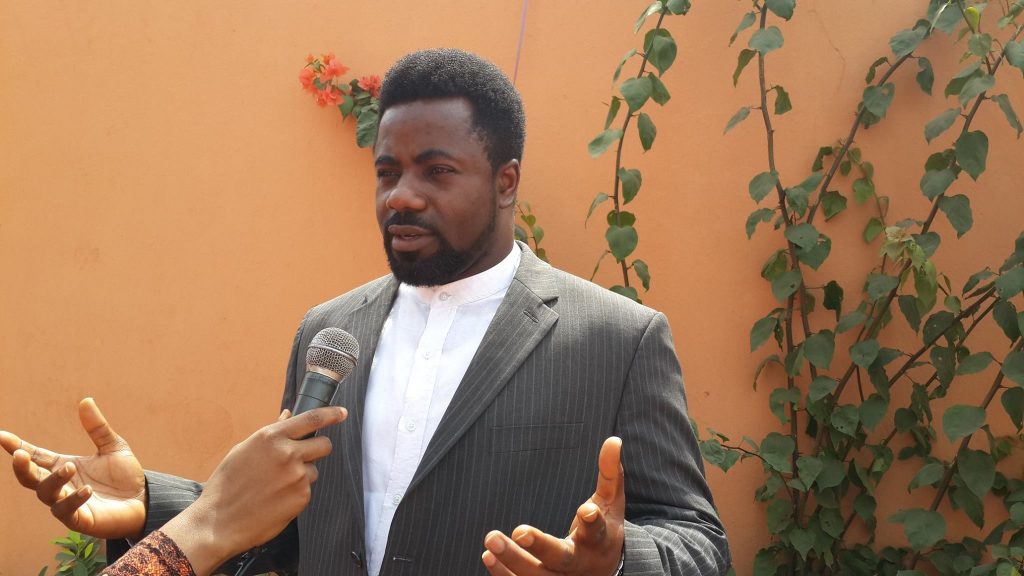 However, on entering the seminary, the zeal for priestly vocation burned higher in him. He saw in priesthood a greater opportunity to serve. “As a priest, you not only serve the people spiritually, but also physically. A priest is to his flock a shepherd, a shining light, a motivator, an educator and a listener” Fr. Amakaeze, noted during an interview with Fides Communications Awka.

Fr. Amakaeze explained that he was called to be a priest and he answered.

The Young Women and Men Creative Association was formed by Fr. Ositadimma Kenneth Amakaeze, in a bid to bring out the best in young people. Yowamca which focuses on young people strives to make everyone believe that he or she has something to offer. In the association, people from all walks of life are brought in, nurtured and their talents developed and finally announced to the world. 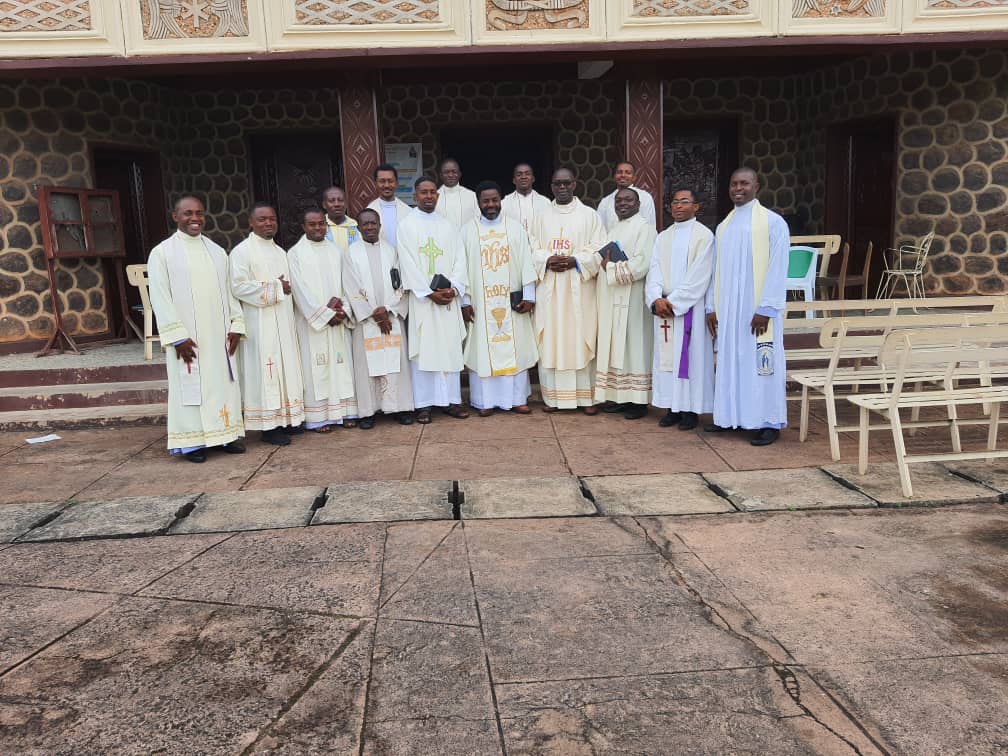 This association gives everyone equal opportunity to shine, ”nobody is a dunce and no child is worthless’ This is a very strong tenet in the association. No human is ever brought into the world empty handed. While some are born to be footballers, others are born to be academicians, artists chefs, musicians etc.

YOWAMCA, simply, helps one discover the hidden talents in them, develops the talents and professionalize it, he said.

At the infant stage, YOWAMCA, exposes kids to books and tools. It is widely believed in the association that if you have books and can handle tools, you will have food. So, books here signify intelligence not necessarily academic, while tools represent hardwork, both are necessary for attaining success and achievements in life.

In YOWAMCA, book clubs, literary events are organized, and celebrities are often invited to read for, and with the kids. Literary competitions are regularly organized for the kids and instead of cash prizes, the winner would be taken to the bank where micro savings account would be opened for him/her to enable the parents make little savings for the future.

Fr. Amakaeze strongly believes in one leaving his comfort zone, just to feel pains and discomforts of others. He believes in sacrificing one’s bread, just to give others cake. In his words, ”philanthropy is not really about money but about service and sacrifice. It is giving, listening to everyone. It is accepting some discomfort to make others happy. Sometimes, you wouldn’t know what people are passing through until you put yourself in their shoes. I was sick and admitted at the hospital during one of my birthdays, and I was forced to the hospital with other patients. Out of joy, many patients declared their healing and were discharged. Since then, I haven’t stopped celebrating my birthdays in the hospital. These are the kind of Lifestyles we adopt in YOWAMCA”

”Finally, in YOWAMCA, we don’t celebrate the wealthy, rather, we celebrate the riches in young people. It is better you raise stars, so that when one’s light begins to fade, he can shine in the constellation he has made” he concluded.

Fr. JOKA believes that failure is a very integral part of success. A successful man fails from time to time. Such supposed failures if handled well, are only blessings in disguise. He cited an example when he failed woefully at speaking in public during secondary school’s debate. The mockery and insults he was thrown at only pushed him to master the art of public speaking and today he is an orator of repute.

Another example of a supposed failure was when he had to repeat a class in the junior seminary days and repeated apostolic work after the junior Seminary formation. His first apostolic work was under His Lordship Most Rev. Paulinus Ezeokafor, who then was the Rector of St. Dominic Savio, Seminary, Akpu. He went on to repeat the Apostolic work under Most Rev. Ezeokafor and Most Rev. Okoye are today the Bishop and Auxiliary Bishop of Awka Diocese respectively.

He described his delays in the seminary formation as God’s divine plan. His ordination finally coincided with the centenary celebration of the coming of Catholicism to Nimo. He was and is still celebrated as the Centenary Priest.

”Birds are not born flyers. They learn to fly and fail many times during the process”.

As a well published writer and poet, Fr. Amakaeze has many books to his authorship. The most celebrated of his books is ”The Last Carver”, while the latest is ”Anu gba ajo egbe”. He also runs a Podcast channel called Omasiri.

Among the many local and international awards, he has received, the one that stands out is smart Ambassador Award, in consultative status with the United Nations.

Our generation needs more “Amakezes”, not just in the church, but also in the secular world. At a time when juvenile delinquency, drug abuse and sexual immorality are on the increase, the world needs mentors like Fr. Kenneth Amakeze to keep shining the light of hope to younger generations