The Catholic bishop overseeing preparations for World Youth Day 2023 in Lisbon, Portugal, has said that the event will be an opportunity to renew hope in the wake of the coronavirus pandemic.

Bishop Américo Manuel Alves Aguiar, president of the WYD Lisbon 2023 Foundation, told CNA that he hoped that the gathering would touch as many young people as possible.

Referring to the meeting’s official theme — “Mary arose and went with haste,” from St. Luke’s Gospel — he said: “I wish that the Lord touches the heart of the biggest possible amount  young people and that they might let this announcement echo in their hearts, standing up and leaving with haste to meet others.”

“I wish WYD Lisbon 2023 to be from and to all the people and that it can mean an opportunity to renew the hope in the post-pandemic period.” 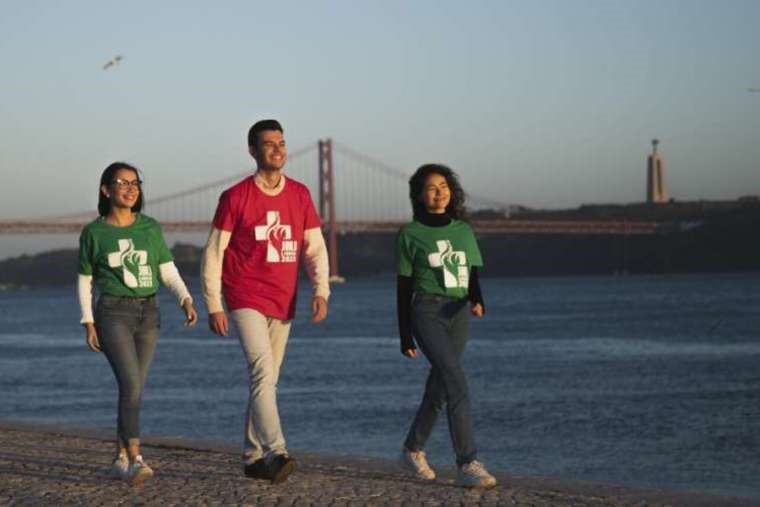 At the age of 47, Aguiar is one of the world’s youngest Catholic bishops. He was named an auxiliary bishop of the Patriarchate of Lisbon, the archdiocese based in the Portuguese capital, in 2019. He is now responsible for the Fundação JMJ Lisboa 2023, the juridical entity formed by the organizers of the international meeting.

In an interview with CNA, the bishop explained how the event’s organizers had overcome obstacles posed by the COVID-19 crisis, which prompted Pope Francis to postpone the next World Youth Day from August 2022 to August 2023.

“The preparation of the World Youth Day has started more than one year ago after the announcement that Lisbon was going to be the next hosting city for the event,” Aguiar said.

“The working teams, following a constant dialogue with the Holy See, are carrying on the preparation of this meeting which is a sign of hope, unity, and fraternity.”

“There are 10 main teams already formed, in areas such as logistics, pastoral, communication, digital, etc., and 300 volunteers already working. We thank them all for their generosity.”

He continued: “The pandemic caused by the coronavirus has brought countless challenges for everyone.”

Aguiar said that the virus had forced organizers to reschedule some activities and focus on the online dimension of the gathering, which is typically held on a different continent every three years.

“We asked young people to be aware of the needs of their communities and to make the difference from there,” he explained.

In light of the pandemic, they asked youngsters to take part in the mission by calling someone who lives alone, speaking to distant family members via the internet, volunteering with local charities, or undertaking acts of service in their parishes.

Pope Francis announced that Lisbon would host the global Catholic gathering of young people at the closing Mass of the last international World Youth Day in Panama City in January 2019.

The city of 505,000 people is around 75 miles from Fatima, one of the world’s most popular Marian pilgrimage sites.

Organizers launched the WYD Lisbon 2023 website and official logo last October. The logo, featuring the Blessed Virgin Mary in front of a cross, in the colours of Portugal’s flag, was selected in an international contest.

In January, organizers unveiled the event’s official theme song. The song, entitled “Há Pressa no Ar” in Portuguese (“There’s a rush in the air”), invites young people to identify themselves with the Virgin Mary.

The Portuguese Episcopal Conference suspended public worship last month due to the “extreme gravity” of the coronavirus crisis in the country.

Asked if there was anything he would like to add, the bishop said: “God bless America!”