Recently, I was behind the wheel on my way to bless a house foundation as requested by one of my flocks. As I came across a nursery-primary school, I saw two pupils between the ages of 5 and 6 fighting behind the school block. It was during recreation time.

The teachers were inside while the children were playing here and there. I stopped abruptly and rushed to the scene to separate the fight in order to catch them young. Their heights were not up to my knees. Therefore I stooped down to separate them. Could you believe it? To my utmost surprise, one of them slapped me and shouted, “Father, leave us alone and mind your business.

We are not in your church.” I retorted, “What? Are you not afraid to slap your elder and to utter such abusive words?” He replied, “Afraid of what? Please go away before I disgrace you now.” My people say that if you come out in the morning and see a fowl pursuing you, kindly run away because it might have grown some teeth in the night. But in this case, I couldn’t oblige myself to that saying.

I must do something different in this case, because these little children shall be elders of tomorrow. I became more enraged. I held the small boy up with my right hand and wanted to throw him into a ditch like a waste pack, but I was restrained by the fatherly spirit in me. However, I rebuked him for the insult. In addition I briefly cast and bound the evil spirit in him. 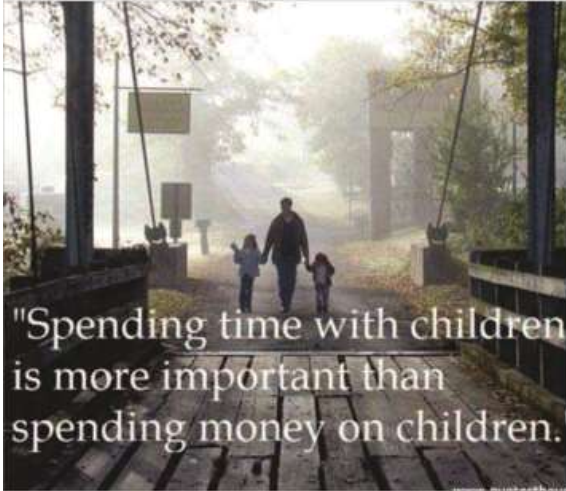 Probably he was bound by Satan while he was in his mother’s womb. On the physical realm, I gave each of the two small stubborn pupils, six strokes of cane and ordered them to run into their classroom. As they reluctantly walked away, they started uttering abusive words at me while I was walking towards my car.

Out of confusion I forgot my destination when I came at a cross-road. I stopped before the intersection and started recollecting myself. After some ejaculation prayers, I came back to myself and remembered where I was heading to. Then I took the right direction. In my effort to catch those stubborn pupils young, I arrived at my destination behind schedule. I apologized for my late coming. At last I blessed the house foundation with ‘akpucative’ prayers.

Wonders shall never end. Few months ago, a little boy of about eight years stumbled into my office and was crying like a professional mourner. I was highly touched. I consoled him like a lovely father should, even though I am not his biological father.

Then I asked him why he was crying profusely. He passionately told me that he lost the five thousand naira his mother gave him for his school fees and other levies. He had been searching for it since morning of that fateful day. He lamented that his mother would beat him to death if she hears that the money was lost. Falling on his tiny knees, he pleaded with me for the replacement of the missing money from my own ecclesiastical pocket.

Looking at his innocent tearful eyes and knees on the ground, I was moved with pity. I heartily replaced the missing school fees and asked him to go straight to his class teacher and pay it. He prostrated before me in full and cheerfully went out of my office. I was highly moved how the 8-year old boy behaved like a wise adult.

The Bible says that whatever is hidden shall be revealed. Could you believe that the ‘innocent’ looking boy was caught after thirty minutes he left my office buying suya, small stout and can-malt at a market place? He lied that his teacher sent him to buy those edibles.

His family member who caught him brought him to the teacher in question with those items as exhibit. The teacher denied sending him. To state the obvious, the boy has not been seen at school for over three days. Instantly, the teacher gave him twelve lashes of cane for lying and stealing. From the school he was brought home before his poor mother who is a widow.

Out of anger, the mother bathed him with peppered water. In fact the mother is daily regretting for having brought the satanic child into this world. He has been a thorn in the flesh since he was born. The mother feels that it is better to be childless than to have such bad child.

Who is to be blamed; the mother or the child? From the ugly narrative of the boy by the mother, I concluded that the boy was born a thief. It was later that I learnt that the child was conceived outside wedlock. Probably the man responsible may have bad blood in his system. Mothers, beware!

The nagging question here is: How can one catch such a born-thief young? Please, if you have any solution, kindly let me know immediately. The mother is dying in silence. The husband of the woman was deaf and dumb when he was alive. If the 8-year old boy could commit such atrocities,

what will happen when he becomes an adult? In fact he needs to be born again physically and spiritually. The mother also is to be blamed. She is languishing due to the consequences of her infidelity. Since the bad boy can no longer be caught young, is there any possibility of catching him old? The best answer attracts a heavenly reward.

Few days ago, my closest priest-friend narrated to me how a 9-year old Altar boy in cassock stole from the collection box on a certain Sunday. To double his sin, he denied having stolen any money. He went further to swear by touching his saliva with his second finger and pointing above he swore, “To God!” The priest doubted the veracity of his oath.

He searched the boy’s pockets and found nothing. Because the suspect was talking like a masquerade, the priest went further to search his mouth. Surprisingly it was discovered that the altar boy hid five thousand naira in N1000 denominations at the corner of his mouth.

They were already soaked in saliva. If the boy has gone to this extent, how can you catch him young? He is already a wolf in sheep’s clothing. How can he be stripped off the wolf incarnate in him? The sheep’s clothing he is wearing is just cosmetic.

How can we catch young a 12-year old girl who has grown wild in prostitution? From the time she was weaned till today, she has slept with over five hundred men. That was the confession she made during her deliverance. In addition, she has committed abortion six times. Seven powerful priests were engaged to deliver her from the evil spirit of prostitution.

It was a herculean task. At last she refused to be delivered. The evil spirit in her has taken full possession. The priests left with sadness and tiredness. Catching her young has become an impossible task. Some of the men who tried to catch her young were seduced and used.

Some women also tried to catch her young. Unfortunately the lesbian spirit in the 12-year old girl subdued them. The family has promised the sum of two million naira to anyone who can either catch her young or deliver her. If you have the physical, psychological or spiritual capacity, then go and try. I am waiting for the result of your trial.

Many factors are responsible for the inability to catch the children of nowadays young. The parents have the major blame. The home is the first school of any child. My people say whatever is born by the serpent must be long by nature.

It is likely that a prostitute gives birth to a prostitute. A cheating father is also likely to have a cheating child in his family. I advise all couples within child-bearing age to pray seriously before, during and after the process of child-making. This will help in no small measure in catching their children young.

Daily family prayer is also recommendable. Prayer can make impossibility possible. As a follow-up, the parents must keep watch the company their children keep. “Okwuru adighi akari onye kuru ya” is an instructive Igbo proverb. This means that children cannot be above their parents. A stitch in time saves nine.

Parents and guardians should be conscious of the films their children or wards watch right from childhood. When we were young, our parents usually switched off the television when immoral or criminal acts were being televised. Also they never allowed us to watch late night movies.

Nowadays, most parents do not care. Similarly, internet services are installed in mobile phones. Some children grab the devise in their parents’ absence and begin from the cradle to download and take delight in evil or immoral sites. Often the bad company they keep outside the home introduces them into such. When they are used to all these, it is difficult to catch them young. May the Holy Innocents intercede for us!