The Catholic Altar Server’s Association of Nigeria (CASAN) Awka Diocese, has held its 2022 Diocesan Convention, with the theme, “Celebration without Consecration is contamination that brings condemnation”. It was a two-day convention which spanned from 2 to 3  September 2022, at Obiefuna Retreat and Pastoral Conference Centre, Okpuno Awka. One of the major reasons for the convention, Fides learnt, was for them to be reminded about their faith and the reason why they decided to serve in the Lord’s vineyard. 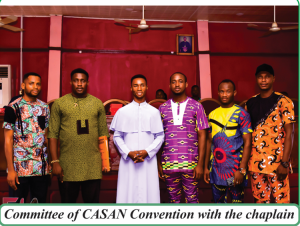 The first day lectures were taken by Rev Fr Patrick Nweke and Rev Fr Daniel Eduzoh, who both emphasized on the “Spirituality of the Altar Servers Association.

Fr Patrick started by reminding them that without the altar servers, the Mass could still take place but if the altar servers were present, there would be a difference. He further illustrated that other than the priests, deacons and the altar servers, no one else was allowed to closely play a part in the preparation and actual celebration of the Eucharist.

He also listed what he called three elements of the spirituality of the altar servers as devotion, dedication and discipline. He explained that the most important of them all is being devoted because,  when one was devoted one became dedicated and disciplined. 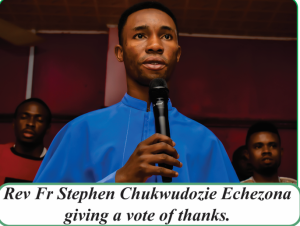 He also advised them to leave an exemplary life so that their characters would draw souls and not distract the people of God.

The grand finale of the convention was ushered in with opening remarks by the chairman of the occasion, Ambassador Chukwuemeka Nwachukwu. He urged all the young altar servers to be good servants of the altar and of humanity, further urging them to also be good ambassadors of Christ in and outside the Church.

The address of welcome was presented by the Awka Diocesan CASAN President, Surveyor Nwachukwu Valentine. He welcomed everyone present and listed the agenda for the convention presentation of awards, launch of altar servers’ polo and fund raising towards establishing skill acquisition centres in all the regions of the Diocese. 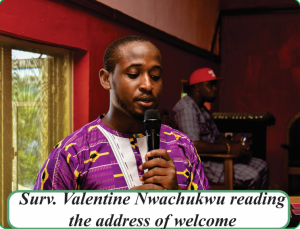 The former assistant Chaplain of the Association, Rev Fr Sebastian Umeh, urged them to stand firm in service to the altar and humanity and to remember that serving in the altar of God was a privilege.

The Chaplain of the CASAN, Awka Diocese, Rev Fr Stephen Echezona, on behalf of the association, announced the awardees; while Rev Fr Michael Oguno, who represented the Diocesan Bishop, presented them to deserving men and women who had been supportive towards the growth and welfare of the association over the years.

In an exclusive interview with Fr Stephen Echezona, Fides gathered that the CASAN diocesan convention happened once in three years. He beckoned on parish priests, vicars, patrons and patronesses to be patient with the training of the young Mass servers around them to bring out the best in them.

In an interview with the chairman of the occasion, Amb Chukwuemeka Nwachukwu, he expressed his joy over the agenda of the altar servers to establish skill acquisition centres, noting that he was also training young people on skill acquisition programmes at his foundation “Osisioma Enugu-Ukwu Foundation”, in Enugu-Ukwu, Njikoka LGA.