…Organizes Send-Off in his Honour 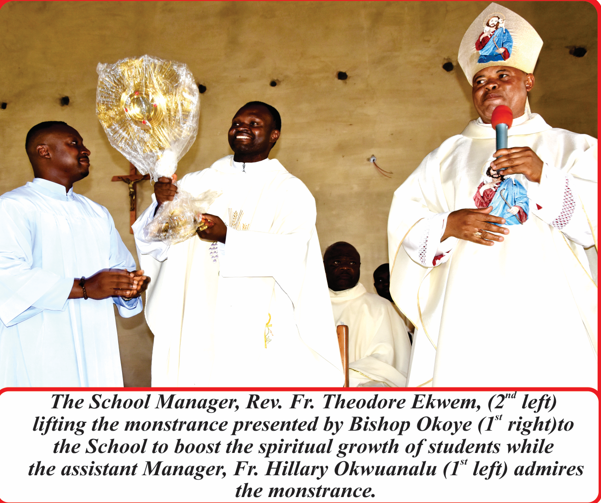 The naming of the academic block after Bishop Okoye was performed in a well-attended thank you ceremony organized by Rev. Fr. Theodore Ekwem-led Management held last Sunday, May 8, sequel to what the school described as his outstanding contributions to the growth of the Catholic owned institution. 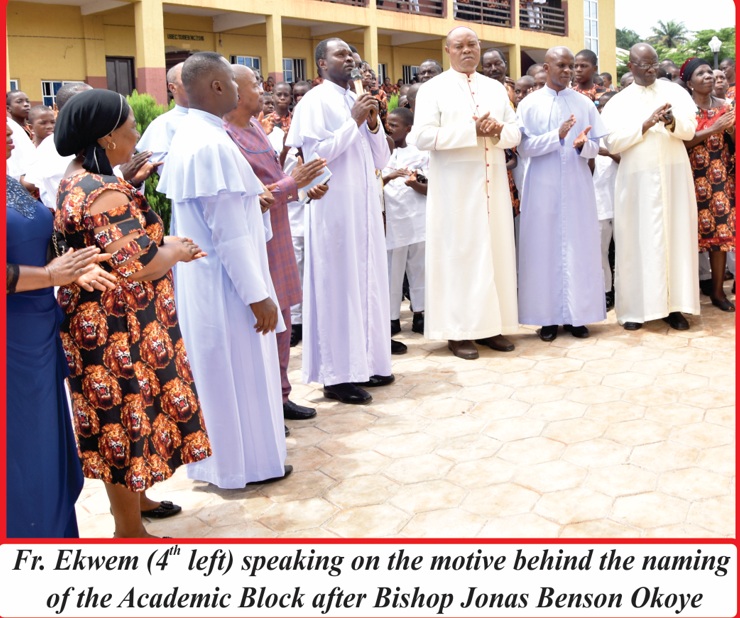 Fides gathered that the academic block which was named after Bishop Okoye was the main and most important building in the school as it houses the Chemistry and Physics laboratories, deans’ offices and some classes. The             naming was also the institution’s way of honouring the Catholic prelate, an illustrious son of their host community. Naming the academic block after Bishop Okoye, the Principal/Manager of BMGS, Rev. Fr. Theodore Ekwem, noted that Bishop Okoye, during the period he was the Auxiliary Bishop of Awka Diocese and lived within the premises of the school, was a source of blessing and great encouragement to the institution.

He maintained that the naming of the academic block was a way of saying thank you to the bishop who was part of the school and contributed immensely to the success story of the school. He said that it was an uncommon phenomenon for a bishop to choose to live within the school premises.

He described him as the bishop of the school and noted that the school needed to show appreciation for all he did before his elevation as the Catholic Bishop of Nnewi Diocese. He described the Bishop’s stay with them at Bubendorff as wonderful.

According to the School Manager, the naming of the school’s academic block was in line with global practices that happened in unique institutions of naming structures after great persons that had been with them. He disclosed that Bubendorff was a unique institution as the first secondary school in Awka Diocese, following its establishment in 1959, saying that the school was older than the diocese. 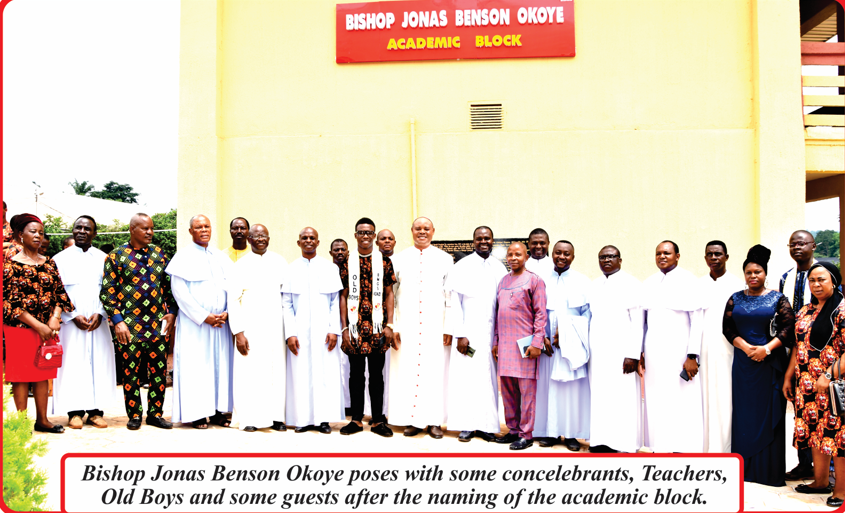 He noted that as a pioneer secondary school there was need for the school to have structures named after great persons, noting that the academic block was critical to Bubendorff as it symbolized the image of the school and naming it after Bishop Okoye showed the great respect which the school had for the Church and the host community and would serve as an inspiration for the younger generation of students. 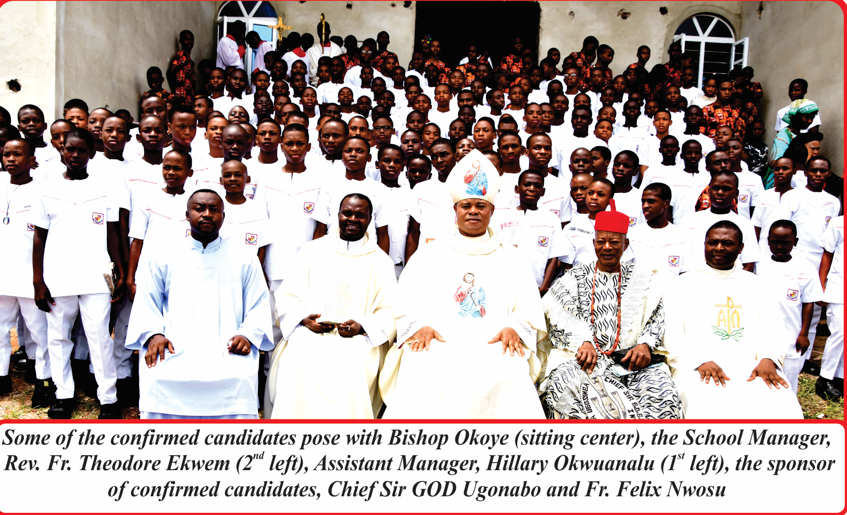 He reaffirmed his commitment towards doing more for the citadel of academic excellence and revealed plans towards attracting donors that would execute more hostel blocks following the growing population of the students. 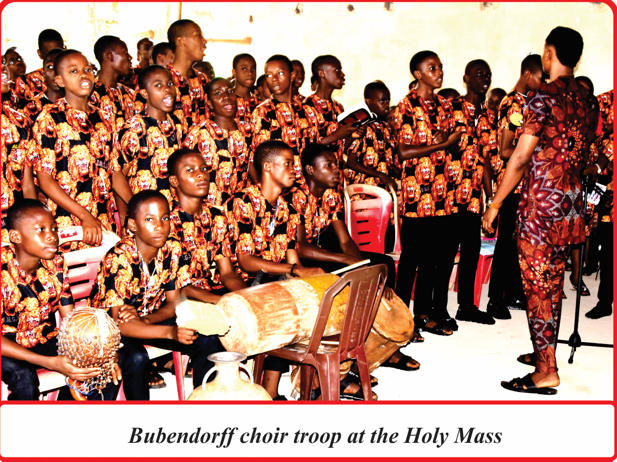 He urged the Management to pay closer attention to the formation and training of the students and expressed happiness that the Catholic Bishop of Awka Diocese was doing a lot by sending priests that were capable of ensuring effective formation.

The highpoint of the event was the presentation of gifts to the bishop by different classes, teachers and the representative of the 344 confirmed Catholic students of the institution.