Mr Kehinde Aremu ,Coordinator, NYSC Anambra State, has advised the 2021 Batch ‘A’ Corps members undergoing their orientation program in the state to strive to surpass the achievements of their predecessors. 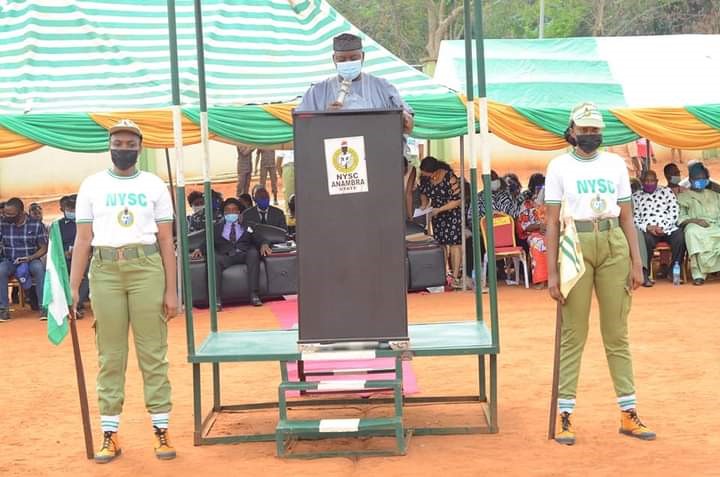 Mr Kehinde Aremu ,Coordinator, NYSC Anambra State, addressing 2021 Batch ‘A’ Corps members during the formal opening of the orientation camp in the state.

He recently gave the advise during the formal Opening of the 2021 Batch ‘A’ Stream 1 Orientation Course, at the Permanent Orientation Camp, Umuawulu/Mbaukwu, Awka South Local Government Area, Anambra State.

Aremu charged them to participate enthusiastically in all camp activities and adhere to COVID 19 protocols. He further noted that despite the outbreak of the deadly disease, normal life could still go on as long as the rules guiding the curtailment of corona virus are obeyed. He thereafter declared the 2021 Batch ‘A’ Stream 1 Orientation Course opened in Anambra State.