BREACH OF PROMISE TO MARRY

Marriage, in our society, is one of life’s ultimate goals. So, it deserves all the ‘God when?’. It is even more exciting when it’s in view- promise to marry. There’s more joy in expectation, after all. A young man and woman are in love; they relish the joy of being married someday. In this hope, a lot of mouth-watering sacrifices, emotional and financial, are made. 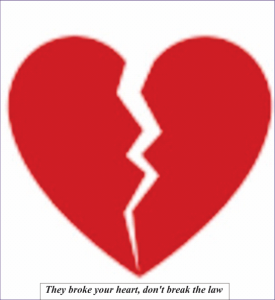 On a very good day, one of them wakes up and is not who he/she was a day before; they’re calling it quits. Perhaps, he/she has been acting along for the benefits ad interim, or honestly sees reasons this lovey-dovey must end.

For whatever reason, ‘breakfast’ is served, and this can be the most despondent period of one’s life. School fees have been paid. House rents have been borne. Another already-made man/woman has been turned down. Personal ambitions/opportunities were forgone. Wasted years! God abeg!

Quickly, remember it’s better that it never worked, than that you ended up in a marriage you couldn’t have enjoyed no matter how much effort you’d have expended. Instead of becoming a believer of ‘love na scam’, or even contemplating suicide, resorting to hard drugs, losing your head and your job, look for a lawyer instead. Your ex may have committed an offence, and the time could be ripe for you to make some fortune.

To begin with, a promise to marry is a binding contract in Law. According to the Black’s Law Dictionary, “A contract is an agreement between two or more parties creating obligations that are enforceable or otherwise recognized at law.”  Promise, on the other hand, is “The manifestation of an intention to act or refrain from acting in a specified manner conveyed in such a way that another is justified in understanding that a commitment has been made; a person’s assurance that a person will or will not do something.”

It is not every relationship that wears the apparel of promise to marry. However, as stated by the apex Court in Ezeanah v. Attah (2004) LPELR – 1198 (SC);

While the law may at times require that an agreement to marry should be in writing, the law will be prepared to hold in appropriate cases that the parties intended to marry in the absence of any written agreement. In this respect, the court will take into consideration the institution of marriage as a trade in the relevant society and how persons generally engage themselves in agreement of marriage.

As a contract, a promise to marry contains the element of an offer otherwise called a proposal. The proposal must be directed to a particular person. It should also not be conditional, or else it won’t be valid until the fulfilment of that condition. See FGN & Ors. V. Zebra Energy Ltd (2002) LPELR-3172 (SC). This is followed by acceptance by the one to whom the offer of promise to marry is made.

Acceptance of a proposal must be immediate or within a reasonable time. It is not reasonable to purport to accept a proposal after two years. Again, the acceptance must be communicated, and must also be unqualified. For instance, if Max proposes to Mary, and the latter only accepts on the condition that Max sends her to Oxbridge. This is a counteroffer, not an acceptance. See Bilante Int’l Ltd v. N.D.I.C. (2011) LPELR – 781(SC). 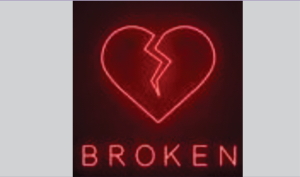 Promise to marry must also pass the test of intention to create a legal relationship, that is, it must be such that a reasonable person would have regarded such promise as intended to create a legal marital relationship, not mere cohabitation. The parties must have had the mutual understanding that they agreed to get married. Another important factor is that the parties must have the capacity to make such promise.

This means they cannot be minors (under 21) and must be of sound mind. Lastly, the parties must have furnished consideration. Consideration entails some right, interest, profit or benefit accruing to one party, or some forbearance, detriment, loss or responsibility given, suffered or undertaken by the other.

Summarily, in Ezeanah V. Atta supra, the court held that to succeed in an action for breach of promise to marry;

Two elements are necessary to constitute a breach of agreement or promise of marriage. First, the party jilted must prove to the satisfaction of the court that there was in fact a promise of marriage under the Matrimonial Causes Act, 1990, or under Islamic Law or under Customary Law on the part of the other sex. Second, the party reneging has really and as a matter of fact failed or refused to keep to the agreement of the marriage.

Breach of promise to marry could be by non-performance or anticipatory. Non-performance occurs when a date has been scheduled for marriage but the other party refuses to honour such or where there is a condition which ought to be fulfilled before the marriage but the defaulting party refuses to discharge a such obligation. A breach of promise to marry is anticipatory is when a party, before the date fixed for the marriage, cancels it or elopes with another person.

DEFENCES TO BREACH OF PROMISE TO MARRY

Suffice it to say that the factors that render a marriage void are also defenses to breach of promise to marry. This is possible where a party, before marriage, discovers any of these factors. According to Section 3(1) of the Matrimonial Causes Act, the factors include:

Again, the apex court, in Mabamije v. Otto (2016) 13 NWLR (PT. 1529) 171 SC, held that if after a breach of promise to marry, the jilted party decides to settle out of court for whatever consideration, s/he is estopped from bringing any future action on the same facts. Imagine being served breakfast and you resort to self-help only to go ahead and break the law.

Truly, Love, sometimes, can be the loneliest place to be, but there is nothing new under the sun. Your ex and indeed, the world, move on while you live in the past. Hit the gym, have fun with friends, show up at work with enthusiasm, and let your lawyer get back at your ex. Most importantly, if you want a marriage or not, discuss it with your partner.