Former Anambra Governor, Peter Obi, has identified the mismanagement of borrowed funds, which he calls borrowing for consumption, as a serious threat to Nigeria’s economic survival.

Obi who said this last Sunday on Njenje Media TV, explained that while borrowing in itself was not bad, the mismanagement of borrowed funds was part of the reasons Nigeria had not only retrogressed, but mortgaged the future of generations to come.

He lamented that Nigeria’s government, over the years, had failed to invest all the funds borrowed from different sources. He said that more saddening was the amount of financial resources that went into debt servicing.

‘For every N1 we borrowed, 80kobo was spent servicing the loan. One looks around in the country, and there is no development that justifies the funds borrowed over the years. If the funds borrowed were invested in the critical areas of development; that is education, health and poverty alleviation, Nigeria would have developed beyond what it is today,’ Obi said. 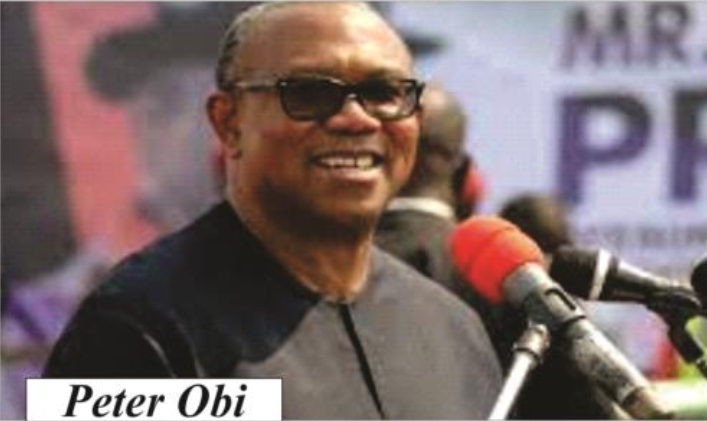 He continued, ‘There is nothing wrong with borrowing. What we need to do is to put a law in place that if we must borrow, it must strictly be for investment in areas of growth. Many countries have built robust economies with borrowed funds. We can do the same if only we commit to the development of our nation.

‘What the above implies is that a country like Bangladesh borrowed funds for investment. Today, the small scale business sector of the country is growing and exporting textile materials to the UK. Their diaspora remittances today is about $25 billion. This goes to show that they invested in educating their people too.

‘Thus the borrowed funds meant to pull our people out of poverty threw more people into poverty, doubled unemployment rate and so on. It is therefore obvious that the borrowed funds in Nigeria, over the years, were not properly managed,’ Obi concluded.