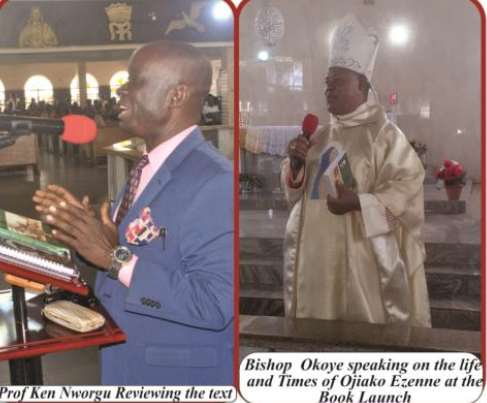 Fides gathered that the book which told the life story, accomplishments, inputs and impact created by Ojiako Ezenne, an Adazi-Nnukwu monarch who ruled the community for 41 years, was part of efforts by the Ojiako family to keep the legacies of their father alive.

The book which centered on the life history of Ojiako Ezenne was written by Sr. Mary Francis Regis Ojiako (IHM), one of the late monarch’s daughters and launched at St. Andrew’s Catholic Church, Adazi-Nnukwu, after a concelebrated Eucharistic Mass led by the Auxiliary Bishop of the Catholic Diocese of Awka, His Lordship Most Rev. Jonas Benson Okoye.

It will be recalled that the book used to immortalize the late monarch in gold letters, took 33 years of conscientious research and was concluded in 2021,  75 years after the death of the late monarch.

Reviewing the 430-page book of five parts, a university Don at Nnamdi Azikiwe University, Prof. Ken Nworgu, commended the writer for what he termed an excellent piece of work, saying that the book was structured in a progressive manner that would aid effective comprehension of readers across various levels. 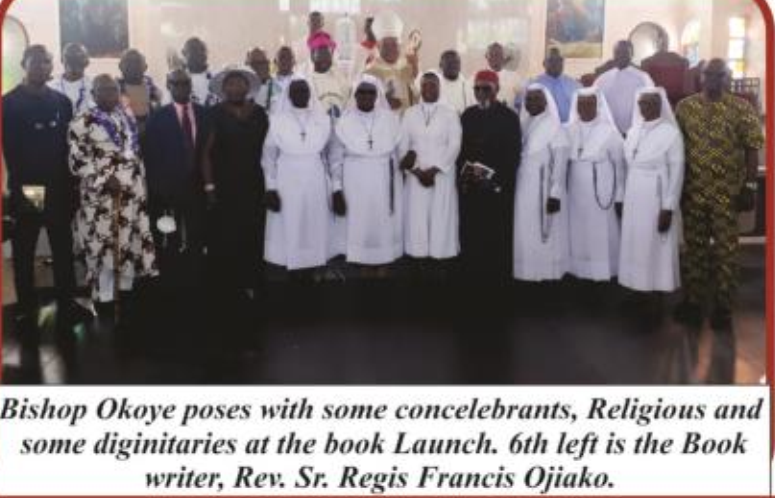 He maintained that no book could exclusively talk about the man called Ojiako Ezenne, as he was a man of different parts who married about 48 wives during his life time and boasted of over 500 direct descendants.

Speaking to Fides, the writer of the textbook, Sr. Ojiako, IHM, said she was motivated to venture into research to tell the story of Ojiako who governed Adazi-Nnukwu for indigenes of the community and environs to have a comprehensive understanding of the man called Ojiako.

She disclosed that the father’s encounter and dealings with the White Man brought about the early civilization and development which Adazi-Nnukwu, as a community, could boast of. 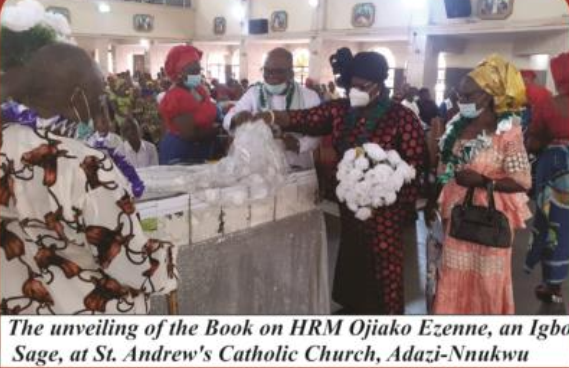 Sr. Ojiako maintained that the text was to correct a wrong impression made in a write up published in 1995 about Catholicism in Adazi-Nnukwu, saying that her father lived for the masses and had passionate spot for growth.

She narrated how the book came into existence, saying that after her retirement in 1995, she started putting words down in a bid to document the man called Ojiako whom people knew in different spheres for numerous deeds as a result of his life.

Unveiling of the book, launch and review, were highpoints of the book launch.