The Music and Art Centre was blessed and declared open for use by the Auxiliary Bishop of Awka Catholic Diocese, Most Rev. Jonas Benson Okoye. 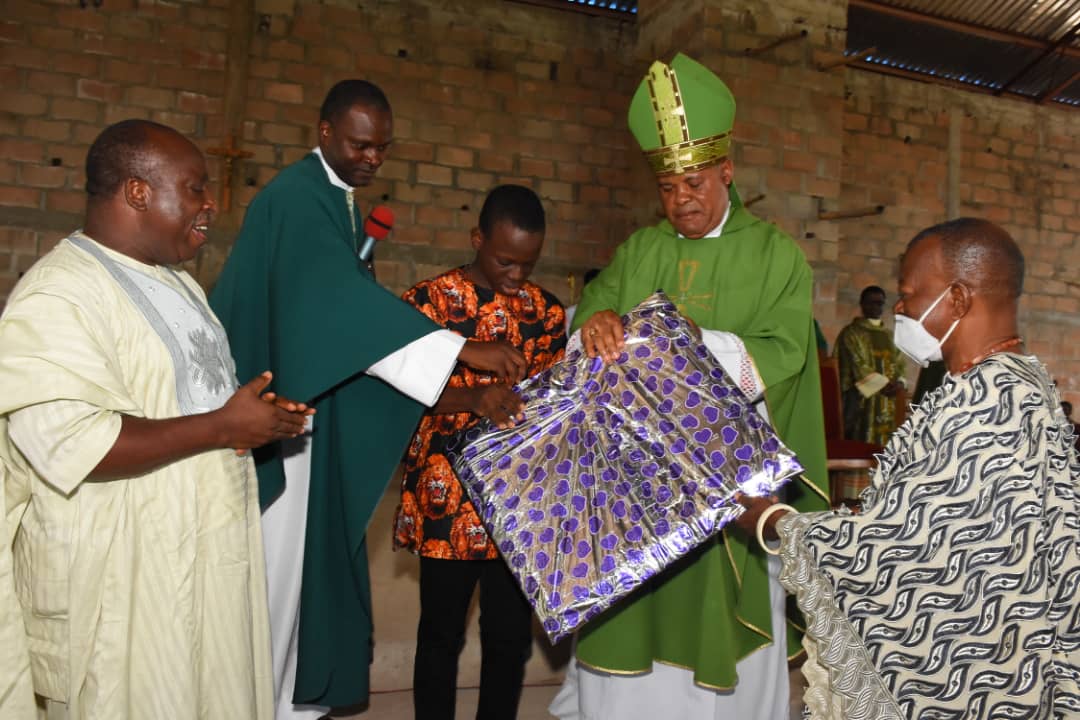 Blessing the edifice which was commissioned by Sir Nwokoye, Bishop Okoye commended the school Management led by Rev. Fr. Theodore Ekwem for initiating the project, which, he said, would assist students to develop their talents in the area of music, art and literary writing.

He maintained that the field of art, music and writing held numerous possibilities for students who were keen to develop their skills, saying it would be an avenue for the young minds to retell the story about deeds of the Igbo clan, thereby promoting the cultural heritage of the people.

‘The Music and Art centre will be of numerous benefit to the students; first, it is going to encourage the students who have liking for music to develop in the area as God has endowed individuals with different gifts. So it is a good avenue for students to develop music and art that will help, educate and back the cultural value that would help to enhance life in society.

‘Aside the mundane music, people can learn also to develop ecclesiastical music as this is a Catholic Church. I believe that those who would make use of the facilities would also think in that direction,’ he explained. 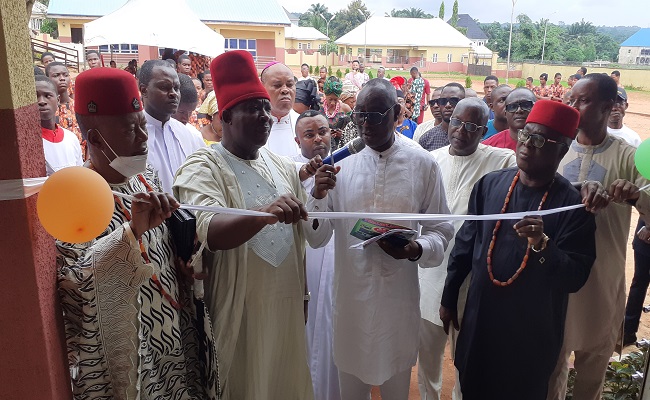 The Catholic prelate who also blessed the Bubendorff Main Avenue which is over six hundred meters, and the Hall of Fame, after its commissioning by Engr. Theodore Ezekwe and Chief Boniface Ugonabo respectively, said that the school had continually shown its commitment towards making the academic environment of the students conducive and spurring them to greater heights.

Speaking on the rationale behind the project, the School Manager said the School Management taught it wise to name the centre after Sir Nwokoye due to his immeasurable contributions and efforts towards uplifting the standard of the school.

He described the naming of the centre after Sir Nwokoye as an honour well deserved due to the alumnus’ liking for music and art; even as he said the assistance which Sir Nwokoye had rendered to the school, when equated, would be more than building the centre. 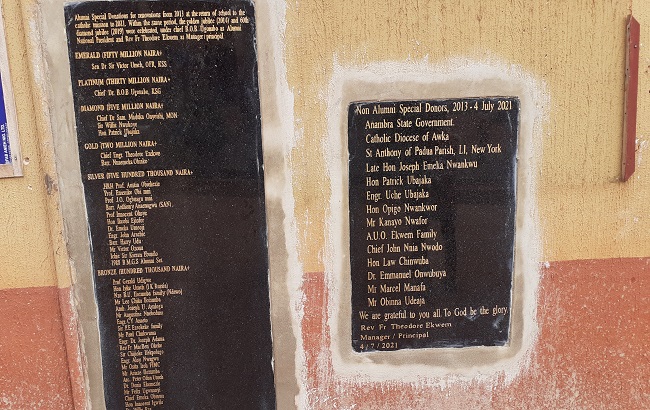 He explained that the centre was put in place in order to project art and music in line with Igbo cultural heritage and challenge the students to develop the skills required in music, art and literary writing. He expressed optimism that the growing interest in the field of music would spur the student’s and disclosed that the school team had the intention of bringing experts to tutor those who were already in Music Club, saying that it was going to be an all comers’ thing.

Speaking to Journalists, Sir Willie Nwokoye, who appreciated the great honour bestowed on him by the school team, promised to equip the centre to the best standards. He predicted that the centre would achieve its purpose by producing statesmen that would make great mark in the music and art world. 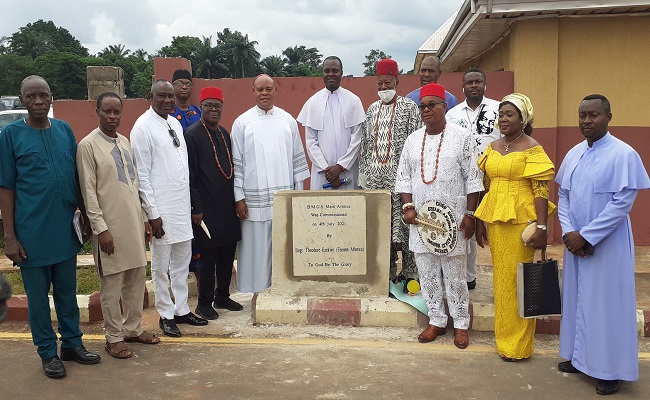 In his words, ‘The Management of the School in their own thought, without my prompting, built this centre and named it after me because of the things they believe I have done, using my office, to facilitate for the school. I am very much pleased with it because I have been an art person, I have been a supporter of music and I think every child has their gifts; some are gifted in academics, some are gifted in the things of art. I am very pleased associating myself with this and I appreciate the honour of this place being named after me.

‘Going forward, I will, within the limits of my capacity and my resources, help to equip the centre,’ he promised.

Nwokoye recalled his early days as a student of the school and appreciated the formation he received, pledging to commit more resources to ensure that students of the school achieved their dreams and aspirations.

In his remarks, the Anambra State Head of Service, Barrister Harry Udu, enjoined the students of the school to aspire for the best to ensure that the commitment of the Alumni and that of Anambra State Government yielded great results.