It was an auspicious event on Sunday 24 July 2022, as the famous Bubendorff Memorial Grammar School, Adazi Nnukwu, marked the 60th birthday of Senator Chief Sir Victor Umeh at the school’s chapel, Our Lady of Perpetual Help. 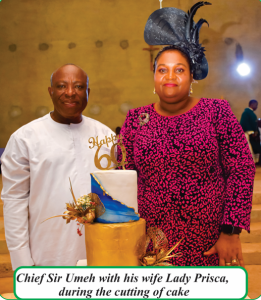 Sir Victor Umeh has been supporting the school in different projects such that he singlehandedly built the chapel of Our Lady of Perpetual Help, still undergoing construction.

Sir Umeh was born on 19th July, 1962, and after primary education, he proceeded to BMGS where he acquired his secondary school education.

In his homily during the Mass, the Manager of Stella Maris Secondary School, Abagana, Rev. Fr. Augustine Oguine, based his reflection on two things: prayers and thanksgiving. He explained the first reading (Luke 11:1-13) which focused on how Jesus taught his followers how to pray; and then second based on the fact that Christians ought to offer thanksgiving to God in all situations.

He listed intercessory prayers – communal prayers and adoration – as the different types of prayers.

Fr Oguine called for the combination of prayers and hard work in order to achieve anything in life; even as he emphasized the need for hard work after prayer. He explained that the grace of God worked with what one was involved in. 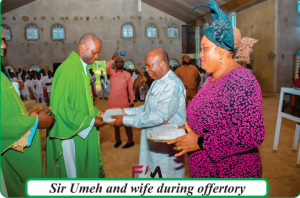 He also encouraged the students to work hard, pray and be of good character as they returned home for the holidays, explaining that there was joy when parents saw their children prosper in character and learning. He advised the students to always imbibe all they had been taught and then express them visibly.

The cleric noted that no matter how one prayed, God did not come down from heaven to help but used humans to do his work. He commended the efforts of the celebrant, Chief Umeh, who, he said, had been a major benefactor of the school. He thanked him for contributing to make BMGS what it had become, especially through his efforts to build the chapel without any help.

He prayed for him and his wife, Lady Prisca Umeh, who, he said, had been very supportive, as well as rendering her own service to humanity.

‘Sir Umeh has become a strong pillar of the school and the Church in Awka Diocese,’ he said. 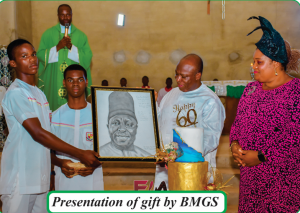 In his remarks, the Manager of BMGS, Rev. Fr. Theodore Ekwem, on behalf of the school, thanked the auxiliary members of staff who worked in the just concluded academic session (2021/2022). The occasion also served as a send-off for them. He also recognised the best graduating students of 2020/2021 set and congratulated them.

He further appreciated all present, especially Sen Umeh, for the honour of allowing the school to host the celebration of his 60th birthday despite his tight schedule and initial plans not to make the celebration elaborate. 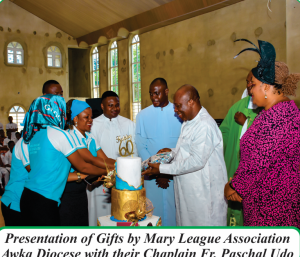 In his vote of thanks, the celebrant appreciated the gifts, as well as those who made out time to come celebrate with him in such a short notice. He also commended the BMGS family for celebrating him as he explained why the chapel project was yet completed and assured of its due completion.

The highpoints of the event were the cutting of the birthday cake, presentation of a portrait of Umeh by the school’s Arts Department, presentation of gifts by CYON and Mary League members, among others. 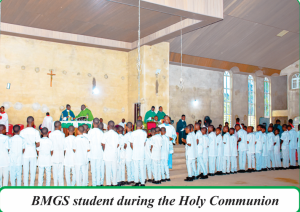 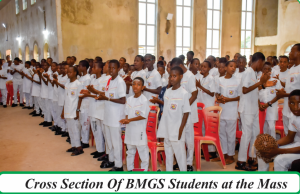 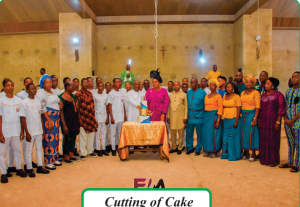 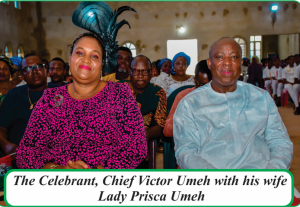 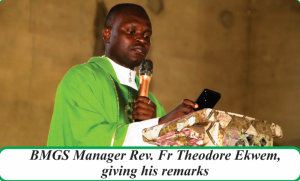 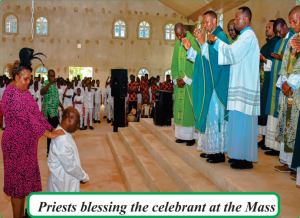