…Sets up Fitness Centre in Honour of the Decease

The Management, staff and students of Bubendorf Memorial Grammar School, Adazi-Nnukwu, has collectively called to mind the impactful and committed life of service lived by one of its benefactors, Hon. Joseph Nwankwu.

The celebration of the life of Sir Nwankwu whose contributions and efforts assisted in the transformation of BMGS shortly after its return to mission by Governor Peter Obi’s Administration, was held at the School Podium, Sunday 14 February, 2021.

Fides gathered that BMGS Team organized the event to mark the one year memorial of the death Sir. Nwankwu. 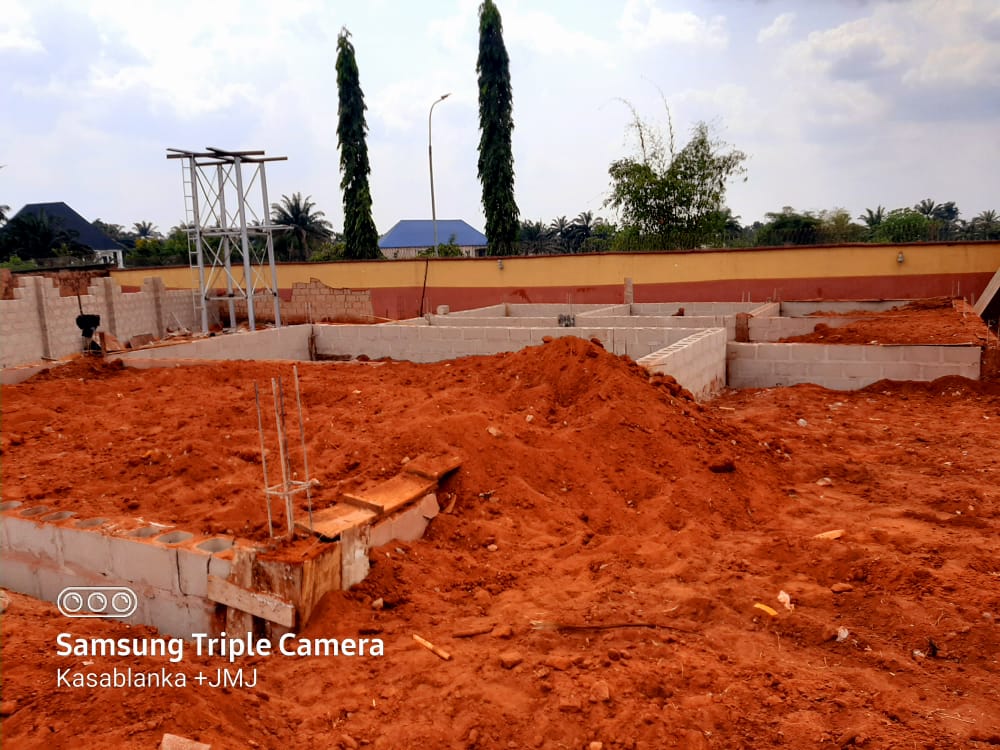 Hon. Emeka Joseph Nwankwu, an indigene of Abagana was born on the 18th of November, 1962 and studied Political Science at University of Nigeria Nsukka. Late Nwankwu, an Alumnus of Christ the King College, Onitsha and Boys High School, Agulu, was the former commissioner of Public Utilities, Water Resources and Community Development in Anambra State.

According to the Manager of BMGS, Rev. Fr. Theodore Ekwem, Late Nwankwu was instrumental to the revival of BMGS, describing his contributions as legendary.

‘His support to the revival of BMGS since her return to the mission in 2013 is legendary. The renovation and construction of a number of projects: Library building, old principal’s lodge and Divine Mercy Podium are credits to him and his friends especially Hon. Patrick Ubajaka. He also donated generously to our fencing project too’ he disclosed.

Leading in the concelebrated Memorial Mass, the auxiliary Bishop of Awka Diocese, Most Rev. Jonas Benson Okoye and among others priests in attendance eulogize the deceased for his life of service.

In his homily titled, “the agony of rejection,” Bishop Okoye, brought to mind the treatment meted on leprous patients whom were liken as the rejected in society then. In line with the injunction given to the leprous patient by Christ after his healing, Bishop Okoye regretted that modern day pastors and preachers tend  devia from Christ’s teaching especially in broadcasting miracles performed through them.

He commended the initiative behind the one year anniversary organized by the school for one its benefactors, saying that the manager as a pastor of souls must have noted the importance of praying for the departed.

He described the late Nwankwu whom he knew personally before his death, as a man who lived for others, saying that the deceased was richer when he came into office as a commissioner than when he left office contrary to those who amss wealth for themselves when given opportunity to serve the masses.

Bishop Okoye who had been following the activities of BMGS since its return, recalled that Nwankwu was among the personal friends Fr. Ekwem, who were called upon to assist the institution reclaim its past glory.

The auxiliary Bishop said that the plan to set up a fitness center in memory of the school’s benefactor was a commendable idea and a way of engraving his name eternally in the school.

He said that in celebrating the life and times decease, the school had flagged off the construction of a fitness center which would provide facilities for gymnastics and other in-door sports events for those who cannot withstand the strains associated with most out-door events.

He said that the center was being constructed under auspices of Directorate of  Sports Awka Diocese.