The newly appointed Bishop of the Catholic Diocese of Nnewi, Most Rev. Jonas Benson Okoye, has hailed the Management of St. John’s Innovation Institute of Management and Technology (JIIMATECH) on steady maintenance of product quality and deployment of technological means in its production processes.

Bishop Okoye made the commendation last Sunday while speaking to Fides at the graduation ceremony and exhibition of products produced by students of JIIMATECH at Neni, Anambra State.

He expressed happiness that the vocational institute which he started in 1999 was serving the purpose of its establishment, noting that people through the institute were adding value to their lives and legitimately meeting ends. He described those tutored at the vocational and technical institute as the real employers of labour and maintained that such individuals could easily translate the theoretical aspect of their training into practical means by recreating things. 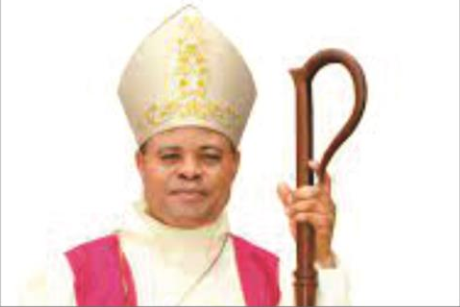 He said the Management of the institute, led by Rev. Fr. Francis Michael Enyosiobi, had done much to change the face of the institute and some production processes through the deployment of technology in an innovative manner to offer more value to its growing customers. He expressed conviction that the quality of the products produced in the institute would never be compromised as the Management Team had always made quality and standardization its watchword.

He maintained that vocational education involved the recreation and transformation of natural resources in an innovative means into other products geared at solving human needs and problems.

The Catholic prelate who currently serves as the Auxiliary Bishop of Awka Catholic Diocese, described vocational and technical education as the way forward, saying that it assisted in solving the unemployment problem ravaging Nigerian society and would contribute in boosting the nation’s economy by helping youths to be gainfully employed.

He noted that people who were trained in the field of vocational education did not look up to their parents for support and beckoned on parents not to look down on vocational studies as it was the only way they could empower their wards.

He advised students to devote more attention to their studies and become more innovative in recreating things, just as he urged them against having low opinions of themselves nor think of themselves as unimportant in society, as they were very good at what they did.

Bishop Okoye charged them to be ready to teach the practical aspect of their course to those who had graduated from the university, saying that they were in win-win situation.

He commended the Governor of Anambra State, Sir. Willie Obiano, and wife on the support which the institute had received from them and explained that the support had translated into the success and qualitative training the students were receiving.