Fides Media’s Chioma, who was formerly known by Ndife as surname, was Saturday, April 10, 2021, wedded to her heartthrob, Emeka Okigbo, at Archbishop A. K. Obiefuna Retreat, Pastoral and Conference Centre, Okpuno. It was the first time the Auxiliary Bishop of the Catholic Diocese of Awka, Most Rev. Jonas Benson Okoye, who wedded former Miss Ndife and her husband, celebrated a wedding Mass at the centre.

The Catholic prelate, who explained that he now preferred to celebrate Mass for anniversaries of couples who had lasted long in marriage, stated this while delivering a homily at the joining of now Mr and Mrs Emeka Okigbo. He added that he had since ceased celebrating wedding Masses for fresh couples.

He charged the couples to continue in prayer as it was an important element for the strengthening of their union as husband and wife, adding that they should cherish the relationship that existed between them, having respectively taken a decision to be married to each other. 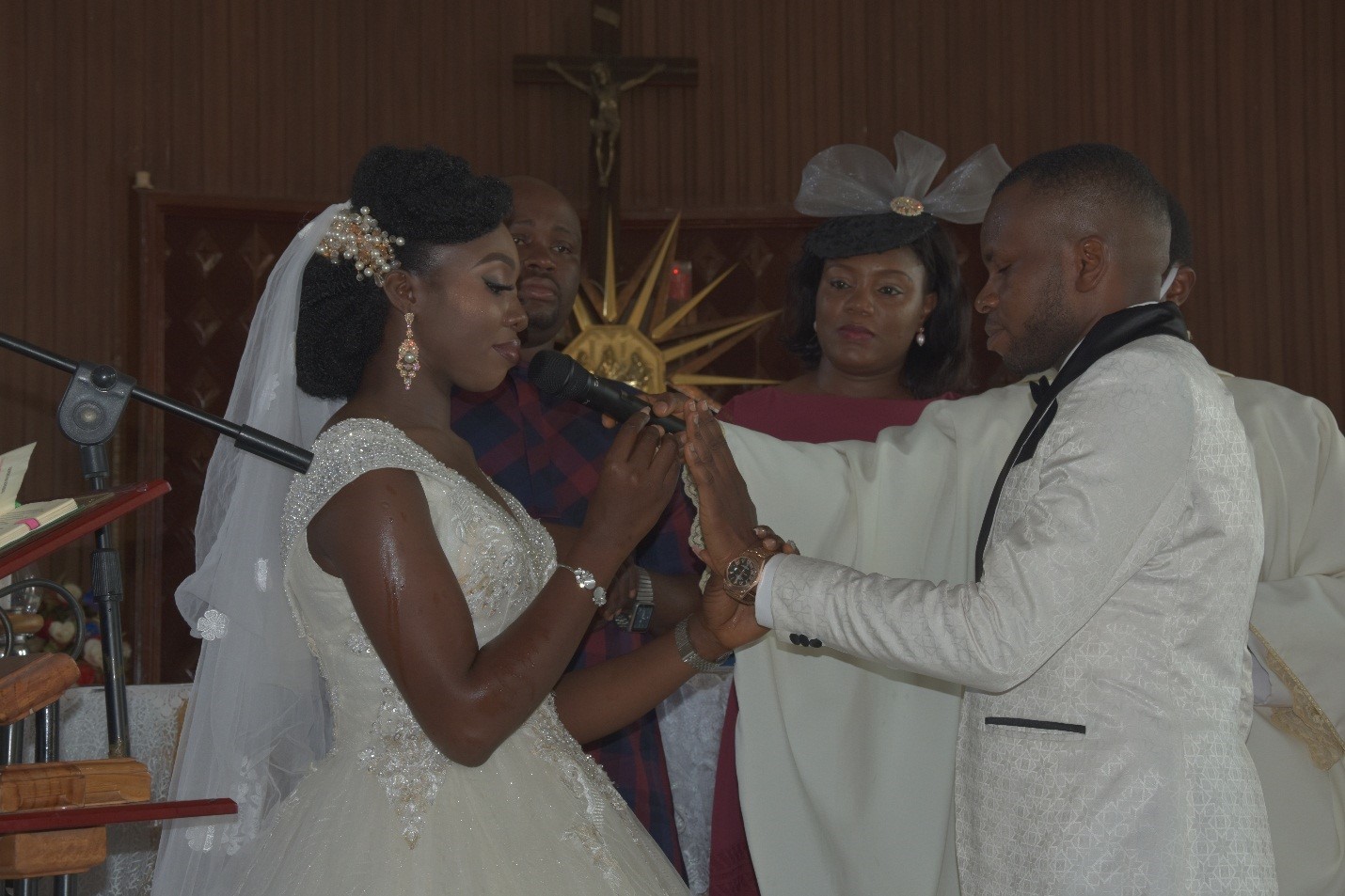 He warned them against unduly involving third parties in their marriage, adding that they should contain problems within themselves, while noting that he would not want to be a witness at the Tribunal.

The cleric has been a bishop for at least, six years and Mrs Okigbo has been his Chief Press Secretary and Media Personnel. He has also celebrated Mass for two golden jubilarian couples this year.

Later in the village at Anaku in Ayamelum Local Government of Anambra State, during the traditional wedding, it was a swell time where an appreciable number of persons including: staff members of Fides Media; members of the Nigeria Union of Journalists; Media Practitioners Only members (a social media group); staff members of Electronic Development Institute, graced the occasion

Prayers were offered for the couple by their parents, friends and well-wishers, for the success of their marriage.

Meanwhile, the Editor-in-Chief, Fides Newspaper, Mr Jude Atupulazi and the Assistant Editor, Fides Newspaper, Mrs Uche Amunike, while congratulating the couple shortly after the Mass, told Mr Okigbo that his wife had a good heart. Atupulazi also encouraged her to continue with her good disposition and never treat her husband badly.

While wishing the newly wedded well, he described Mrs Okigbo as one whose hard work was exemplary, such that if put into the marriage, would succeed.