As Anambra warms up for the gubernatorial election, November 6, the Bishop of the Catholic Diocese of Awka, Most Reverend Paulinus Ezeokafor, has charged the electorate to desist from selling their voting power to politicians, even as he gave a thumbs down for the burial of the late mother of Obinna Iyiegbu, popularly christened Obi Cubana, in Oba recently.

Bishop Ezeokafor was speaking during his homily at Sacred Heart Chaplaincy, Ngozika Housing Estate, Awka, recently where he commented on the state of the nation, noting that the nation was not at its best, which was why the Church had been offering prayers for Nigeria in distress. 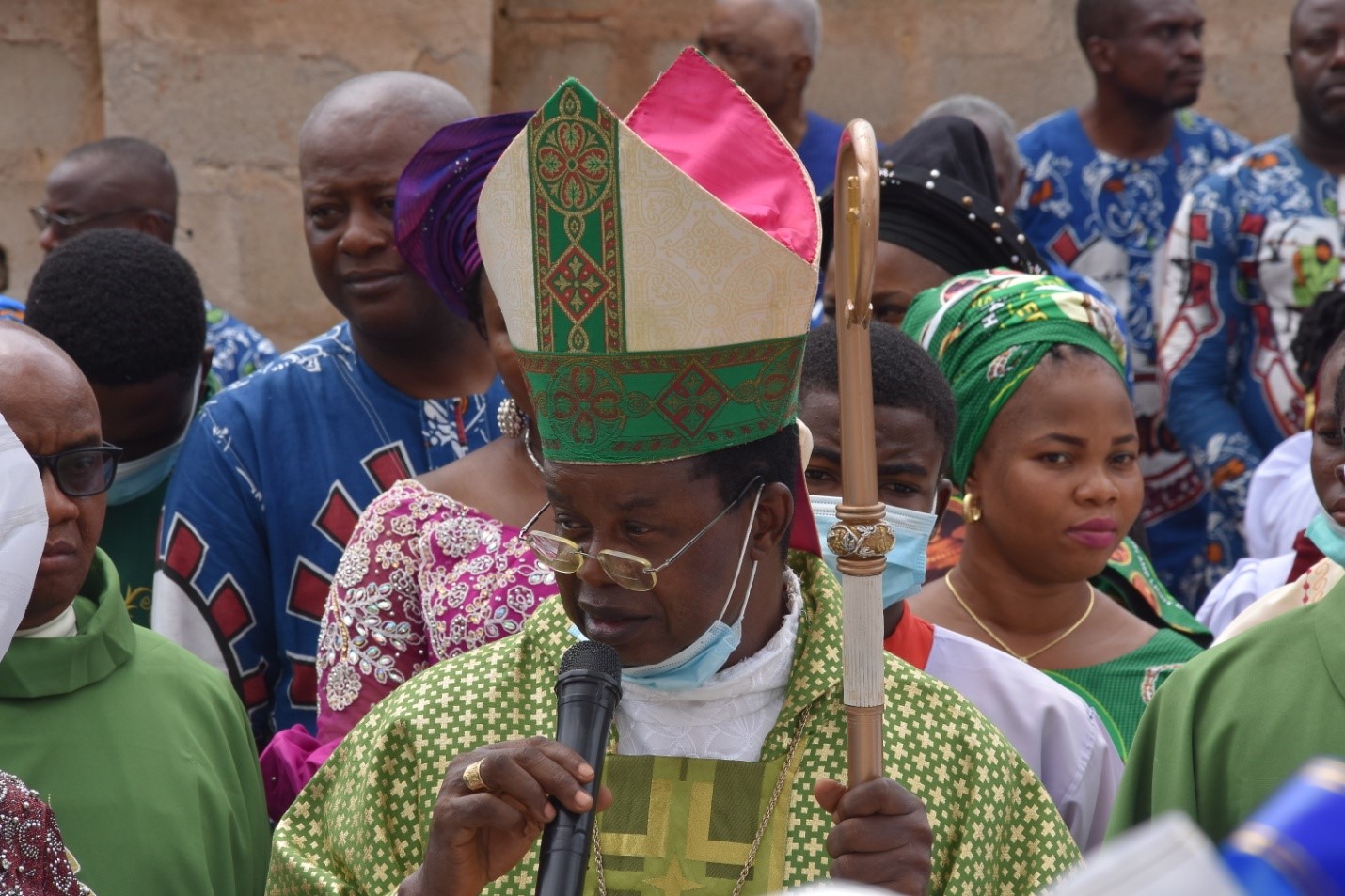 He said many elected political office holders were not aware of the duties they were charged with, blaming it on the process of electioneering which saw their election into offices where they bought votes with meagre amounts of money and items.

‘He has given you your constituency project and every other thing he should have done for you as your representative,’ the Bishop explained, noting that once the electorate accepted the gifts, they had sold their rights for the next four years when the next election would hold.

The Awka Diocesan Bishop of the Catholic Church recalled that in 1993, even though there was no sophisticated technology compared to now, votes were electronically collated and it was clear that the late Moshood Abiola won.

Bishop Ezeokafor said the absence of e-voting had empowered many politicians to engage in nefarious acts.

He attributed the constant prolonged litigation processes that came after elections to the absence of electronic voting, saying candidates who felt cheated in elections filed many suits in the courts, seeking redress for malpractices meted to them.

He observed that even the Independent National Electoral Commission, INEC, had, through their Voter Education Officer, said they would be able to transmit votes electronically and urged that they be given the chance to do it as there was enough time before the next election to put things in place.

The Catholic prelate urged congregants to continue in prayers and noted that if prayers were not being offered, things could have gone worse than they were.

In a related development, Bishop Ezeokafor described as foolish consumerism, the amount of money, N12 billion, reported to have been spent by Obinna Iyiegbu during the burial of his late mother.

Reflecting on the number of cows slaughtered and how people fed themselves wantonly, he said such consumption was not good as it either ended up in the lavatories or even caused sickness for the consumers.

‘We are talking about befitting living and not befitting burial,’ Bishop Ezeokafor said, worrying that the deceased might not have been celebrated that much when she was alive, and added that such showmanship could cause envy among people who were still struggling to make ends meet.

The Bishop who noted that if he was given N1 billion out of that money, he would put it into Peter University, also said it would have been better to invest greater percentage of the money in industrialization, which he noted, would have been a better way for Iyiegbu to immortalize his late mother.