Six years after the creation of the parish, the Catholic Bishop of Awka Diocese, Most Rev Paulinus Ezeokafor, last Sunday, September 19, made his first pastoral visit to St. Benedict’s Parish, Enugwu-Ukwu, during which he blessed the parish’s reverend fathers’ rectory and administered the Sacrament of Confirmation on forty-two parishioners. 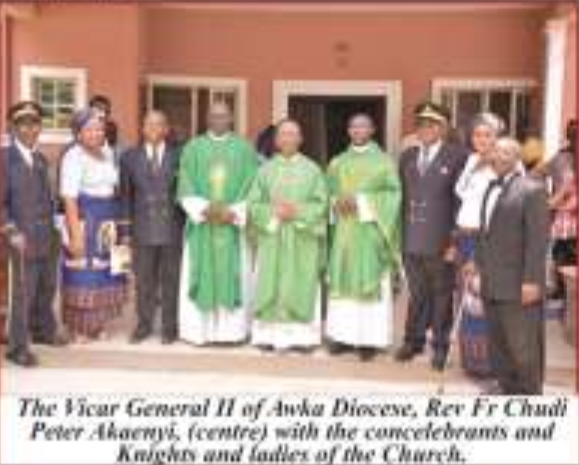 Bishop Ezeokafor was represented by the Vicar General II of the Catholic Diocese of Awka, Very Rev Fr Chudi-Peter Akaenyi.

St Benedict’s Parish, at the event which also featured reception of First Holy Communion by fifty-nine children of the parish, also honoured some of the parishioners who had contributed to the growth of the parish.

Leading in the concelebrated Mass, Rev Fr Chudi-Peter Akaenyi, in his homily, advised all against giving in to the ills of greed and selfishness, which, he said, had eaten deep into the lives of many. He enjoined the faithful, who received the Sacrament of Confirmation, and their counterparts, who received the First Holy Communion, to live out the fruits of the Holy Spirit which they received as ideal witnesses of Jesus Christ.

Fr Akaenyi, who encouraged parents not to relent in the proper formation of the children, charged all on life of obedience, righteousness and goodness, as against the vices of the devil.

The Pastoral Visit Organising Committee Chairman, Engr. Ejike Onuora, in his address of welcome, noted that the event was designed to reposition and equip the Christians to profess and partake in the evangelization of the gospel of the Church in society as lay faithful. He commended and acknowledged the doggedness of the parish priest, Very Rev. Fr. Dr. Irenaeus Bernard Okonkwo, who he described as an indefatigable priest. According to him, Fr Okonkwo’s fatherly care and immense sacrifices contributed to the growth of the parish.

For his part, the chairman of the occasion and Managing Director of Anambra Broadcasting Service, ABS, Nze Uche Nworah, appreciated all for their efforts and sacrifices, which, he said, made the event a success.

In a telephone interview with Fides, the parish priest, Rev Fr Okonkwo, congratulated those who received the First Communion and the Sacrament of Confirmation for what he described as yet another feather they added to their spiritual growth. 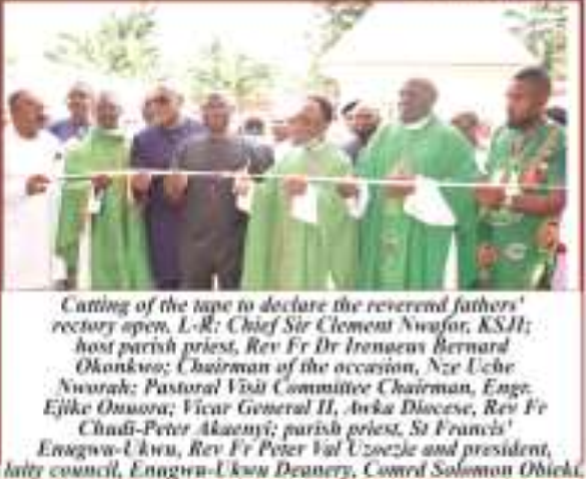 Rev Fr Okonkwo, thanked God for the soldiers in prayer and faith which St Benedict’s Parish had in the first holy communicants and those who received the Sacrament of Confirmation. He expressed his delight that they were nurtured in basic Catholic prayers and teachings before they received the sacraments.

The parish priest will be relocating to Adazi-Nnukwu for his pastoral assignment in October.