No fewer than 109 students have been invested as the pioneer students of St. Albert the Great College, Agulu, by the Catholic Bishop of Awka Diocese, Most Rev. Paulinus Ezeokafor, with their apparel to signify the College’s symbol. 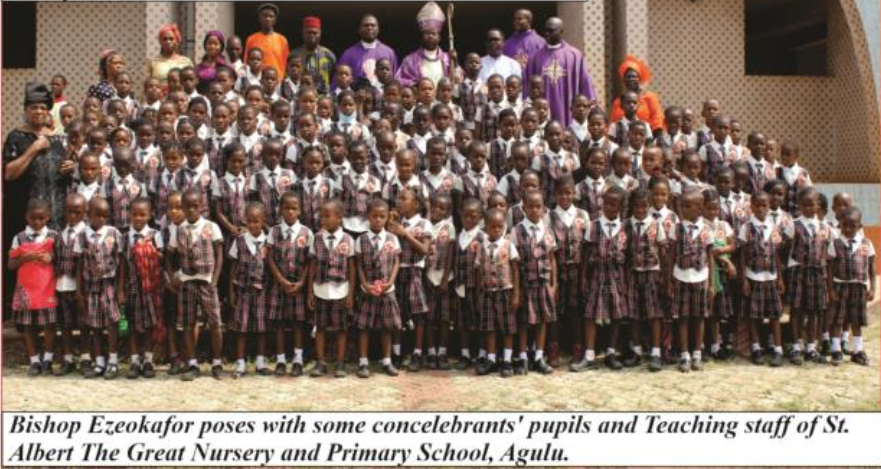 Addressing the newly invested students, Bishop Ezeokafor beckoned on the students to make effective use of the fertile environment provided by the school Management and make the best out of their lives. He advised the students to listen to their teachers and abide by the rules and regulations guiding their academic environment.

‘The students have been given a good foundation; they have a very nice opportunity, and it is for them to develop themselves by listening to their teachers and getting disciplined,’ Bishop Ezeokafor stated.

The diocesan Bishop disclosed that after his tour around the school premises, he became much convinced that the new school had all that was required in terms of structure, facilities and staff strength, for the new students to excel in their new academic environment. 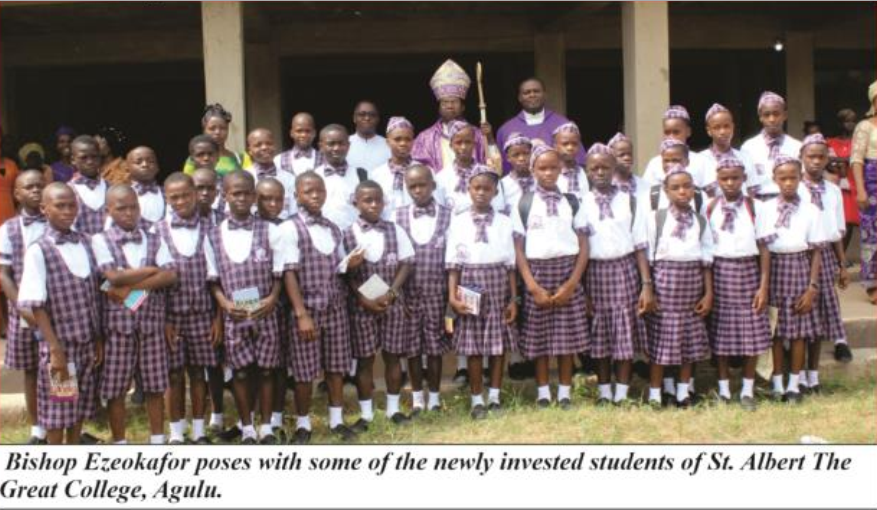 He commended the parish team of St. Patrick’s Agulu, led by Rev. Fr. Romanus Okongwu, for the bold step which they took in establishing the College, saying that their investment was in the right direction. He expressed optimism that the parish in a few years’ time would see the outcome of their investment and urged the Management to commence plans for future growth as he anticipated more students’ entrance. He said that the parish team, from what was on ground, financed all that the students required to excel academically.

He expressed happiness that the new College, through the assistance of Onwusolwulu family, could already boost of a library outfit and emphasized the importance of a library in the effective functioning of an academic environment. He said the students, through the use of the library, would develop a reading culture and expose themselves to the world of books. 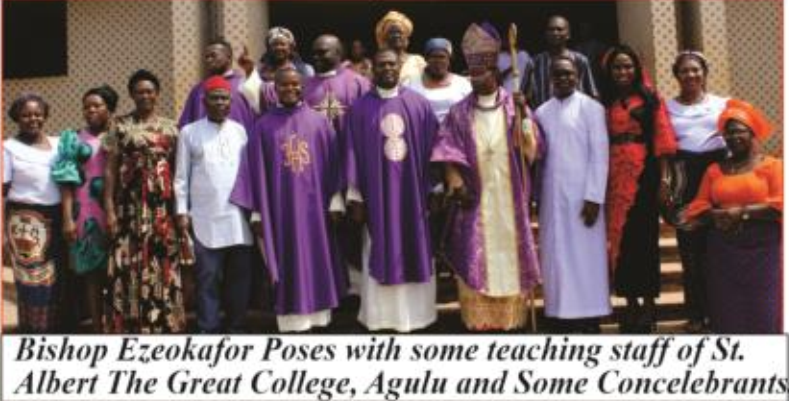 He noted that the exposure which the students would gain through books and other facilities provided in the library would help them know about great deeds achieved by different great minds while alive, noting that the success stories would inspire them to become successful later in life.

He disclosed that plans for expansion were already on ground as the parish hoped to organize fund raising to finance the construction of the administrative complex, fund the employment of more academic staff and facilities required by the students to compete with others anywhere in the world. 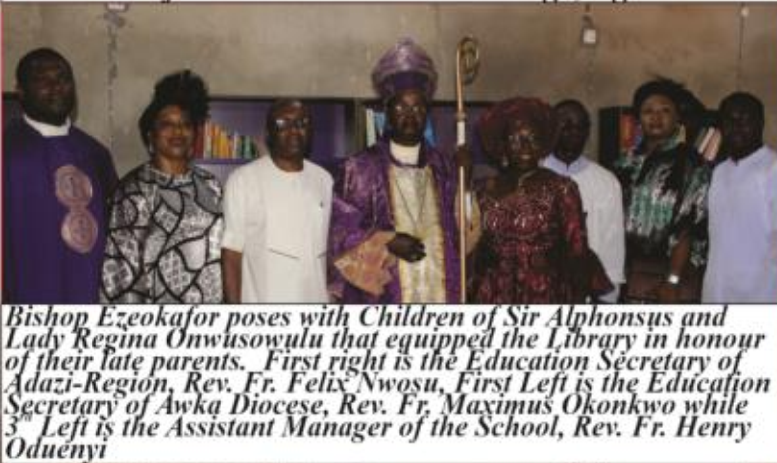 Fr. Okongwu who functions as the School Manager, appreciated Bishop Ezeokfaor for performing the investiture ceremony of the College’s pioneer students and believed that the new uniform which they would adorn would mark them out from other students in the community.

He appreciated the Parish Vicar, Rev. Fr. Henry Odeneyi, for the excellent roles he had been playing in the College to ensure the smooth running of the day to day activities. He thanked the Dedication Committee of the parish for their sacrifice which saw the take-off of the College and disclosed that the team started the foundation of the College and conducted the entrance examination and interview for the tutorial staff.

Speaking on the motive behind equipping the College Library in honour of the late Alphonsus and Lady Regina Onwusowulu, Hon. Fidelis Onwusowulu emphasized the importance of a Library in any academic environment. He said the project which the family executed was in fulfillment of the promise which the family made to the Church at the burial of their late mom.

He said his late parents were advocates of education with a strong love for education that made them train all their nine children up to university level. 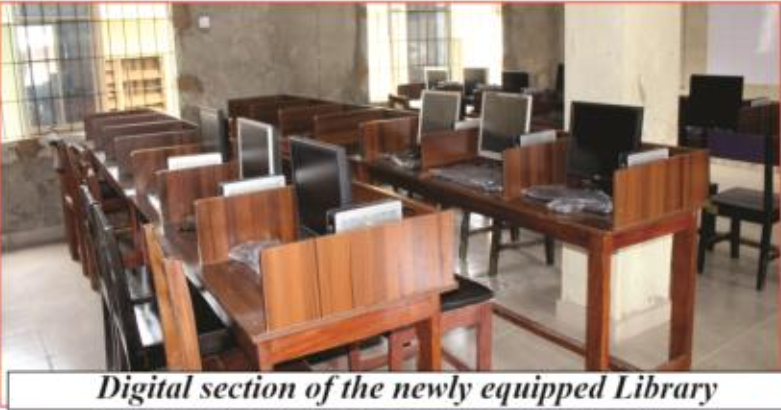 Contributing, a member of the family, Dr. Amaka Okoye, disclosed the intention of the family to institute an academic award for the most dutiful student and most Library user to boost academic performance in the school. She also noted that the family would be offering scholarship to two intelligent but indigent students, noting that the family had been supporting other schools and had decided to come home and develop the school in their own abode.

For her part, the Principal, Lady Nonye Ezeuzo, said that the reading culture would be inculcated into the students through the Library facility and expressed conviction that the investiture of the students would mark them out from other students in the community.